Senior profile: After nearly 40 years working for the community, Lorraine Welk will retire

She and her husband Herman will retire in Roseville 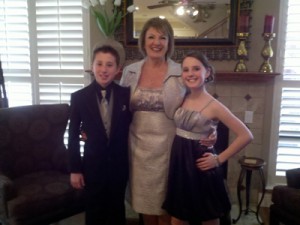 Lorraine Welk has raised hundreds of thousands of dollars over the years for various local organizations in Morgan Hill. It was the need of a doctor that got her interested in fundraising. While working as a teacher in Tok, Alaska, Welk raised the money to fly the physician into town two days a week to care for its 300 residents.

“It was an amazing experience,” said Welk. “It was an eyeopener that broadened my abilities.”

Those abilities have enabled Welk — who is the site director of Gavilan College’s Morgan Hill campus — to volunteer and lead numerous organizations, including the Chamber of Commerce, Leadership Morgan Hill, United Way Silicon Valley, Morgan Hill Community Partnership, Downtown Revitalization Committee and the Gavilan Gala, to name a few.

Now, after nearly four decades of living, working and volunteering, Welk and her husband Herman — a design engineer for Applied Linear Devices in Sunnyvale — will retire in November and move to Roseville. They will be six miles from daughter Gretchen and son-in-law Chris and her 15-year-old twins grandchildren Jake and Haley.

Her son Gregg is a videographer for CBS and lives in San Francisco.

“My husband said it was time,” Welk said. “He said we should do this now instead of in 10 years.”

Born and raised in Brooklyn, New York, Welk graduated from Brooklyn College with an Associate Degree in Liberal Studies. After college she traveled Europe for a year, came home and worked for about a year to save money. Then she and a girlfriend bought a camper and traveled the United States. That’s when she ended up in Tok where she taught school to Athabascan children. She later worked for the University of Alaska in Fairbanks.

While at the University of Alaska, a colleague contacted her about a job opening at Stanford to fundraise for its MBA program. She got the job, and there she met the man who would become her husband, a cousin of Lawrence Welk. The couple lived in Mountain View before moving to San Jose where their two children were born. When their children were 3 and 4, the couple decided to find a more rural place to live, so in 1976 they bought a house in the Jackson Oaks district of Morgan Hill and moved in a year later.

In 1979 she got involved with the Morgan Hill Chamber of Commerce.

“I was a stay-at-home mom for seven years and I loved it,” she said. “Once they were in school I helped out in their classrooms, but I needed to do something more. I was always Herm’s wife and the kid’s mom.”

The chamber experience made her more confident, she said.

“It gave me the maturity, enthusiasm and all the important traits — responsibility, hard work, motivation,” she said.

Another of her passions is Leadership Morgan Hill, which is celebrating its twentieth session next year.

“It’s a wonderful program for this community that trains and develops future leaders,” she said. “Even if you’re already a leader, the nine-month program allows you to see opportunities you may not have seen before.”

Welk said she’ll stay involved with Gavilan, helping the college fundraise and will be involved in the Second Annual Gavilan Gala which raises money for students’ basic needs, such as bus fare, books, and other necessities.

“Fundraising is in my blood,” she said from the small office adjacent to the Community and Cultural Center that’s covered with photos and her many awards and certificates of appreciation. Networking is vital to fundraising, and Welk works tirelessly at it.

“After someone meets you face to face, they’re unlikely to immediately reject your e-mail,” said Welk, who is concluding her sixth and final term on the Chamber of Commerce’s board of directors.

“When you have a passion, that comes through in the conversation.”

Now, she and her husband want to enjoy their golden years. She has girlfriends in Roseville and maybe she’ll take up gardening. One thing she wants to do is take a year off from any volunteering before “jumping into anything.”

“We want to spend more time together,” she said.

The one constant they’ve managed to carve out of their busy schedules is they take a soak in their hot tub with a cup of coffee about 5 a.m. each morning.