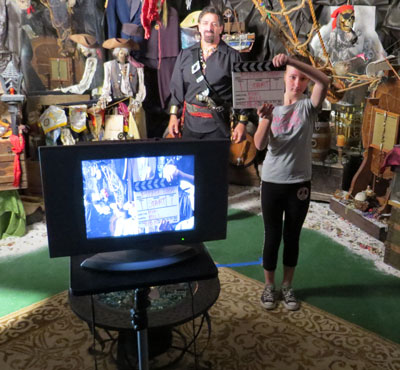 Morgan Hill’s Poppy Jasper International Film Festival returns May 12 to start its second decade drawing movie lovers to view many of the best independently-produced films made locally and around the world.

This year’s six-day festival features many fun surprises including the debut of a locally-made pirate movie TV show and films created by filmmakers in Australia, India, Columbia and Canada, said festival organizer Kim Bush. After taking a hiatus in 2014, the Poppy Jasper returned to downtown Morgan Hill’s Granada Theater in mid-May instead of its usual autumn time frame.

“We figured we wanted to change things up from the first 10 years as we’re starting decade No. 2,” Bush said. “We moved it from fall to spring to take advantage of the great weather. We also have increased the festival from three days — a long weekend — to six days.”

The festival kicks off Tuesday May 12 with Granada Theater doors opening at 6:30 p.m. for a special free screening of “Pirate Theater” show host introductions starring Morgan Hill resident Rich Firato. This performance will be followed by a volunteers-sponsors thank-you party at GVA Cafe. Wednesday May 13 the festival will show for free a Make-A-Wish Foundation special film titled “Madzilla!” about a Chicago boy with cancer starring in a movie about turning into a giant monster lizard similar to Godzilla. That showing will also feature a selection of family-friendly films.

Thursday May 14 evening will kick off the festival’s new category of adult-themed “edgy films” as the Poppy Jasper screens the feature-length drama “Anatomy of the Tide,” a coming of age story about three adolescent boys on a New England island.

“It’s a gorgeous film shot off the coast of Maine,” Bush said. “Joel Strunk is the director and he’s thrilled to be flying out here to share his film with us.” 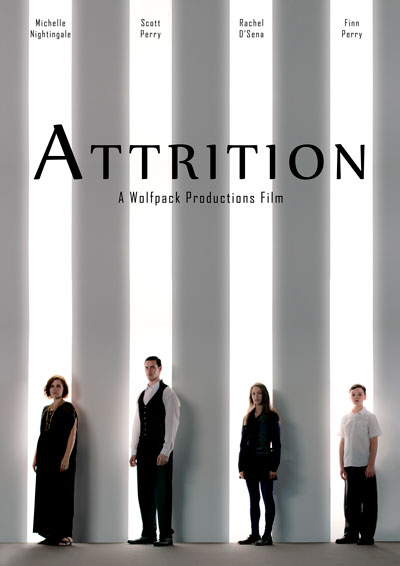 The film festival goes into full gear when doors open at 12:30 p.m. Friday May 15 to start showing film “blocks” featuring various categories including foreign, edgy, music/animation/science fiction, documentary, drama, family, and feature-length films. Blocks run about two hours each. Keynote speaker Victor Miller, the creator of the original “Friday the 13th” movie, is scheduled to speak at 7 p.m. that night.

“Victor is always entertaining when he shares a lot of funny stories about what happens in the process of filmmaking as well as the process of screenplay writing,” Bush said.

Saturday May 16 will feature several filmmaking-themed workshops starting at noon as well as showings throughout the day of movie blocks. A special filmmaker party will be held at 9 p.m. for audiences to meet the producers and directors of various films at the festival.

The festival closes Sunday May 17 with continued showing of the film blocks throughout the morning and afternoon.

This year’s selection of films at the Poppy Jasper run the gamut in genre so there will be something for every taste, Bush said.

“Our jurors were just blown away by the quality of films this year,” she said. “We were trying to keep to a lot of family-fare movies, but there were a core of them that were too good to pass on that were adult in nature. So we’re doing two what we call ‘edgy film blocks’ where we show these short movies (not appropriate for kids) at 9 p.m. on Friday and Saturday.”

Morgan Hill businessman Bill Lehman recalls planting the seeds of the Poppy Jasper Film Festival as a fundraiser for Morgan Hill Access TV. Everyone liked the idea of having a film festival in the South Valley and work began in January 2003. The first festival was held in November 2004 and many of the films were shown at the Granada Theater as well as the Community Playhouse and Specialized Bicycle Components location.

The festival stayed at the Granada for two years until that site was closed by the owners. Then it went to the Community Center, followed by a couple of years at the CineLux Theaters. The festival returned to the Granada in 2012 after the Poppy Jasper organizers cleaned out the long-closed theater and made it usable for film viewing again. 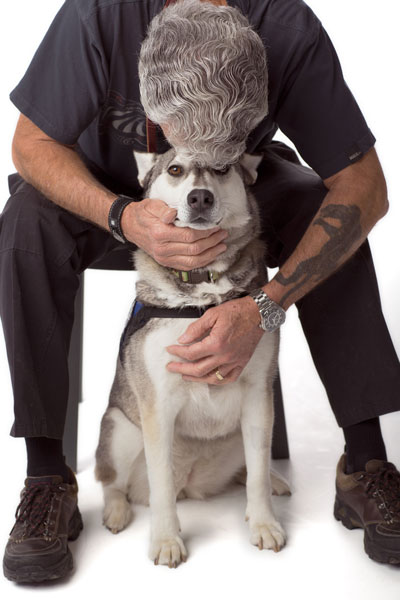 “This is our home really,” Lehman said. “You’re going to an old-time movie house to see independent films which are different from the films we get from Hollywood. And you get to be with the filmmakers and directors and producers and you get to talk to them just like normal people.”

Over the past decade, the Poppy Jasper has evolved. It originally started out as a festival showing short films of 30 minutes or less. Now the festival includes feature-length movies of about an hour and a half. The festival has also shown special screenings at the Granada at other times of the year including in November a Warren Miller ski film that packed the theater’s seats with people who are fans of this action sports genre of movies.

Holding the film festival at the Granada benefits downtown Morgan Hill’s businesses by attracting people from the Bay Area and the surrounding region who also enjoy dining at the restaurants and shopping at the local stores, Lehman said.

Lehman said he is “absolutely proud” of having come up with the idea of the Poppy Jasper and how far it has grown for being a 100 percent volunteer-driven entertainment and educational event.

“The fact that we’ve been around for 11 years is a miracle. Most film festivals last maybe three years if that. And for us to last more than a decade is amazing,” he said. “It’s brought all the people together, all my friends together, and we’ve worked as a team and we’ve pulled it off. There were times when we didn’t have any money, we were flat broke, but somehow we put it together, we made it happen. And then to bring in these great talents like screenwriters and cinematographers and directors — it’s neat.”

San Jose resident Baimba John got involved with the film festival as a volunteer for the first time this year after Realty World, where his wife Fatima works, became a sponsor of the 2013 festival. John is in charge of organizing volunteers and said that people can still sign up to help with the 2015 festival.

“People can come on the days of the festival and tell us they want to volunteer and we’ll tell them what we have available for them to do — help with the concessions or be ushers,” he said.

He said that the selections of films he has seen in a sneak peek viewing has really encouraged him that this year’s festival will amaze audience members.

“This year I had a chance to preview a few of them and I think it’s cool,” John said. “There’s a lot of interesting movies that they have booked for the family as well as those that are more adult type.”

Poppy Jasper organizer Doug Martin has worked with the festival for several years as a “sort of manager of operations,” organizing the film categories and posting the submitted films so that jurors can view them.

“There’s a fair number of films from other countries which is good because we’re an international film festival,” he said. “There’s like eight or 10 foreign countries that have submitted films to the Poppy Jasper.”

The film festival crew of volunteers is made up of people who love story-telling through the cinematic arts, Martin said.

“I really like movies. I appreciate how much work goes into creating them,” he said. “It’s really neat to see the drive and the enthusiasm behind what is, in most cases, beginning filmmakers and their appreciation of having their films in the festival. I like watching movies, and that’s what brought me in in the first place.”

Morgan Hill’s “benevolent pirate” Rich Firato got into filmmaking by attending the 2013 Poppy Jasper and meeting Rupert Hitzig, a director of more than 20 films who was the keynote speaker. That connection resulted in the two collaborating on the production of a movie now being made at Morgan’s Cove, Firato’s pirate-themed home. Firato is also working with Lehman and Bush on a pilot television series called “Pirate Theater” where he dresses up as a pirate and introduces old-time buccaneer movies such as the 1945 film “Captain Kidd.”

“We watch classic pirate movies and then I kind of critique them to see how they are true or real or if they’re just a Hollywood movie,” Firato said. “The Poppy Jasper is where I got my start.”

Bush believes art festivals such as the Poppy Jasper help build the quality of life in Morgan Hill as well as positively impacting the local downtown economy by holding the festival at the Granada.

“This is just one more cultural thing that we can offer people who live in our community. We’re growing and we have a lot of people interested in the arts,” she said. “The Granada Preservation Society is doing a great job in offering all kinds of programming from music to cartoons to favorite films. So I think when this thing was shut down we lost a lot of foot traffic and vibrancy, so it’s nice to have the lights on the marquee on and people coming in and out and people bringing vibrancy and rhythm to downtown.”

What: Six days of films, workshops, and film fan parties
When: May 12-17
Where: Granada Theater, downtown Morgan Hill
Contact: Call (408) 471-7533 or at www.poppyjasperfilmfest.org