Community Voices by Alayna Matthews: Girls can be as smart as boys when learning about science, math 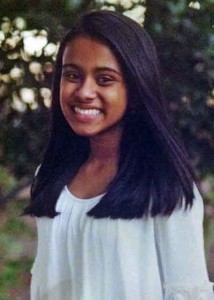 During March, we remember the prominent females of the past and strive to shape the lives of young girls so that they too may be remembered. Marie Curie, Helen Augusta Blanchard, and Grace Hopper are examples of influential role models.

Marie Curie was the first woman to win a Nobel Prize for conducting research on radioactivity, which led to many scientific discoveries. Helen Augusta Blanchard was a notable inventor during the industrial era. Blanchard was known as “Lady Edison,” as she held 28 patents in the 1870s. Grace Hopper was a computer scientist and a United States Navy Rear Admiral during the 1900s. These women are the embodiment of being spontaneous, bold and breaking the status quo. They were not held back by stereotypes; they followed their own rules; they didn’t succumb to the pressures of society. Young girls today should look up to these renowned females.

Remember Legos? Lincoln Logs? They were the exact toys that built up the minds of young boys during the ’90s, and some still play with these toys. However, according to Debbie Sterling, CEO and creator of GoldieBlox, when she was a little girl, Legos and any other type of building toys were strictly “advertised to boys.” As a child, she never took a second look at Legos because they were considered boy toys, and if a girl even wanted to play with them, it was frowned upon. These girls were led to “the pink aisle” in they toy store. The “pink aisle” was filled with crowns, tiaras, dresses and dolls. From a child’s viewpoint of the world, blue was for boys and pink was for girls. Boys built things, girls played with Barbies. This segregation led to the birth of GoldieBlox, a toy company that arose in Oakland nearly three years ago.

GoldieBlox has taken over “the pink aisle.” This new brand of toy is in high demand from mothers with small children. In high school, Debbie Sterling would never have struck you as the type to kickstart this lucrative company. She was quiet, yet brilliant. It all started when Debbie asked her math teacher for a recommendation letter to Stanford. Her math teacher agreed but in order to write the letter, she asked Debbie what she planned to major in. Debbie told her that she had no idea. That’s when Debbie’s high school math teacher encouraged Debbie to go into engineering.

At first, Debbie was reluctant, but during her first year at Stanford, she took her first engineering class. During class, Debbie found the spark she had for engineering. She continued to take engineering classes. Some of it didn’t come easy to her, and there were many circumstances in which she wanted to quit, but she knew that if she worked at it, she could achieve her goal. She completed her degree in Product Design in 2005. After graduation, she was told by one of her professors that spacing skills develop faster in boys than girls because of the toys they’re given. This inspired her to build up STEM (science, technology, engineering, mathematics) skills in these girls. That is where she came in with the idea of GoldieBlox, a toy that inspires young girls to pursue engineering. Her toys incorporate fun and education.

Not only does GoldieBlox and Debbie Sterling help mature the minds of young girls around the world, but they also give back to charities and schools. They say that, “One main reason how GoldieBlox gives back to the community is by providing donations to various nonprofit organizations, schools, charities, etc. Even though we are only a three-year-old start-up, we try to donate our toys to as many organizations as we possibly can. We also strive to improve our community by being a positive role model to young girls.”

I believe this is important because young girls need to know they are capable of anything. I recommend buying from GoldieBlox to help give back and strengthen the minds of young girls. I believe what they are doing can change the world. They are providing young girls with the equal opportunity to grow up with toys like many boys do. They want girls to be confident in math and science with the hopes that there will be more women engineers in the future. Currently, only 14 percent of engineers are women. Girls playing with toys like GoldieBlox will lead to future Marie Curie’s, Helen Blanchard’s, Grace Hopper’s. It is important for girls to take charge of their future. In light of March being Women in History month, I ask that you remind and encourage your daughters that they can do whatever they set their mind to. Take time to remember and reflect on the women from history with hopes that our future generation will do great things.