Villa Mira Monte will transform into a 1920s speakeasy June 23 with an evening of “spirits, food, dancing and naughty fun” when the Morgan Hill Historical Society hosts its popular Prohibition Party for its fourth year.

Traveling from Los Angeles is the flapper-era band Janet Klein & Her Parlour Boys who will entertain guests with lively music, transporting them back nearly a century to a time reflecting F. Scott Fitzgerald’s stories. As the musicians perform, guests can learn the Charleston and other Jazz Age dances from Arthur Murray Dance instructors.

“We haven’t been to Morgan Hill and are looking forward to coming your way,” said Janet Klein, the band’s leader. “It’s always a pleasure to fill historic places with the music from its heyday. We will probably be playing some of the same music that was played at parties on the Morgan Hill Ranch in the 1920s — so get ready for that time warp.”

The band formed in 1995 when Klein started collecting recordings of early 20th-century popular music from 78 rpm records. She collected graphics, photography, and sheet music from that period as well. 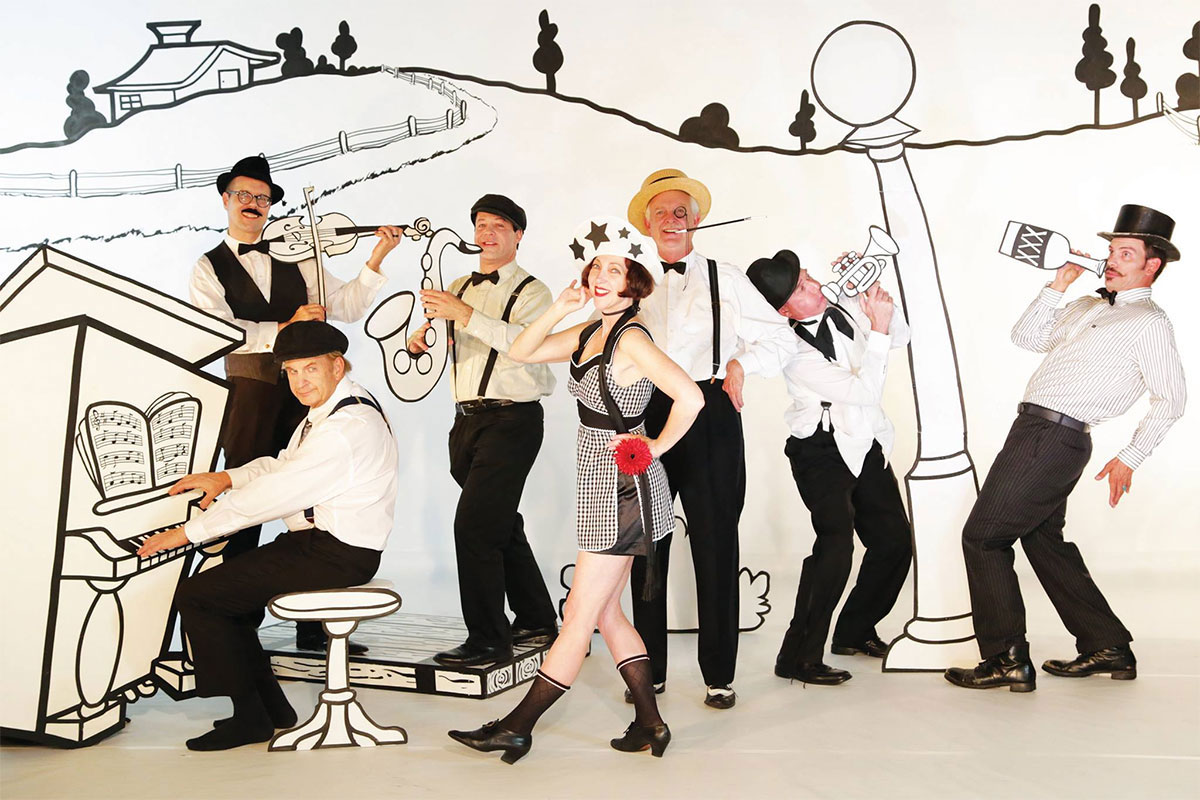 “All these passions merged when I started to sing and play the ukulele as part of my poetry performances,” she said. “I realized I had found a way to share my favorite musical rarities,
to make them my own. As I like to say, if there is such a thing as ‘progress,’ then it should include dragging the best of the past with us into the future.”

The music of a century or so ago turned into Klein’s passion — and a means of expressing herself.

“I’ll never get over it. It’s bliss for me,” she said. “It’s my way of making the 21st Century a better place to be.”
Klein described her musical journey as a trip down her “own Yellow Brick Road” as she found musical companions along the way. She and the other musicians made the band’s first CD titled “Come Into My Parlor” as a way of recording, compiling and sharing her favorite tunes. 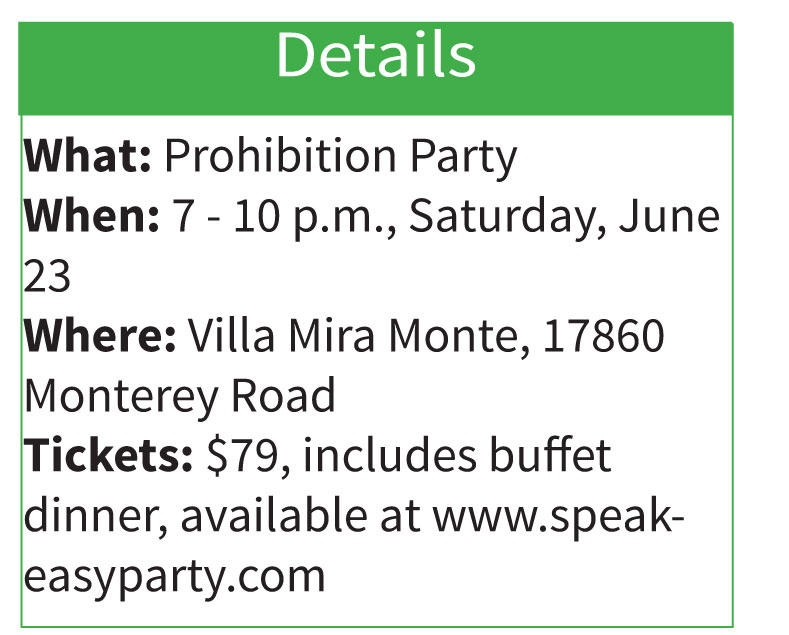 “And well, the next thing I knew, I had Parlour Boys,” she said. “There was virtually no ‘scene’ for vintage music that I knew of at the time. But we were invited to play in some beautiful historic places.”

The gigs for the emerging Janet Klein & Her Parlour Boys included nightclub venues in the art deco-style Wiltern Theatre on Wilshire Boulevard as well as in one of the original Brown Derby restaurant buildings where Hollywood stars once came to be seen by the adoring public. The 1920s silent movie theater on Fairfax Avenue was a beautiful place to perform.

“Those were all good places to create a time warp,” she said. “And thankfully, fans followed.”

At the Prohibition Party, the band will perform the popular music of the 1910s, 1920s, and 1930s. The music is notable for the clever lyrics which often contain innocent — and not so innocent — double entendre turns of phrase, Klein said.

“I like to call it up-tempo cuddling music, danceable, sweet, romantic, infectious and hot all at the same time,” she said. “The music we play would have been broadcast on radio, recorded on shellac and played on phonographs.”

Music from that long-ago era was published in oversized sheet music and then demonstrated live for customers on a piano with vocalists singing the hit tunes in department stores. It was also played by pit orchestras and on mighty Wurlitzer pipe organs to accompany silent movies. And it would have also been played by bands in hotels, restaurants, nightclubs, speakeasys and dance halls.

“So, there is literally a fool’s paradise of musical treasure to wade into,” Klein said. “I like to remind folks that when you go to a concert of music by Bach, Mozart, Beethoven, Stravinsky, it’s not referred to as nostalgic music, right? The popular music written in America in the early 20th-century is our cultural heritage and it’s amazing how much has languished and been forgotten.”

Located a mile north of downtown, Villa Mira Monte is the historic property that was once the country home of Hiram Morgan Hill and his wife, Diana Murphy-Hill. The Hiram Morgan Hill House was built in 1884 and has been preserved and is listed in the National Register of Historic Places. Guests are encouraged to dress in 1920s-style clothing at the Prohibition Party.