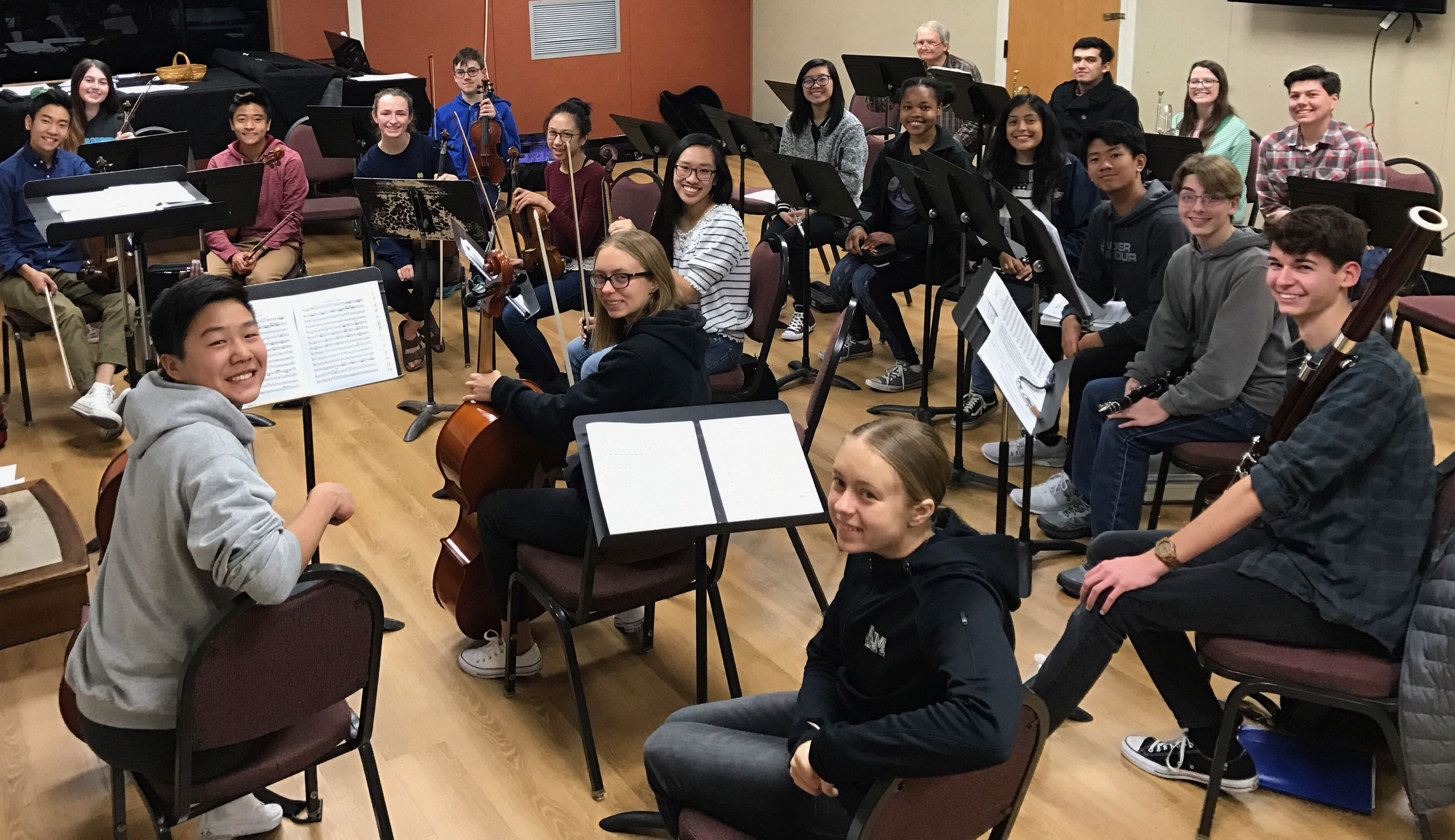 Mozart would be proud of the South Valley Youth Orchestra. After a two-year journey, it will give its debut concert where teen musicians perform classical music as well as selections from blockbuster movies such as the “Pirates of the Caribbean” films.

The first concert by the young performers from throughout the region will be held 7 p.m. Sunday, June 10, at the Gilroy Presbyterian Church, 6000 Miller Avenue. Tickets are $10 for adults and $5 for students. They can be purchased at the door or by contacting [email protected]

The South Valley Youth Orchestra was an idea put together by Christopher High School students Andrea Levan (violinist) and Nikki Chen (flutist) during the summer of 2016. They believed that Gilroy and its community were lacking in string music programs for students and decided to start their own. 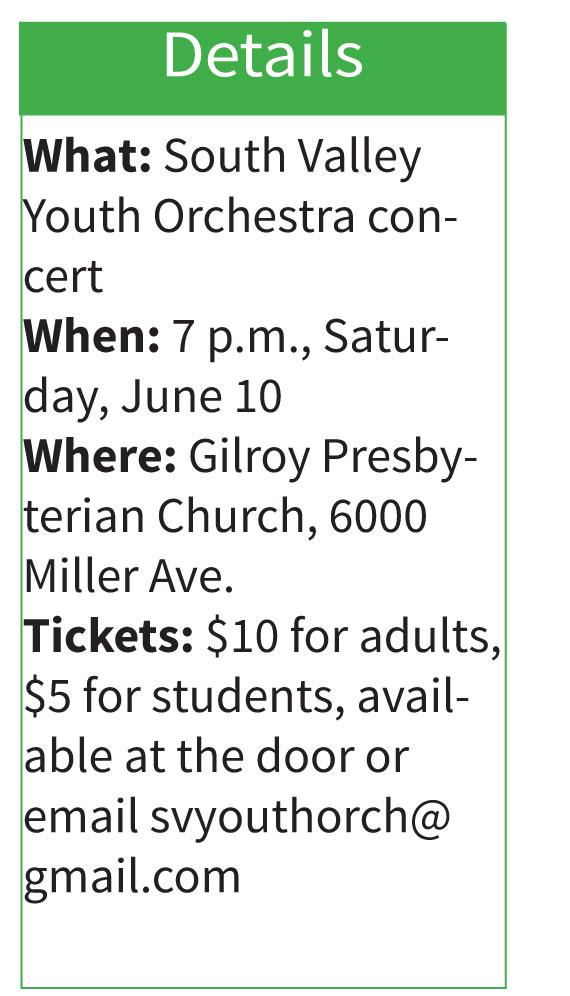 “The orchestra started off with only seven members and rehearsed in members’ basements as a student-run entity where we worked to secure our own concerts, such as at Guglielmo Winery or Santa Teresa Catholic Church,” said Spencer Hutchinson, who plays the bassoon. “We even performed in Germany and Austria alongside the South Valley Suzuki Music Foundation directed by Lori Franke last summer.”

In the fall of 2017, the young musicians decided that the program should expand beyond Gilroy. They have recruited more than 30 students from around the area, contacted numerous associations, and brought in San Benito High School music director Joey Fortino as SVYO’s volunteer conductor.

“Our goal for this orchestra is to serve the communities of Gilroy, Morgan Hill, and Hollister to allow students in these areas the opportunity to perform in a string orchestra that they may not otherwise have,” Chen said.

Any middle-school or high-school level student is welcome to join. Because it’s a very small group, the SVYO does not yet require auditions.

“We welcome any students who wish to be a part of our group to contact us,” Spencer said.

Levan and Hutchinson have been performing with the South Valley Symphony for two seasons and in February presented their orchestra before the nonprofit group’s board of directors.

They have been in constant contact with Jeff Chambers, president of the board, and received approval from the board to now be under fiscal sponsorship by the SVS, which will be supporting SVYO as it continues to grow with the goal of becoming an independent organization serving the music community for years to come.

The debut concert is a big event for the SVYO and its musicians encourage people to attend, especially families to introduce children to the experience of a symphony, Levan said.

“This concert is an enormous step not only for our group but for the entirety of the music program in the Gilroy area,” she said. “It has been almost 15 years since a youth orchestra was created in Gilroy, and we are extremely glad to bring music back to the youth. We hope that through this historic event, we can inspire students all over the community to come together and make bold statements in creating essential programs for the youth.”

At the SVYO’s first public exhibition, the musicians will perform a mix of genres that will showcase their musical talent. The pieces include: Karelia Overture by Sibelius, Eroica — Beethoven’s 3rd Symphony, Mozart’s Symphony № 25, and even some themes from “The Pirates of the Caribbean” films.

“We have a complete repertoire that we hope will entice audiences who attend,” Levan said.

The SVYO is also looking for businesses and individuals willing to inspire it to grow its youth-focused music programs through money donations and other help.

“As we build to become a fully independent music program for youth in this area, we are mainly looking for publicity and charitable donations in order to push our initiative forward,” Hutchinson said.

“We wish to gain support of both schools and organizations in further integrating string programs for all ages. We hope to get the word spread far and wide about our student-run music program and bring in young musicians to join us and audiences to see our future performances,” Chen said.

Conductor Fortino is dedicated to helping the South Valley Youth Orchestra grow because it encourages young people to get involved with symphonic music — either listening to the music or performing it in the orchestra.

It’s important to have an outlet for young musicians to push themselves and learn more, he said.

“An orchestra geared for students is one piece that is not very often found unless you have a large population or great affluence,” he said. “We may not have these things, but we do have the South Valley Symphony and some extremely bright and driven students.”

Fortino wants the SVYO to become a staple of this area, just as the SVS has become, to provide another opportunity for young musicians to perform.

“Honestly, learning the music is only the by-product,” he said. “They are learning how to bring a vision to life, organize, promote, work with people and so much more. This is the kind of opportunity that creates our high-quality leaders, problem solvers, you name it. Plus, I just have a lot of fun conducting this group. I’ve known many of them for a long time and I’m proud to be part of their journey.”