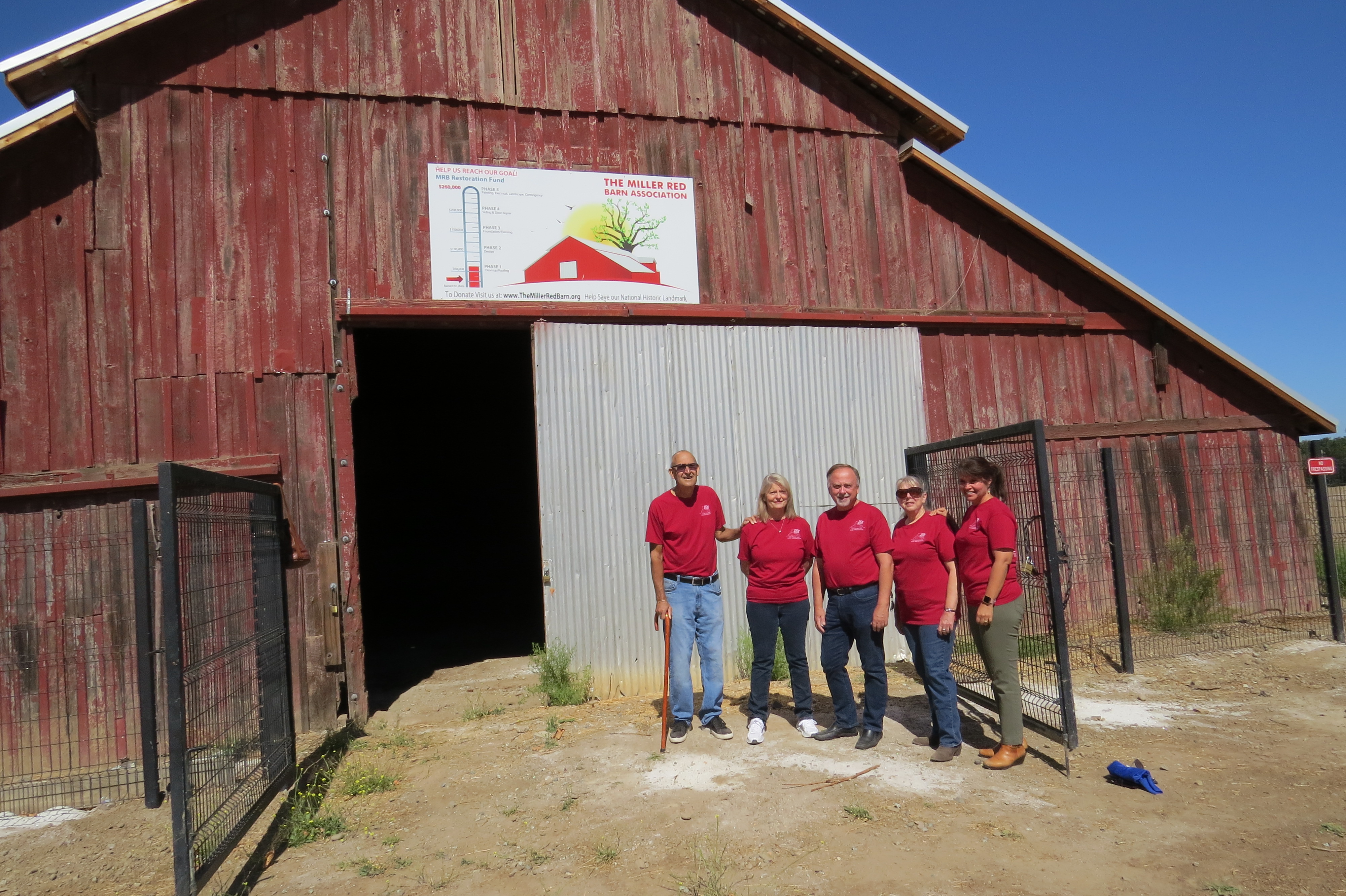 In days gone by, nothing embodied the spirit of community like an old-fashioned barn raising. Neighbor helped neighbor to ensure that a structure so critical to a ranch or farm would be built to last.

The Miller Red Barn, an historical landmark from Gilroy’s formative years, needs repairs. Fortunately, a group of citizens have come together to preserve the barn’s history, with the hope of leaving a legacy for future generations to enjoy. They held a fundraising dinner on Saturday, Sept. 22, to benefit the ongoing project.

Richard Perino is the vice president of the Miller Red Barn Association. His wife, Patti, is also involved with the barn’s restoration efforts, serving as the group’s publicist and running its web site, where she publishes a blog. Richard explained, “Currently, the barn is sitting on a mud sill and has dirt, concrete, and wood flooring. Proceeds raised through this fundraiser will fund the next phase in restoring the barn: putting in a reinforced cement footing and replacing the flooring.”

When Henry Miller had the barn built in 1891, mud sills were common and efficient. However, squirrels and other animals can dig under them, compromising the structure. A new foundation and flooring will make the barn fully ADA compliant, stabilize the structure, and keep out unwanted animal visitors. The Miller Red Barn Association intends to turn the barn into an educational and cultural center for the Gilroy community.

To raise funds, the group holds a dinner each September. The event coincides with Admission Day—the day California became a state in 1850—which Henry Miller always celebrated. This year, the event has added meaning. 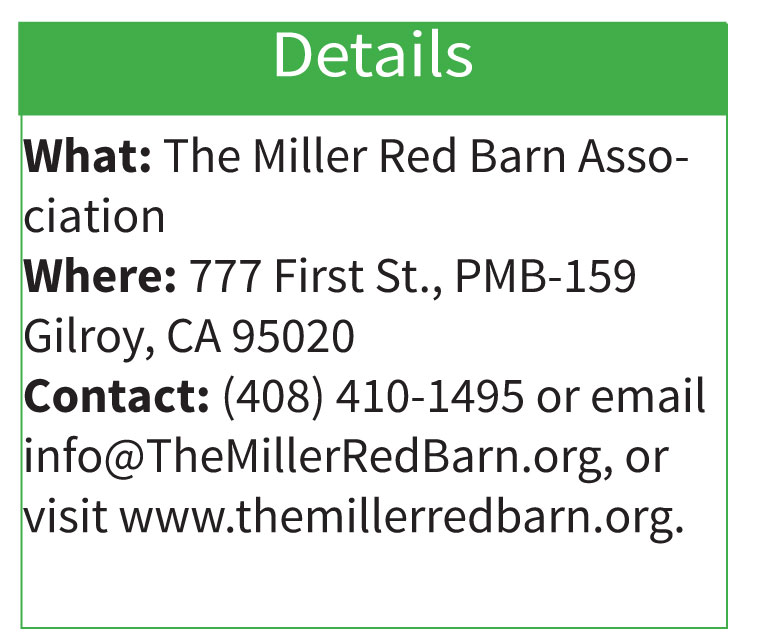 “Admission Day is this year’s theme,” Richard explained. “Henry Miller and his wife would invite the socialites from San Francisco to come down for a barbecue at the mansion on their ranch, Bloomfield. There would be a parade downtown and a ball at the opera house. Today, the VFW, or Veterans Memorial Building, sits at the site of the old opera house, 74 W. 6th Street, in downtown Gilroy. And that just happens to be the location of the fundraiser dinner.”

Reaching this point in the barn’s restoration has been a challenge. Originally, city of Gilroy wanted to demolish the structure, which sits in Christmas Hill Park. But a group of citizens, first known as the Save the Miller Red Barn Committee, came together to fight for the barn and all that it represents.

“It took the city two and a half years to rescind the demolition order,” Richard said. “The city gave us a year, and we went over. But we appealed to the Historic Heritage Committee, and then we got on the Gilroy City Council agenda.” 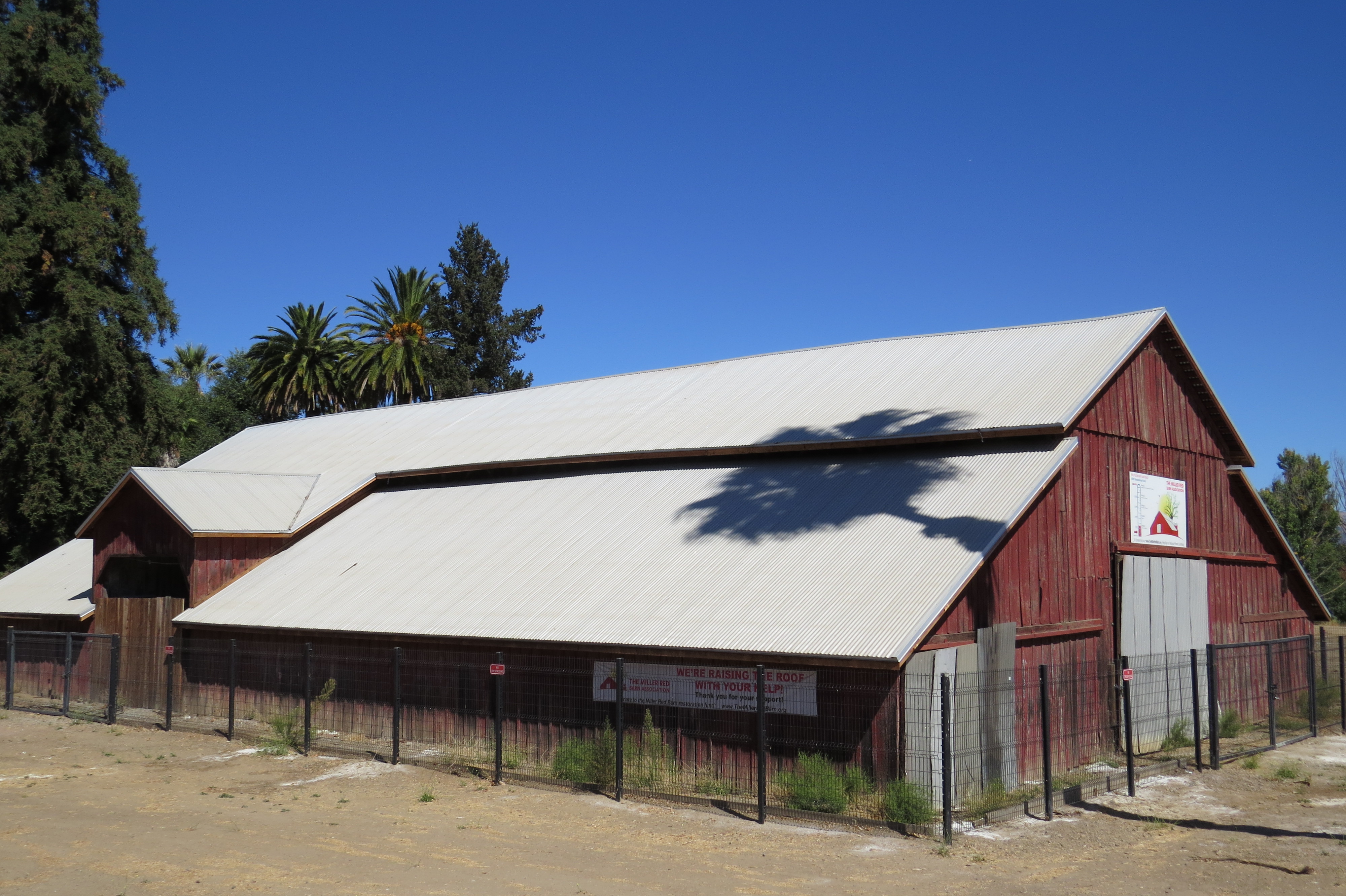 In the meantime, the committee did its homework to convince the city of the building’s important role in local history. Two members of the committee, Sarah and John Kelly, conducted research at the Bancroft Library, a special-collections library located on the campus of the University of California at Berkeley.

The process was especially tedious because information was stored in boxes, not the traditional microfiche, which expedites research. Additionally, Margaret Aaron dug up some information from the San Jose Mercury News archives. She was able to pull up a newspaper article which stated that on May 9, 1891, Henry Miller was building a barn in Gilroy on the Glen Loma Ranch.

The findings were significant. Henry Miller was the largest landowner and cattle baron of his age. At the time of his death in 1916, he owned 1.4 million acres in California, which would amount to an unimaginable fortune today. His property sprawled westward from Hanna Street.

For Gilroy to grow, the city had to keep buying property from Miller. And thus, his barn proved to be historically relevant. In fact, after much hard work from a group of dedicated volunteers, the Miller Red Barn was named not only a state landmark but also, in 2016, a national landmark. Future plans include turning it into an agricultural history museum, complete with storyboards, and opening it for tours to schoolchildren.

“From prunes to garlic to tobacco, dairy, and flowers,” Richard recounted, “from the Indians to the Italians, Portuguese, Swiss, French, and Chinese. They made South County the agricultural powerhouse it once was.”

The Miller Red Barn Association wants to honor each of those contributions, along with the legacy of Henry Miller himself, to recognize the impact that agriculture has had on this region.

“There are only seven major families growing vegetables here now,” Richard pointed out, “and one is retiring, so it’s soon to be six.”

It’s said that a building is as solid as its foundation. And the same can be said for a community. When neighbor helps neighbor, just as they did in barn-raising days, traditions and legacies continue. The Miller Red Barn is a testament to that.