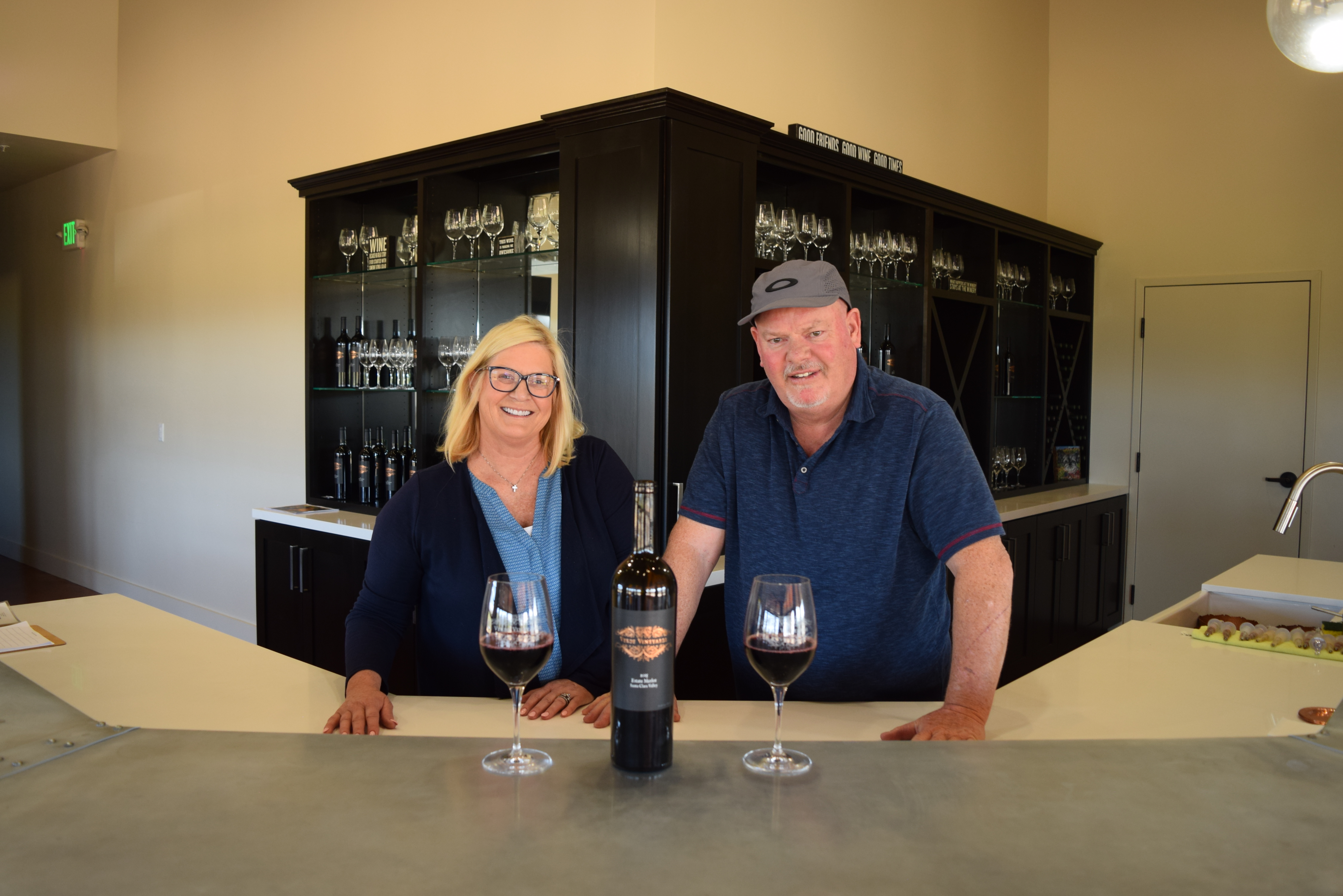 Photo by Robert Airoldi
Dr. George Green and his wife Lynda in their Verde Vineyard tasting room at the corner of New and Buena Vista avenues.

George and Lynda Green never intended to be winemakers. They bought property on New Avenue in 2004 and built a home. Four years later, after helping their nearby friends make small batches of wine, they decided to plant grapes instead of landscaping their property.

They harvested their first batch in 2012, which they thought was pretty good. It was huge leap from his real job as a doctor who has specialties in internal medicine, pulmonary medicine and critical care.

“We had a lot of fun,” said Dr. Green, 66. In 2013 they bought the 10 acres at the corner of Buena Vista and New Avenue and planted more grapes. Their idea of becoming vintners was taking shape.

“I wanted to sell the wine,” he said. 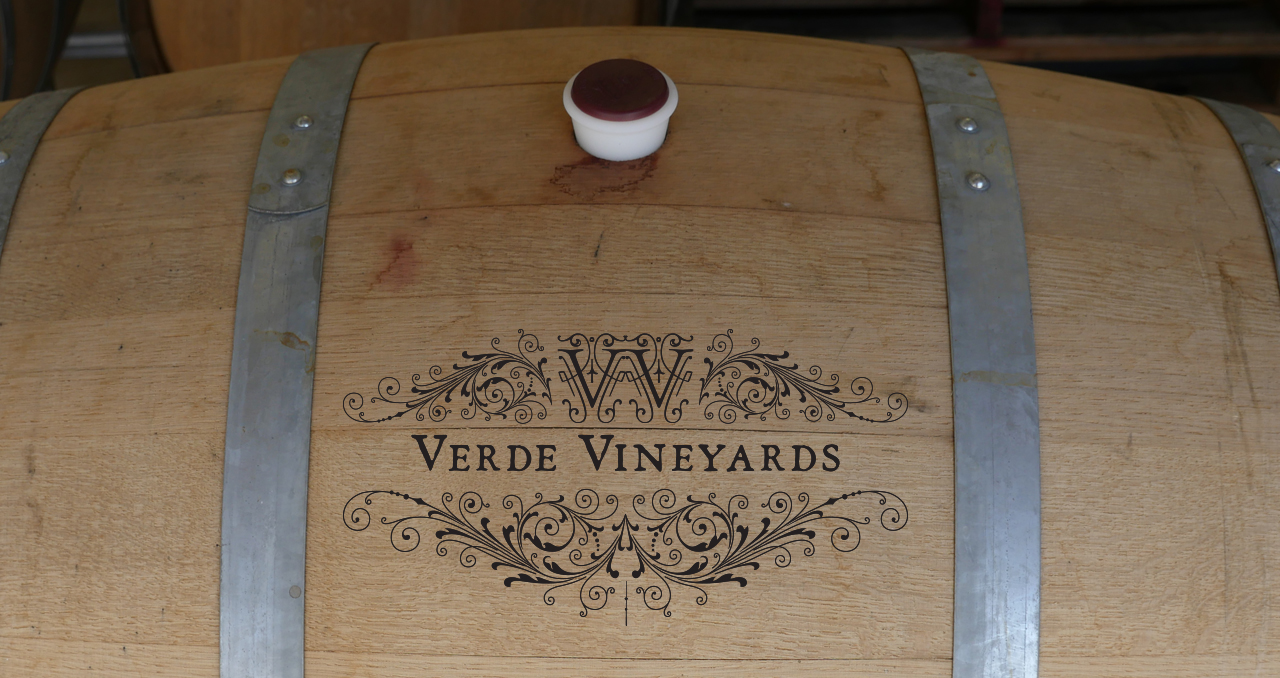 “George said ‘we can make some wine and it’ll be good,’” Lynda said. “It was a ‘Mom and Pop’ venture. We really didn’t know what we were doing but George got bit by the bug.”

Then they experienced their first crush and hired employees to help out. After purchasing the corner lot, they decided to build a tasting room that now stands on that corner.

“We had no real vision,” she said. “Our vision evolved accidentally. Step by step our vision materialized.”

They recently won awards at the Orange County Wine Competition: Gold medal for Sophis’s Blend and Merlot, Silver for their Cabernet Sauvignon and Rose, and a Bronze for their Sauvignon Blanc. Wine Enthusiast magazine rated the 2015 Cabernet 91 points, and it won first place at the CordeValle Vintner’s Dinner. 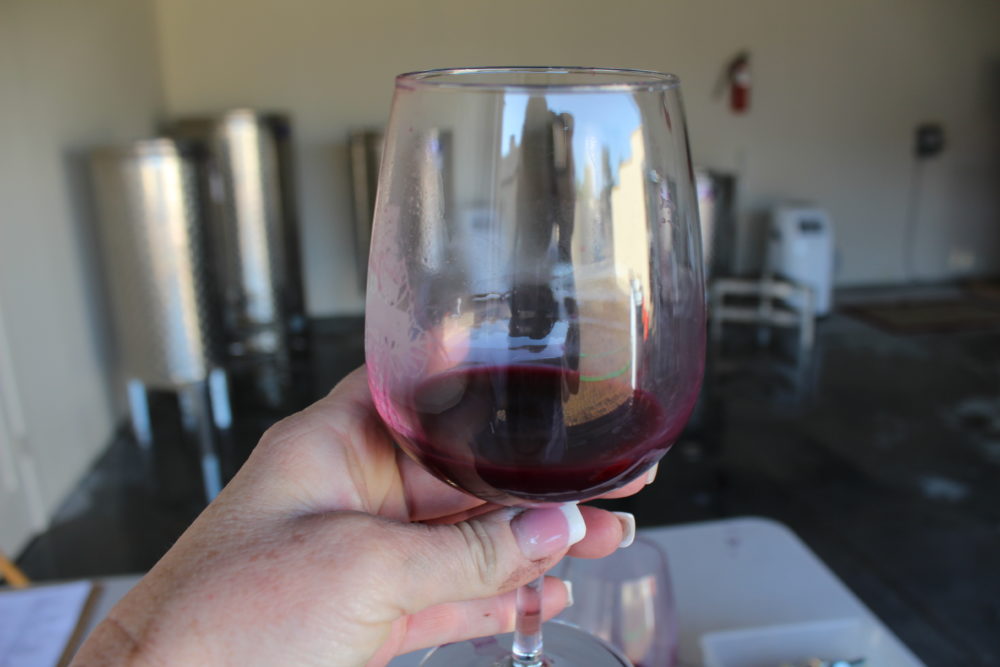 “We’re surprised by how successful we’ve become,” Lynda said. “The wine is amazing and we’re winning awards and getting recognition.”

A big part of that success is due to Ritchey, who began working with the Greens for the 2015 crush. He earned his undergraduate degree is in geology from UCSB and his MS from U.C. Davis in enology in 1996. After an internship at Gundlach Bundschu he was hired by Clos LaChance and helped them design and build their home at CordeValle.

In 2003, he started his own label, Sensorium, and began consulting with local wineries – Picchetti, San Saba (now Wrath), Sycamore Creek Vineyards and Boa Vida. In 2007, he started a solar installation company, Clean Solar, with a friend of that quickly became the focus of his time. “I had to start a solar company to support my winemaking habit,” he said.

In 2014, he shut down Sensorium because the main vineyard he was getting grapes from was torn out. That freed up time for him to work with the Greens.

“My winemaking style strives for balance,” he said. “If you get a wine where the nose, the mouth-feel, the taste and all the components are in balance, you ‘feel’ the wine. In fact, I chose the name Sensorium for my winery because the definition is: ‘The seat of common sense, that part of the brain where the nerves from the organs of all the senses terminate.’”

Now, when George and Lynda aren’t busy taking care of patients or working at the winery, they enjoy walking their property with their two dogs, Sophie and Tess, hanging out with their five children and three grandchildren – with a fourth on the way – entertaining friends in their backyard kitchen and traveling the world. George’s favorite winery activity is getting down and dirty on the crush pad during harvest. Lynda’s is welcoming guests to the industrial-chic tasting room and sharing with them the current releases.

Their wines can be found at The Milias Restaurant, Ladera Grill, CordeValle, Sicilia en Bocca, Rosy’s at the Beach, The Grapevine, and Rocca’s Market. The couple said the past decade has been a learning experience, and they couldn’t have done it without the help of a lot of winemakers in South County.

“We are like one big family, Lynda said. “It’s truly about building and supporting the wine community.”