Around Town . . . with Robert Airoldi: Still active after all these years, MH woman celebrates 100th birthday 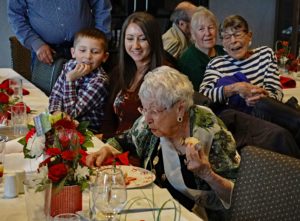 Happy birthday wishes to Dolly Crandall, who turned 100 Feb. 15 and celebrated with her family the next day at Ladera Grill. We published a story in July 2017 when she was 98 and now two years later she continues getting out when she can, especially to Ladera where she and her son, Dan Crandall, enjoy happy hour every Sunday afternoon.

Surrounded by family, she enjoyed a nice meal, watched videos of her life, including one set to the song “Hair” that featured her in scores of hairstyles in the past century.

“She had a great time,” Dan said of her Feb. 15 birthday party at Westmont where she lives, at the family party at Ladera and back again Feb. 17 for their regular Sunday excursion. Quite an itinerary!

Dolly said she enjoys the small town feel of Morgan Hill, the relative ease of getting around and the fun things to do in the area. She enjoys attending the Mushroom Mardi Gras and the Taste of Morgan Hill, two local annual festivals, and just being around people.

“Anytime she can get out she wants to get out,” Dan said. “It keeps her young.” 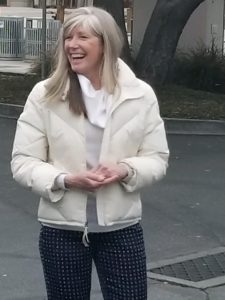 Rosy Bergin moments after learning she received a new car for her 61st birthday.

Speaking of birthdays, Rosy’s at the Beach restaurant owner Rosy Bergin got a surprise with the gift of a classic Mercedes-AMG on her 61st Feb. 12. Rich Bergin, her husband, brought her to the back parking lot that evening and she grew suspicious when she saw the vehicle parked in the drop-off area.

“We were going to go out for dinner because last year we had a big surprise birthday party,” she said. “I wasn’t expecting anything. And we’re walking to the restaurant and I see this car in the pull-in area, and it had all these ribbons and bows on it.”

People started coming out of the restaurant shouting, “Surprise!” Rosy was stunned with the gift. “It’s really luxurious and fun to drive.”

Rich and Rosy’s 36-year marriage has been one full of fun, she said.

“I love him very much,” she said. “He’s a crazy guy, that’s what I love about him. He keeps me guessing.” 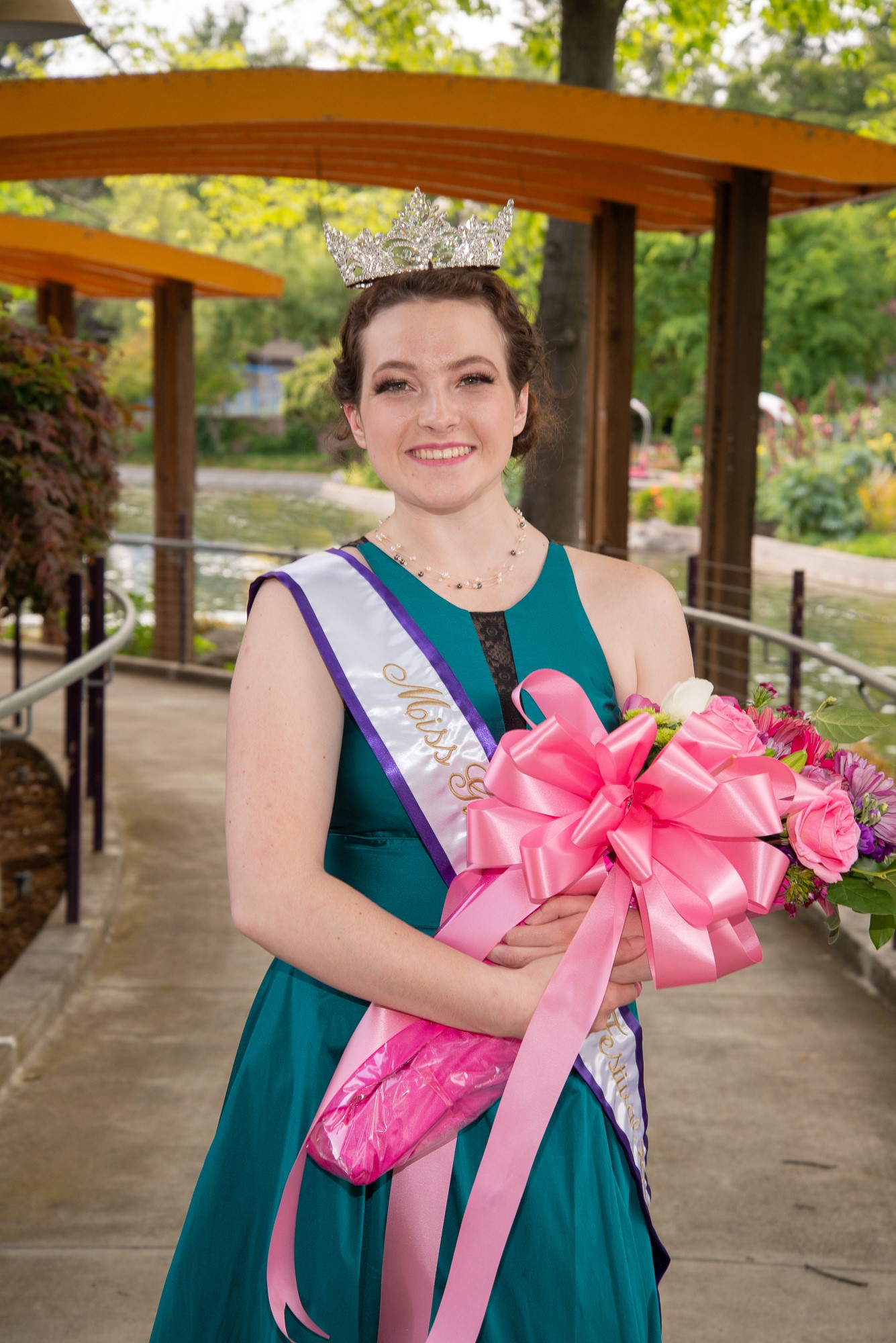 The pageant will be held Sunday, May 19. Contestants are judged on personal interview, talent, garlic speech, and on-stage question. The winner is crowned Miss Gilroy Garlic Festival 2019 and receives $1,000.

The Queen and her court will represent Gilroy at various festivities leading up to the festival, held July 26, 27, and 28. They make guest appearances and at the festival roam the grounds at Christmas Hill Park and greet visitors.

Complete contest rules and online application forms are posted on the Gilroy Garlic Festival website at gilroygarlicfestival.com/festival/miss-gilroy-garlic. Entries must be received by 4 p.m. Friday, March 8, 2019. Details: (408) 842-1625. 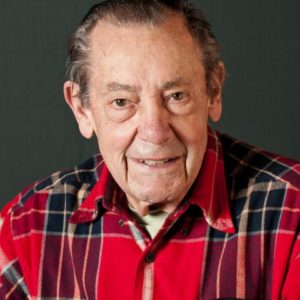 Our friend Winslow Briggs played a big role with the Pine Ridge Association that serves Henry W. Coe State Park. He died Feb. 11 at Stanford University Medical Center at the age of 90.

Briggs volunteered at Coe for 40 years and even published a book about the various trails. In 2007, he organized volunteers to study plant recovery after the massive Lick Fire. He discovered that chemicals in smoke stimulate the sprouting of seeds of rare plants that may lie dormant for many years until awoken by fire.

He was a global leader in plant genetics and physiology, publishing landmark research on the molecular mechanisms, plants and other organisms use to sense and respond to light. His work showed how seedlings grow toward light.

In 2007, the American Society of Plant Biologists, of which he was president in 1975 and 1976, gave him the Adolph E. Gude, Jr. Award for his “service to the plant science community.” Two years later, the Japan Society for the Promotion of Science awarded him the prestigious International Prize for Biology for his “outstanding contributions to the advancement of basic research.”

He is survived by his wife, of 63 years, Ann, whom he met while at Harvard, and by his daughters Marion, Lucia, and Caroline, as well as four grandchildren and one great grandchild.

Thank you, Winslow, for all you did protecting Coe Park the future.