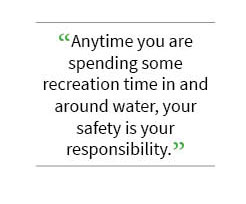 Gilroy-based nonprofit Community Solutions asked Gilroy Life if we would do a story about sex trafficking. Putting an end to this crime starts with acknowledging its existence. That’s the reason we decided to publish the story on this form of human trafficking on the front page of this issue.

We considered what might be the best way to approach telling the public about this form of modern slavery that remains largely hidden in American society. We knew it might be a difficult topic for some of our readers.

We took the approach to simply and honestly tell the story of a survivor of sex trafficking. We thought having an individual share what happened to them personally and the emotional traumas that come with this crime would encourage parents to discuss this sensitive subject with their children. We hope this conversation can help prevent their becoming victims.

It took some time for Community Solutions to find someone willing to talk about their life in sex trafficking. The woman we call “Amanda” showed tremendous bravery in telling us the story of how she fell under the control of a pimp and how her captivity impacted her quality of life. She shared with us some details we decided not to include in the story because of their graphic nature, but they demonstrated that this crime harms both men and women physically and mentally.

Amanda told us schools can play an important role in helping prevent sex trafficking. Many victims were bullied.  That lowered their self-esteem and made them more susceptible to the initial friendliness of a pimp.

She encouraged more schools to bring survivors like her into classrooms to educate young people of an appropriate age on the dangers of human trafficking and learn the warning signs to avoid becoming a victim. We hope our story might encourage educators to contact Community Solutions or other organizations and arrange for a presentation.

Amanda met her first pimp (one of three) in a park. Technology now has provided more means for a sordid individual to bring a young person into the world of sex trafficking. Social media and digital apps are now used to lure into captivity unsuspecting victims.

In November, a 33-year-old man named Anthony Wright Thomas Jr. was arrested in San Jose for allegedly sex-trafficking a young woman he met on Instagram. According to the Santa Clara County District Attorney’s Office, Thomas subjected his victim to nearly two dozen uses of sexual slavery, allegedly forcing her into prostitution in cities including Las Vegas, Sacramento, Los Angeles, Stockton, and San Jose.  He kept the woman captive by beating her and threatening to harm her family, prosecutors say.

“Human traffickers will have no haven in Santa Clara County,” Deputy DA Patrick Vanier stated in a press release. “At the heart of this case is a terrified young woman, who was threatened, beaten and exploited for cash. Protecting her safety and her rights are why we on this task force do what we do.”

Amanda’s story serves as both a warning and a message of hope. Sex trafficking can happen to any family regardless of income or other demographic factors. Amanda’s story also shows victims can find freedom from this form of slavery. But they first need to find the courage to seek help.

Thank you for reading this editorial If you would like to let us know what you think of it, please email the editor at Editor@MorganHillLife.com.
Follow us