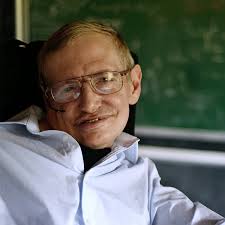 Who says interesting things don’t happen in San Martin? If you can explain this extraordinary mysterious event, I would like to hear from you.This is how it happened March 13, 2018. I write poetry and, on this morning, I was inspired to write a poem I called “Trapped.”

When the thought came to me early in the morning, it would not leave me alone until I sat down at the computer and started to write. My wife was at the Morgan Hill library and when she started to leave, she got inspired to bring home a video. When she got home, I handed her the poem. She read it and then we sat down and watched the video. After watching the video, the poem I had written described the person in the video. Before watching the video, I had no idea who this man was or how I ever heard of him. That night on the TV news we discovered this person had died that same day.

So how does a man in San Martin writing poetry and a man in England connect when neither one knew each other? If this had been the only interesting event in my life, I would say it’s just a )coincidence. Yet I have had more than one unanswerable event that has given me to ponder upon this connection. This man didn’t believe there was a God, nor was there anything after this life.

Why would one who believed there was no God and one who knows there is, have this connection? So, who was this man who believed there was no life after death? Could he be wrong, and does it even matter? When you pass this mortal existence and step on the other side, I would suggest you look up Dr. Stephen Hawking and see if he has changed his mind.

In a world of restraint — a mortal soul

Is there no escape for me — what am I to do

No moveable parts and bounded within

Stuck within this chair of mine

Is there no one to care — where should I go

Why am I even alive

Walk upon a beach and feel some sand

Yet here I sit — trapped within my chair

No more do they move — O-how I hate being trapped

Then came to my mind

You have unlimited power

Close your eyes — activate your mind

There is no power to match — the human mind

What is time but a place to reside

Yet your mind has never been trapped

It resides within — for such a short time

Soon freed and all ready to go

No longer trapped within a world of Woe

No longer trapped within a mortal soul

Throughout God’s galaxies and beyond In a resurrected — perfected body

Thus the mind has achieved — its dream

Once again whole and complete

Living on some seclude