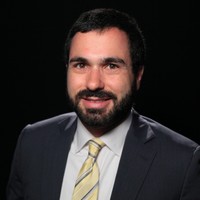 I welcome the opportunity to tell you that the California High-Speed Rail project in Northern California is alive and well, and we are making progress every day to bring this transformative investment in our mobility to Northern California. As Mark Twain might have said had he witnessed the past several weeks, the reports of the death of California’s statewide high-speed rail system are greatly exaggerated.

There’s understandably been a good deal of confusion recently regarding the future of the project in the Bay Area. The confusion is much fueled, it appears, by misunderstanding following Governor Newsom’s State of the State Address.

The direction laid out by the governor is similar to what the Authority had put forth in our 2018 business plan, only more so. Where we are building today in the Central Valley, the governor wants us to finish the entire 171-mile Central Valley stretch to connect the three largest cities of the Central Valley totaling nearly one million Californians, and provide new economic opportunities to the region as we get trains rolling.

Outside of the Central Valley, we remain committed to building the Silicon Valley to Central Valley Line — connecting the Central Valley and the Bay Area (including the Gilroy station in southern Santa Clara County) like never before. As we have been, we will continue the planning and environmental clearance efforts from San Francisco to Merced — this will take the next two years. The next milestone in this process will be our board of directors identifying preferred alternatives for the San Francisco to San Jose and San Jose to Merced project sections in September of this year. We are also continuing to pursue an agreement with the Union Pacific Railroad that would allow us to utilize the existing rail corridor from San Jose through Morgan Hill to Gilroy while extending electrified Caltrain service to Southern Santa Clara County. By advancing the environmental clearance and project development efforts in Northern California we will be prepared to utilize any new federal, state and/or private funding that may become available to complete the system in Northern California and connect to the Central Valley and eventually to Southern California.

In addition to our work in advancing planning for the system, we also intend to fulfill our commitments to the investments already under way in Northern and Southern California that will become parts of the system over time but provide immediate benefits today. In Northern California, this includes the $713 million for the Caltrain Electrification Project and $84 million for the 25th Avenue Grade Separation Project in San Mateo. And we will continue to collaborate with regional partners on planning for the Gilroy, Diridon, Millbrae, and San Francisco Stations.

I was recently reminded of what BART’s legendary General Manger B.R. Stokes said when advocating for funding that transformative project: “Build it now; it will never be cheaper.” Today’s arguments around costs are as old as the oldest mass transit dreams spoken in California. With that in mind, we’re moving steadily forward to make high-speed rail a reality in the Bay Area and all of California. We see clearly a future when high-speed rail is as much a part of the California lifestyle and our regional economic structure as BART is today for the Bay Area while the furor over costs and funding are long behind us.

In the past few weeks, we have seen folks up and down the state re-express their desire and commitment to connecting the different regions of the state using high-speed rail to help tie our economies and communities together. Folks from across the state are fervently looking for a solution to our transit and housing crises. Their voices have carried far and wide. This public discourse will only help our pursuit of future funding for completing not only our Northern California project sections, but those routes that will connect the Bay Area to the other major business and recreational areas of this vast and diverse state, making us all, one California.

Boris Lipkin was appointed by Gov. Jerry Brown to the High-Speed Rail Authority staff as the Northern California Regional Director in 2018 following a variety of other roles with the program since 2011. He wrote this column for Morgan Hill Life.