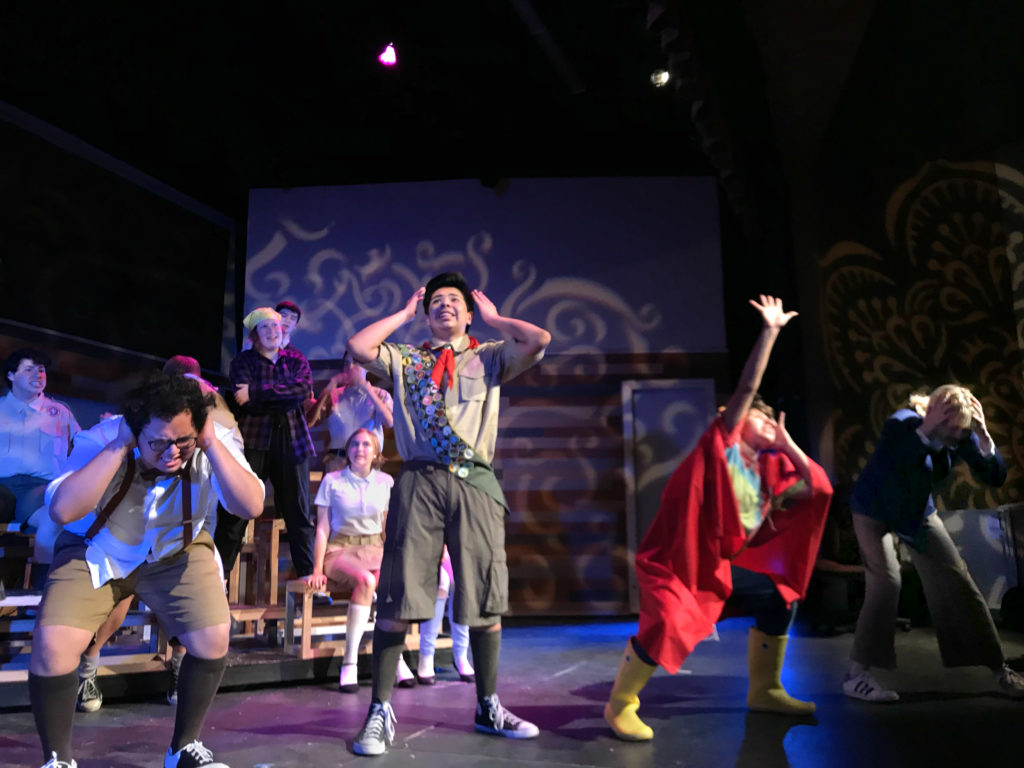 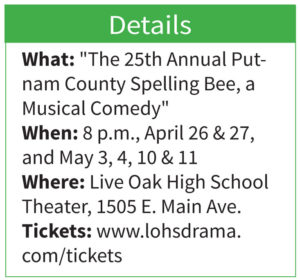 Life is P-A-N-D-E-M-O-N-I-U-M at Live Oak High School’s production of “The 25th Annual Putnam County Spelling Bee, a Musical Comedy.” Audiences will enjoy a musical that’s funny, heartfelt, and unpredictable as six spellers enter a competition of lexiconic proportions — but at least the losers get a hug and a juice box.

For lovers of dictionaries and the thrill of competition, this Tony and Drama Desk Award winner has charmed audiences with its effortless wit and humor. A group of mid-pubescent 12-year-olds compete for first place in the annual county spelling bee and a shot at the national title.

As the spellers put it, “It’s a very big, very fraught (simple, but it’s not!), it’s a very big undertaking!” This rag-tag group of misfits spell and sing their way through a series of increasingly difficult words, always afraid to hear the soul-crushing ding of the bell that signals their elimination.

Spelling isn’t the only source of these adorably awkward preteens’ woes. Try as they might to convince themselves that “just being here is winning,” it’s hard to concentrate on spelling when the pangs of adolescence loom large.

From one contestant wondering whether her mother will return from a nine month “spiritual quest” in India, to another worrying that everyone thinks his mucus-membrane disorder makes him look weird, to the pressures of having two overbearing dads, these spellers must learn to love themselves even if they lose.

Live Oak sophomore Soraya Reyes brings the young speller Leaf Coneybear to life in the show by showing off his sunny disposition even though his siblings Pinecone, Raisin, and Landscape convince him that he’s “not that smart.” “Leaf is literally me, but the opposite gender,” Reyes said. “Being able to express my inner Coneybear helps me take my mind off of school and the overwhelming stress of life, because much like Leaf, I just want to be myself, but also not be ambushed by the terrifying and disappointing world.”

The character acts childish but Reyes love him with all her heart.

“Spelling Bee has a really great sense of character development,” she said. “All the spellers find themselves starting in a stressful deep-dark hole. However, with each other’s help and sense of competition, they eventually find their way out.”

Live Oak junior Joseph Gonzales also sees a bit of himself in his character William Barfée, underscoring how relatable these young spellers are. Gonzalez describes the contestant, the lugubrious possessor of a rare “magic” foot, as “kind of a loser, a kid with one working nostril, glasses, and curly hair, which is pretty much just like me.”

Gitzelle Villa, a senior, portrays Olive Ostrovsky, a shy newcomer with an absent mother, an overworked father, and few friends (other than the dictionary she reads on the toilet).

“Olive is quite shy and needs love and support since her parents are never there, but she still saves a chair for them,” she said. “The characters are absolutely hilarious throughout the entire show, and I know that the actors have worked so hard bringing them to life.” 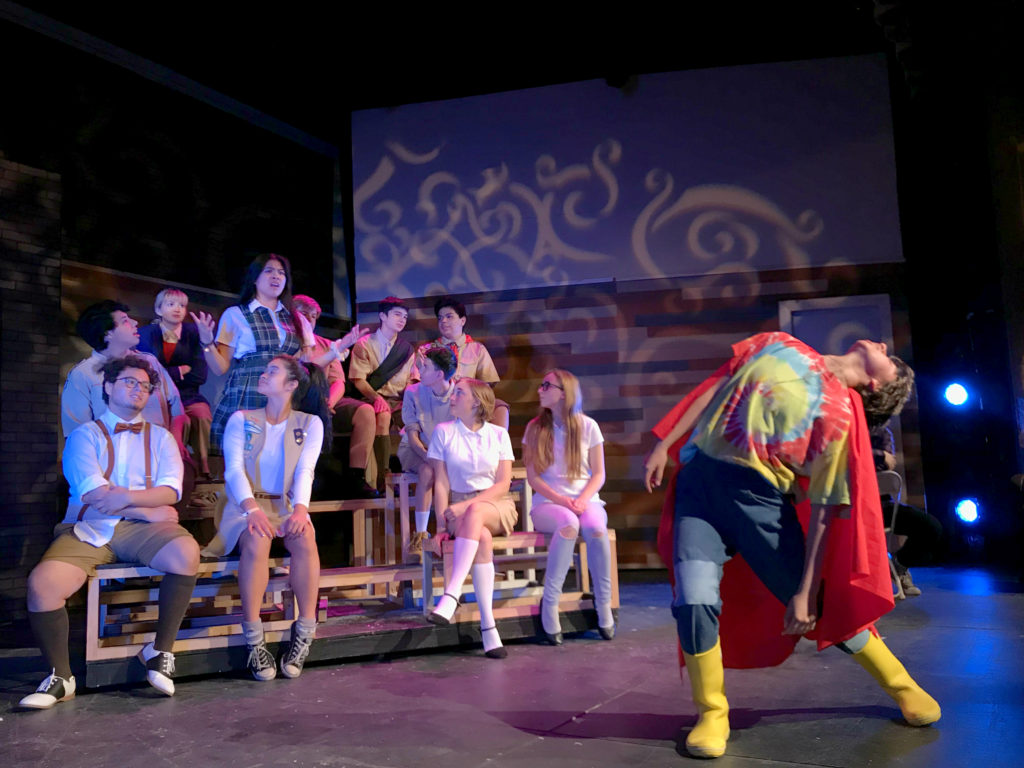 With her two dads helping to coach her through a lisp and psychosomatic low blood pressure, speller Logainne SchwartzandGrubenierre, played by junior Becca Snook, portrays the horrific experiences of being a pubescent twelve-year-old, which is something everyone can relate to even if they’ve never been in a spelling bee, she said.

The audience will start to feel for the spellers and sympathize with their stories, and feel like they are getting eliminated with each kid, she said.

“Logainne is the biracial, half-Jewish president of the Gay-Straight Alliance at her elementary school who, despite her trouble breathing, strives to win her fathers’ approval,” she said. “She is beyond stressed from everything that her dads put her through, but she’s trying her best.”

The cast of “Spelling Bee” welcomes English teacher QA Nguyen and Live Oak alumna (and former Drama Guild president) Christy Wright in the roles of the adult administrators of the bee.

Nguyen brings his signature wit to Douglas Panch, the frustrated vice principal who reads the official words to the spellers.

Free to introduce words of his choosing, Nguyen lends an element of surprise to the proceedings. No one knows exactly which word they’ll get next.

Wright performed on the South Valley Civic Theatre stage as Logainne SchwartzandGrubenierre in its “Spelling Bee” in 2012.

“I’m looking forward to taking on a new role at the bee!” said Wright, who plays Rona in this new production.

Like Wright, Rona returns to her alma mater to usher a new generation of students into the hall of spelling champions.

Noelle Benitez is a senior at Live Oak High School.