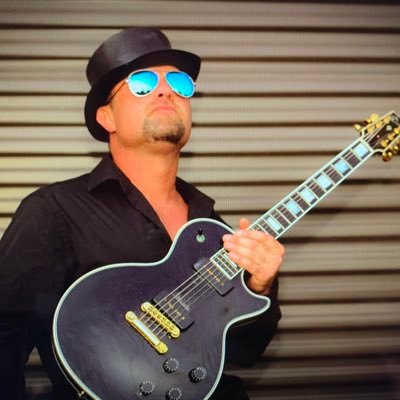 Rich Firato, who books the bands for the Friday Night Music Series asked me to join him for a lunch with Shane Dwight. Although I have known Shane from the South Bay blues scene for many years ago, I wouldn’t say we were really friends, just musical acquaintances.  I know that he is a skilled guitar player and singer. Every time I have seen him, he was always nice and friendly to me.

It was really a good opportunity to find out more about Shane both past and present. We did learn that we had many musical friends in common and we both have an affinity for blues and country music. Our conversation gravitated to one guy we both knew very well and each had a good relationship with, the late John Garcia. John was truly the musician’s musician and loved to share his musical knowledge, his music, and stories with fans and other musicians. He was a storyteller and had so many stories to tell from his many years on the road with John Lee Hooker. John was Shane’s guitar teacher for a while and recalled going to John’s apartment in Gilroy for lessons. He also recalled sitting in on the streets with John.

Shane spoke about how he was on top of the local blues scene when he decided to trade in his signature fedora for a trucker style baseball cap and move to Nashville to play country music (another passion of his). He admitted that some of his fans were actually angry that he gave up the blues for country music, but he was curious to explore that scene and in doing so picked up a whole new fan base, met many great country musicians and seamlessly transposed his harder-edged rocking, blues style to a crowd-pleasing danceable rocking country music.

Shane Dwight headlines the Friday Night Music Series July 5 and is genuinely appreciative to have the opportunity to showcase his new release “No One Loves Me Better” in his hometown. All the songs are written by Shane and many with the help of his great friend Derek Alldredge and include a stellar cast of musicians.

For instance, background vocalist is Bekka Bramlett daughter of famed duo Bonnie & Delaney has worked with Joe Cocker, Fleetwood Mac, Faith Hill, Dwight Yoakum and Vince Gill. Rhythm guitar and slide guitarist Rob McNelley one of the hottest sidemen in Nashville whose credits include rhythm guitar with Bob Seger and the Silver Bullet Band and recording with Kid Rock and Toby Keith.

Drummer Kenneth Belvins is best known for his work with John Hiatt and Sonny Landreth but has also played on recordings by John Prine and Charles Brown among many others. Patrick O’Hearn the bass player came to prominence with Frank Zappa and was the co-founder of ’80s pop band Missing Persons.

Keyboardist Kevin McKendree is known for his work backing Lee Roy Parnell, touring with Delbert McClinton and recording on over thirty albums.

And then to put the icing on the cake, harmonica player Mickey Raphael was called in to give a few of the songs some tasty flavor. Mickey is Willie Nelson’s harmonica sideman and has been with Willie for decades. This is one powerful album mixed by legendary studio engineer Gregg A. Brown.

The title cut “No One Loves Me Better” is well worth the price of the disc alone. Shane plans to play songs off the new album and promises to take a selfie with everyone who buys the CD that night. His energy on stage is nothing short of dynamic and his straight from the heart music will get you off your feet moving to the groove. Shane will also be throwing in some of his more known music from his many years dominating the local blues scene. It is going to be a fun night with our very own local boy.

On another note, the country music scene in Morgan Hill is stronger than ever with the Boots & Brews Festival coming to town June 29. The producers of the legendary California Beer Festival are proud to announce the Inaugural Boots & Brews Country Music Festival held from 1:30 to 10 p.m., at the Morgan Hill Outdoor Sports Center.

The day will feature food from local food vendors and a variety of ice cold beer. The music line-up is strong from beginning to end and include Brodie Stewart, Matt Stell, Eric Paslay, Racheal Lynn Woodward and headliner Rodney Atkins. There are top country acts and we should all come out and welcome them to Morgan Hill.

Speaking of country, The Country Cougars will be headlining the Friday Night Music Series June 28 as a kick-off to the Boots & Brews Festival.