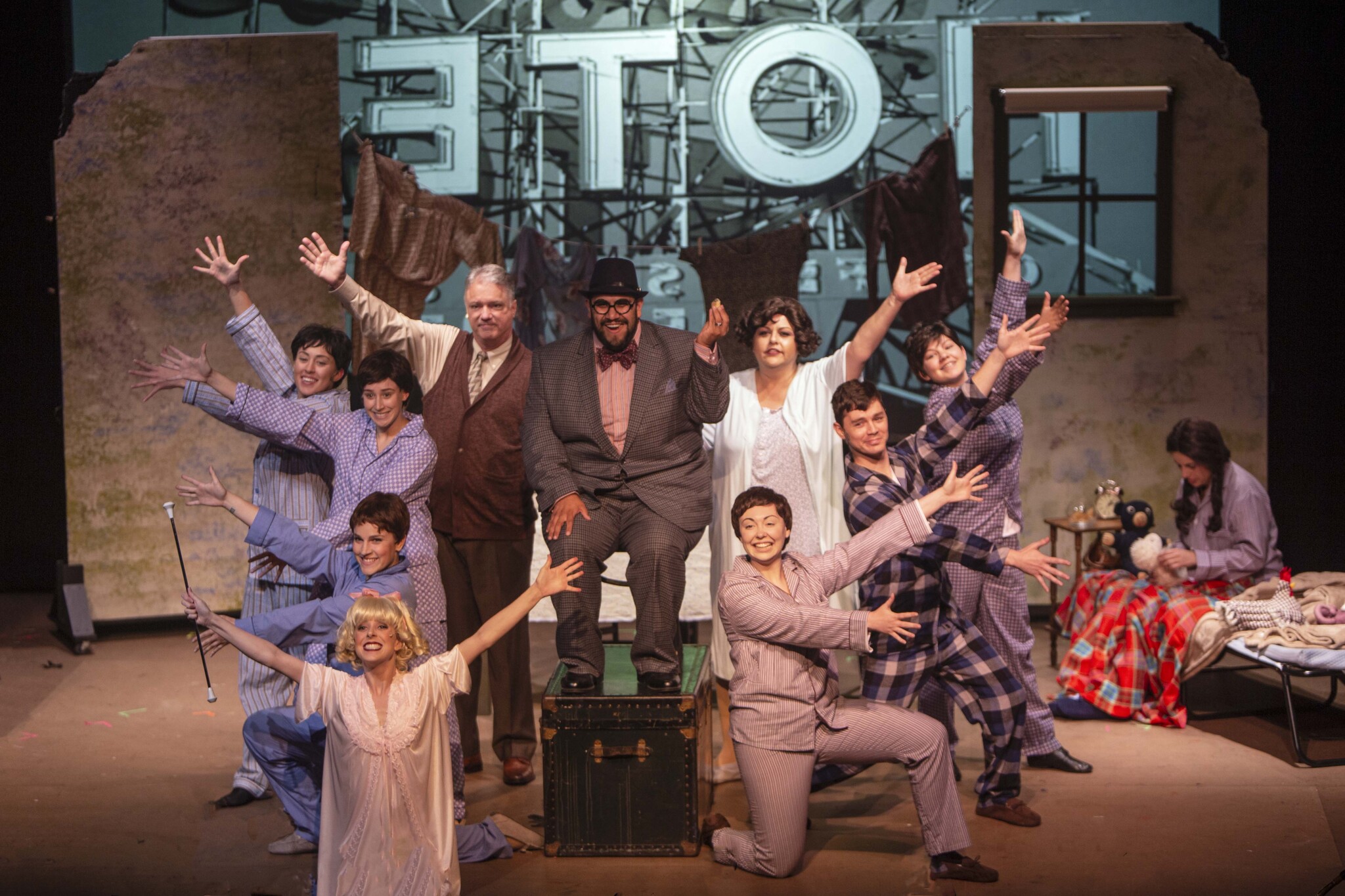 The South Valley Civic Theatre’s production of “Gypsy, A Musical Fable” brings to the Morgan Hill Playhouse a Broadway stage classic about an overbearing stage mother who stops at nothing to further her two daughters’ careers. The result is the talented daughter, June, flees the family and shy Louise transforms into a burlesque stripper. 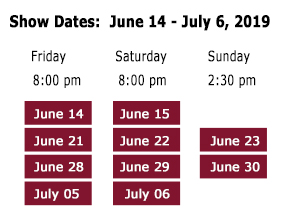 The musical is based on the 1957 memoirs of TV Gypsy Rose Lee. Authur Laurents took the material and in 1959 turned it into a smash hit on Broadway with music and lyrics by Jule Styne and Stephen Sondheim. The incomparable Ethel Merman starred as the stage mom Rose. In 1962 the show was made into a movie with Roseland Russell.

Rose is one tough role to perform and Ingrid Rottman brings dynamic talent to this larger-than-life character. She is on stage for just about every scene and has more songs to belt out than any other character in the show. I have seen “Gypsy” four times, once on Broadway with Merman and three other different productions throughout the years. Rottman’s Rose in this SVCT’s production is well developed. She hits her marks and belts out the Styne/Sondheim songs with the authority of a magnificently trained voice .

Chloe Angst as Louise sheds her dumpy awkward persona by accident with a push from Rose to become the sleek, clever, grand Gypsy Rose Lee. With this new persona, Louise finds herself for the first time in control of her life, and Angst delivers the role believably with a terrific set of pipes 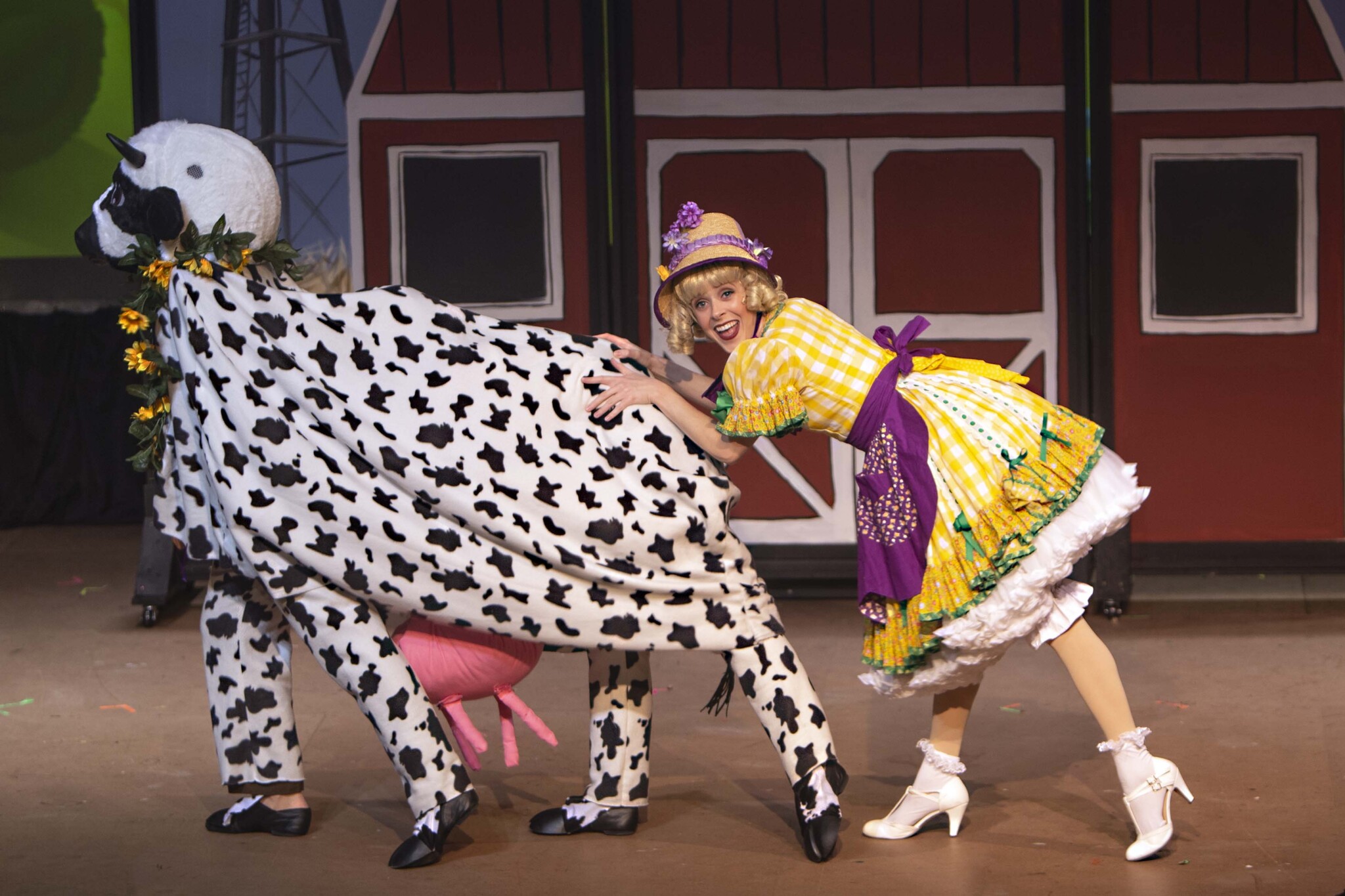 The journey is hilarious and, at times, poignant. The music and lyrics are standard. It is hard to get “Let Me Entertain You” out of your head. Showtunes including “If Momma Were Married,” “Small World,” and “Little Lamb” set the perfect mood to taking us through the tale of transformation. “Everything is Coming Up Roses and “Roses Turn” belongs Rottman.

Director Adrianne Wilkinson delivers a slick, fast-moving production. The cast is primed with adorable kids showcasing their singing, acting and dancing talents. Saidee Avila as Baby June and Ronni Hinch as Young Louise carry the first act with solid performances and more than hold their own with their adult counterparts.

Excellent chorography by Valerie Valenzuela and delightful costumes by Adrianne Wilkinson and her assistants add to the visual fun of the show. The orchestra with a heavy score conducted by Carol Harris moves the orchestra with a zestful baton.

SVCT’s “Gypsy” is wonderful entertainment putting a spotlight on the darker side of the show biz world. Enjoy an evening with friends and family discovering how a shy girl became a brazen burlesque stripper named Gypsy Rose Lee.

Camille Bounds is the theatre and arts columnist for Morgan Hill and Gilroy Life.

Theater Columnist at Morgan Hill Life
Camille Bounds is the theater columnist for the Morgan Hill Life and Gilroy LIfe newspapers. She has performed on Broadway and traveled around the world. She can be reached at: bounds17@gmail,com