Life Media Group is 2019 Small Business of the Year

South Valley residents, businesses thanked for their support over years 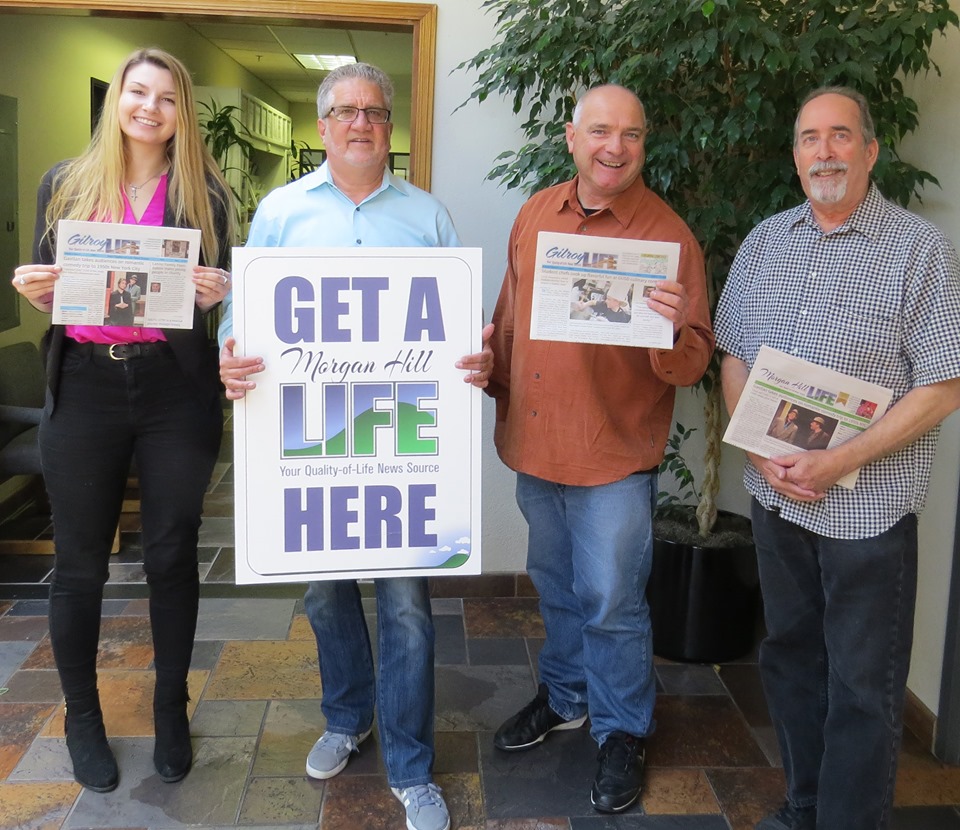 To receive the prestigious business-focused recognition, Marty Cheek, publisher and co-owner of Life Media Group with editor Robert Airoldi, attended the annual “A Salute to Small Business” luncheon held in the ballroom at the Sheraton Grande Hotel in Sacramento June 19. 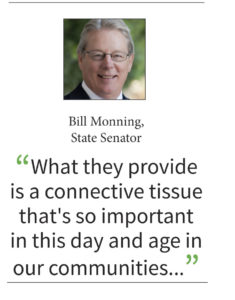 “It’s my honor to recognize Life Media Group and its co-founder, Marty Cheek, who publishes the Morgan Hill Life and Gilroy Life publications that is distributed to every resident of Morgan Hill and Gilroy,” Monning said in presenting the award. “What they provide is a connective tissue that’s so important in this day and age to our communities, connecting those of us who work in government with the people we represent by providing a platform that is local and verifiable. I’ll just close in my congratulations and appreciation with a quote from co-founder Marty Cheek who says ‘If we lose our free press, we lose our freedoms. If we lose our freedoms, we lose America.’”

Companies from 26 state senate districts were honored with 2019 Small Business of the Year awards selected by their state senator. Life Media Group is proud to be part of this esteemed group of businesses from cities and towns throughout California, Cheek said. CSBA also awarded companies in more than 50 state assembly districts with 2019 Small Business of the Year recognition.

“Thank you Sen. Monning and your wonderful staff for selecting Life Media Group as your choice for District 17’s 2019 California Small Business of the Year,” Cheek said. “We also feel tremendously grateful to the many, many amazing residents and business owners of Gilroy, San Martin and Morgan Hill who have supported our two local newspapers over the years. Without the South Valley community’s encouragement and assistance, Gilroy Life and Morgan Hill Life would not exist.”

Cheek and Airoldi started Life Media Group LLC Jan. 1, 2013 as a media experiment in hyper-local quality-of-life news. Morgan Hill Life’s first issue was published June 26, 2013 and Gilroy Life’s first issue came out June 29, 2016. Both newspapers are free and mailed by the U.S. Postal Service to every home and business in their communities. Gilroy Life goes to 21,670 post boxes and Morgan Hill Life goes to 18,506 post boxes.

Monning said he and his staff selected Life Media Group because of  its commitment to protecting and enhancing local media as a service to connect the people of South Valley and inform them about government-related issues that impact their lives.

“Increasingly with the loss of local daily newspapers, we’ve lost that important connective tissue that keeps our democracy vital,” the state senator told Cheek. “The service you provide in Morgan Hill and Gilroy provides that connective tissue. Your newspapers are vital in the maintenance of an informed public.”

Every year CSBA sponsors the ceremony on California Small Business Day, a day of recognition where the organization teams with state legislators to honor the owners of 80 local firms throughout the state, said Betty Jo Toccoli, president of the nonprofit.

“We think it is important to recognize small business owners for they are unsung heroes and the life blood of the local communities,” she said. “They sponsor the Little League team and even with busy schedules find time to attend the local Chamber of Commerce meetings. In other words, they are the soul of the community.”

CSBA represents more than 200,000 California small businesses through their affiliate organizations.  The group was formed by the California delegates to the 1980 White House Conference on Small Business to provide advocacy at the state level.

“While regulation and legislation are the focal points, this is accomplished through issue committees working on 11 different areas,” Toccoli said. “California Small Business Day gives the legislators a chance to say thank you.”

Life Media Group has demonstrated its commitment to the community by engaging residents and businesses of the South Valley with news stories and op-ed pieces to take action to protect their quality of life, Monning told Cheek.

“The work you’re doing to provide current events, profiling local heroes, sharing a platform for people to share their ideas and opinions, it’s immediately verifiable and it’s the authenticity that it’s locally created,” he said.

The two discussed the state of news media in America today. Monning expressed concern about the verbal attacks on members of the press by some people, including trying to destroy public trust for news media organizations by labeling their reports as “fake news” if they put an unflattering light on them.

“It’s disrespectful at one level and it’s very dangerous at another level,” he said. “The historical precedent of vilifying the media was the Nazi regime prior to World War II and the Holocaust.”

Cheek expressed to the senator his concern about the state of American news media.

“If we lose our free press, God forbid, then we’re going to see a decline in our democracy, and that will lead to anarchy and that will cause a lot of problems in our economics, and politics and society,” he said. “But I also see the potential good of what media can do. The power of media shapes the social will. The social will pushes the political drive. The political drives creates the policies and laws that impact a community, hopefully in a good way. Local newspapers like Gilroy Life and Morgan Hill Life play a vital role in local communities. That’s why we feel honored for Life Media Group to receive recognition as the 2019 Small Business of the Year for California State Senate District 17.”