Matthew Stein, a four-year resident, takes over from the Hunts who ran the parade for nearly 40 years 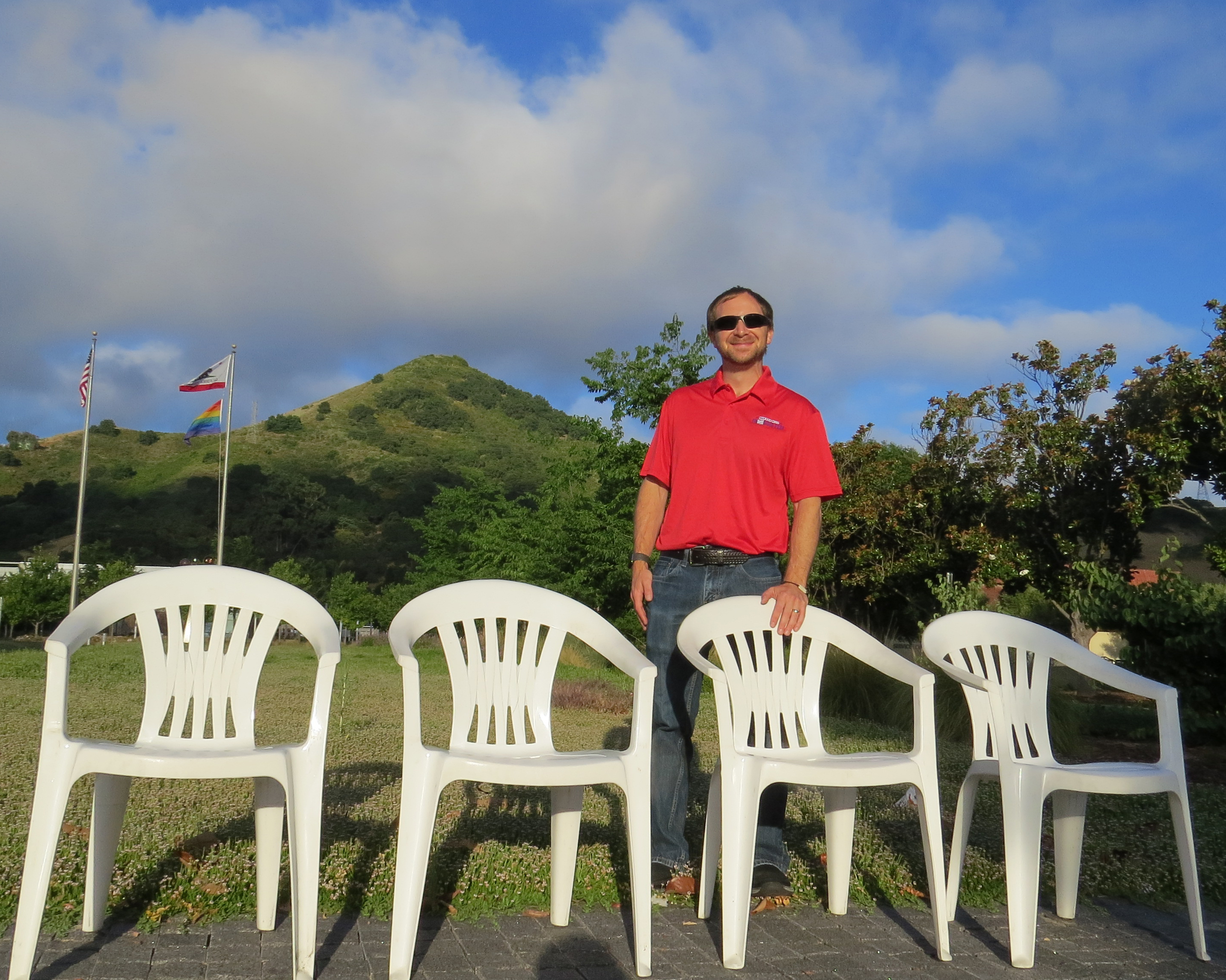 Photo by Marty Cheek
Matthew Stein is the new chairperson for the Morgan Hill Freedom Fest Fourth of July Parade.

Matthew Stein loves a parade. Little did he know when he and his wife, Erica, moved to Morgan Hill in early 2015, four years later he would be in charge of the community’s beloved Independence Day parade.

When Bob and Maureen Hunt “retired” from the job after nearly 40 years of organizing the July 4 pomp and pageantry of floats, marching bands and other entries, Stein gladly stepped into the role as chair. The 40-year-old Cisco Systems engineer saw it as not only a challenge of logistics and leadership but a gift to the people of the South Valley. Although he had previously served as the chair organizing Red Cross first-aid volunteers at all the Freedom Fest events, he found himself amazed by the scale of the parade project. 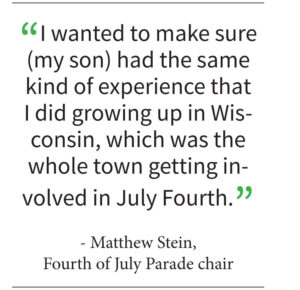 “It is remarkable what it takes to put on a parade,” he said. “There are quite a few details but it’s actually very inspiring to see all these volunteers come together and do their thing. My job is to support those volunteers in their roles. It’s been really humbling.”

Stein’s 10-month-old son, Sawyer, is an important reason he took on the leadership role as parade chair. He wants to make sure the legacy of a parade celebrating America’s birthday continues for his son and all children in South Valley, just as he experienced growing up in the Midwest.

“When my wife and I moved to Morgan Hill from San Jose a few years ago, this past year we were privileged enough to have our first child,” he said. “I wanted to make sure he had the same kind of experience that I did growing up in a small town in Wisconsin, which was the whole town getting involved in July Fourth. Doing a parade and being a first-time dad is a little challenging, but it’s also really exciting.”

The Morgan Hill Independence Day Parade has won many awards in the past. Volunteers organize the largest privately-run parade in Northern California and the official 4th of July Parade of Santa Clara County. The parade’s theme this year is “Sing the Songs of America.” It kicks off at 10 a.m. July 4 at the intersection of Fourth Street and Monterey Road with an honor guard of veterans proudly marching with the Stars and Stripes. They will be followed by 130 entries including nine high school marching bands, equestrian units, and floats including a ‘50s diner carrying people performing hit songs from that Rock-Around-the-Clock era of Americana. This year’s Grand Marshal will be former Morgan Hill mayor Steve Tate.

Helping Stein organize the July 4th stroll of thousands through town is a consulting company called Upbeat Parade Productions, based in San Jose.

“They’re professionals who help put on parades across the country July Fourth and other memorable events,” he said. “They bring a level of exposure to us. The idea is they give recommendations on how to organize our parade and make it more efficient and also find sponsorships. This parade requires money and that money comes from the community.”

The cost to put on all the Freedom Fest events including the parade is about $180,000. Stein said 100 percent of that funding comes from the generous donations and sponsorships of local people and businesses.

Organizers estimate that 75,000 viewers last year lined the 1.72 miles of the parade route. There’s science behind that number, Stein said. “A single photographer rides the route on one of the floats in the middle of the parade and take photos of both sides of the course,” he said. “They later stitch them together and use them with an algorithm to count all the people.”

Many of those people in the past month have set up patio chairs along Peak Avenue in front of City Hall. Seeing the line-up of chairs is a tradition in town and Stein is impressed that most people respect their fellow citizens’ property.

“Everyone goes to the parade here in Morgan Hill. It’s always been a standing joke: You know it’s summer season when everyone puts their chairs out for the parade,” he said. “There’s not a lot of places where you can put a chair on the side of the road — a nice chair — and it’s going to be there July the Fourth. Here, that’s the case. That’s cool.”