Music in the Air . . . with Mark ‘Fenny’ Fenichel: Border rock music in Morgan Hill crosses all borders with no boundaries 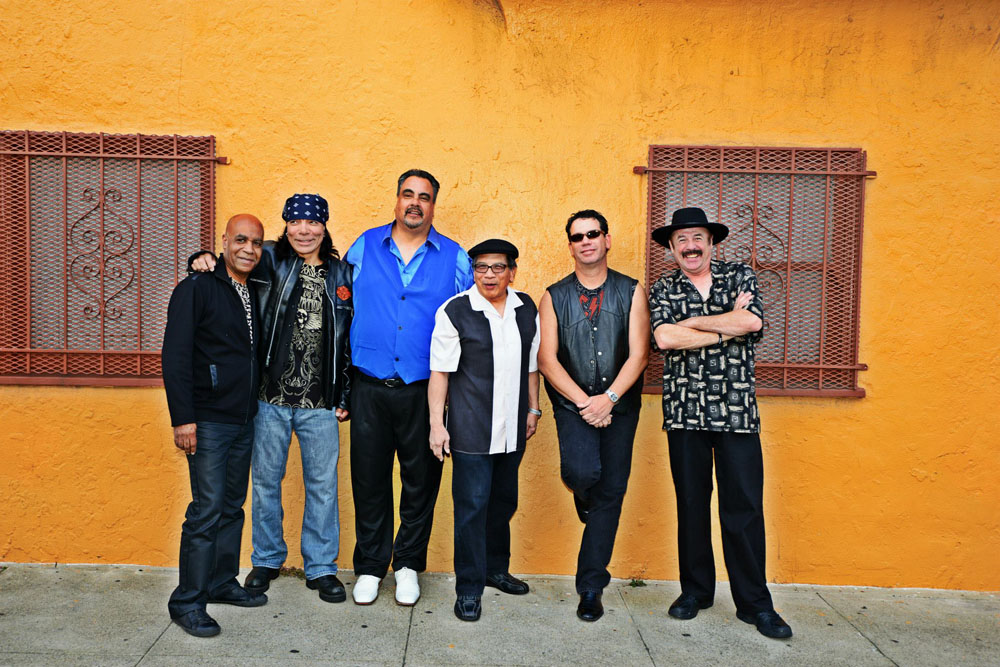 Morgan Hill’s Friday Night Music Series has really stepped up to bring a very special Latino-based band to our music series July 26. Puro Bandido is well known in San Francisco and the East Bay but has had very little exposure to South County audiences until now. The band has been rolling out the Latin Rock or what they call “Border Rock, crossing all borders and having no boundaries” for 40 years and celebrating their 40th anniversary by spreading the music throughout the Bay Area and beyond.

Band leader and percussionist Richard “Bandido” Segovia has been a long-time proponent of the Latino rock sound and has taken his band on numerous adventures, opening shows for Tower of Power, Santana, Sheila E, Eddie Palmieri, and Tito Puente just to name a few. In 2002 Puro Bandido performed at the San Francisco Heinekin Regada with special guest Jorge Santana.

Richard’s union with Oakland-based artist Michael Rios who’s works include murals throughout San Francisco and album covers including the cover art for Santana’s multi-million selling album Supernatural has propelled him into promoting T-shirts featuring Rios’ wildly colored artwork on shirts that pay tribute to music and many artists including Jimi Hendrix and Santana.

Segovia was recognized by the California Arts Commission and awarded a grant for his musical and social achievements.

He took the money and commissioned Rios to paint a Latin Rock mural all over his San Francisco house with many of the musicians that had come there to record and hang out. The city declared him officially “The Mayor of the Mission” and made September 17 Richard Segovia Day. In celebration he threw a large party at the house inviting all the musicians in the mural. More than 100 musical friends showed up. (Free beer and live music is always a good way to get musicians to show up). Rios’ art most certainly put the house on the map helping to make the musical house it what it is today.

Members of the band include guitarist Johnny Gunn, Billy ‘Shoes’ Johnson on drums (he has appeared on albums by Santana and Patti LaBelle and will be celebrating his birthday July 26), Ron Mesina on congas, Ron Astrada on bass guitar, Steve Salinas on keys and vocals, Segovia on timbales and vocals, Michael Peliquin on sax and harmonica, Marsalis Broussard on trumpet and a very special guest 12-year-old timbale phenom Adrian ‘Jamon” Zuniga.

The band will perform many originals and slipping in some songs from some of their favorite artists. Segovia has also commissioned a bus to bring 56 people to the show with a stop at Morgan Hill’s Pirate’s Cove and a stop at a local restaurant before the show. Puro Bandido’s entire set will be dedicated to Richard’s Uncle Joe Sanchez and his local brother singer Ted Sanchez. This is one of those Friday night shows not to miss.

On another note … Just a reminder that live music continues to thrive at the wineries, restaurants, and wine bars including Mama Mia’s, Bubbles, 88 Keys Café, Sinaloa Café, The Grapevine, Kelly Brew Company, Guglielmo Winery, and P & V Winery in Morgan Hill; Satori Cellars in San Martin, and Clos LaChance and the Milias in Gilroy.

The local live music scene is growing. Did I miss someone? Let me know.

For tickets and more information visit www.summerfest.sanjosejazz.org or by phone 408-288-7557.