Around Town . . . by Robert Airoldi: Remember what the Garlic Festival is all about: friends, food and fun 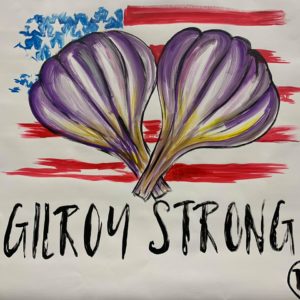 We as a South Valley community share in the shock and the sorrow of the mass shooting Sunday, July 28, at this year’s Gilroy Garlic Festival. Many Morgan Hill residents from local nonprofit organizations and schools participate as volunteers at the annual event.

Publisher Marty Cheek attended the Thursday, Aug. 1, vigil in downtown Gilroy. At least 2,000 people showed their pride in the strength of the community coming together to stand up against a senseless tragedy where three young people were killed and a dozen other people were injured.

Congresswoman Zoe Lofgren spoke at the vigil about the need to get help to deal with the trauma.

“Even if you were not physically hurt at the Gilroy Garlic Festival, you received an injury: something called PTSD,” she said. “That is a normal response to a bad event. But it can hurt you if you don’t get treatment for it. So, I hope you will think about taking advantage of the services that have been made available so that you can get through that and don’t let that harm hang around for a long time.”

In challenging times following an act of evil, human nature can make us fall into the trap of forgetting there is still good in the world. In the aftermath of the violence that happened with the shooting at this year’s Gilroy Garlic Festival, let us not forget that there was still plenty of joy and laughter and food and fun enjoyed by tens of thousands of guests served by more than 4,000 volunteers that will contribute dollars to local nonprofits, school groups and sports teams. I’d like to take a healing moment to put a spotlight on the chefs who competed on the Challenge Butter Cook-Off Stage. 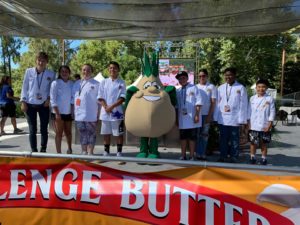 This kid can cook! Twelve-year-old Kaiden Gonzalez of Gilroy won the second annual Garlic Chef Jr. competition with his recipe for Papa’s Crab Cakes and Good Fortune Spring Rolls. As the first place winner, he goes home with a new notebook computer valued at $500.

The competition was hosted by “MasterChef” winner Gerron Hurt. Each contestant had to create one baked or grilled dish containing at least six cloves of garlic. A panel of expert judges evaluated each dish for taste, appearance, creativity, and use of garlic.

Exner beat out seven other finalists from around the country with his original recipe, “Strawberry Tart with Garlic Shiso Cream and Yuzu Glaze.”

It’s a three-peet for our good friend chef Carlos Pineda and sous chef Kishon Southy, both from Gilroy, who won the annual Garlic Showdown at the festival July 28. They impressed the panel of judges with Mixed Herb and Red Beet Pan-Seared Quail and Rib Eye Steak with Five Onion Vinaigrette. They were awarded a $2,500 prize.

Other contestants were Mark Segovia, owner of Segovia Catering in Gilroy; Jon Toste, a freelance chef; and Steven Catalano, the executive chef at Zoox. Pineda works at Rebekah Children’s Services. 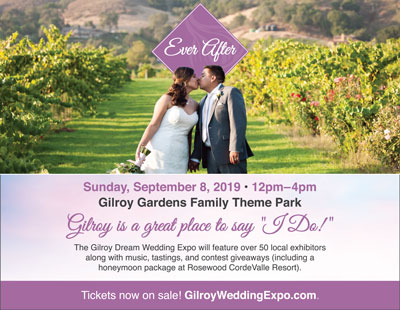