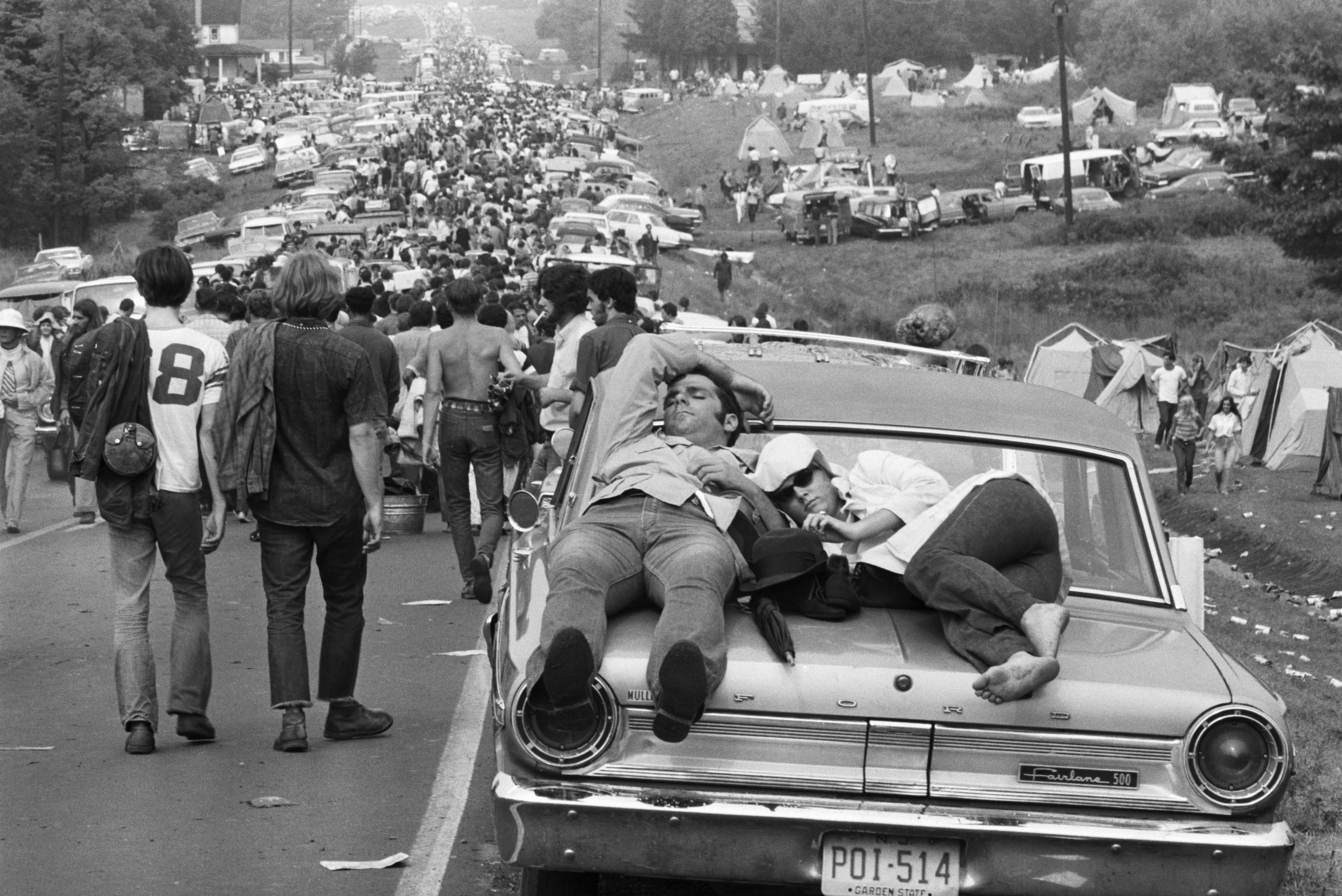 It’s hard to fathom that it has been 50 years since the Woodstock Music and Arts Festival changed history and changed the music world (Aug. 16,17 & 18, 1969). I’m saddened to hear this year’s 50th anniversary celebration was canceled due to lineup issues and financial problems.

But that day 50 years ago, I arrived with my three buddies Thursday night Aug. 15 but we were so stuck in traffic that we ended up pulling off the main road into a field where we were forced to spend the night. A few cars followed us into that random field and did the same.

We pitched our tent and settled in for the night. The next morning the sun came up and the heat and humidity woke us. I stepped out of the tent and couldn’t believe that the entire field was packed with cars and tents and people in sleeping bags and some just sleeping on the grass next to their cars. We couldn’t get our car out as we were blocked in. We packed our things up and carried as much as we could  the two to three miles to the festival site. It was a hot, sticky day walking that long road. We were lucky to get a ride on the trunk of one of the cars in that long line of stop-and-go bumper-to-bumper traffic, but a relief as our tent and poles were heavy and our back packs stuffed with sleeping bags, canteens, snacks and clothing. It was most certainly like we were on a pilgrimage to the unknown.

By the time we arrived at the gate, we saw the fencing laying on the ground and a security person waving us all in. Darn, if I only knew I could have saved the 18 dollars I paid for the three-day ticket I purchased in advance. We found a spot to set up the tent and lay out our sleeping bags inside, zipped up the tent and headed toward the stage area.

People were everywhere, rows of vendor booths, limited food concessions and the constant smell of marijuana and patchouli oil in the air. We knew we had arrived.

Heading toward the giant natural bowl, I could faintly hear taped music playing through a sound system. I had never seen so many people in one place. We stepped off the perimeter and into the enormous crowd to seek out a space to lay down a blanket and claim our ground. There wasn’t much. We settled upon a space and made it our base for the rest of the day and evening.

The stage looked like a very small platform surrounded by scaffolding, but it was quite far away and from the looks of it there was no chance to get any closer. The speaker system appeared small and inadequate to cover such a large sea of people, but as soon as Richie Havens hit the stage the music took over. It was surprisingly audible from so far away.

Where we sat, everyone was sharing food, water and illegal substances.  There were helicopters overhead and I will never forget the sense of paranoia we all felt thinking it was narcotics agents scanning the crowd to bust people for smoking pot. The higher we got the more paranoid we became. We had no idea the bands were being flown into the festival by those helicopters. Then to add to the paranoia the announcements … “stay away from the brown acid, we have a medical emergency on the east side of the stage, do not drink the Kool-Aid.” But the music and the good vibes made you forget about everything else and there was so much love and camaraderie amongst the people sitting around us. I was 16 and invincible, protected by youth and all the goodness of peace and love. And the best part of it all, I am still here.

On another note, there will be one of many benefits to help the victims of the Gilroy Garlic Festival mass shooting. It will be held from 2 to 6 p.m. Sunday, Aug. 18 at the Golden State Brew and Grill, 7560 Monterey Road. There is no cover charge but a suggested donation of $10. There will be raffle prizes and all donations and proceeds go directly to the families of those who lost loved ones. Also a portion of the sales for the day will be donated to the cause.

Music As Language will present Rock for a Reason: California Dreamin’ Aug. 17 to benefit the Wildlife Education and Rehabilitation Center, at Miramar Vineyards, San Martin. It will feature professional musicians and students performing. It is free. Details and tickets, call (408) 782-4793. 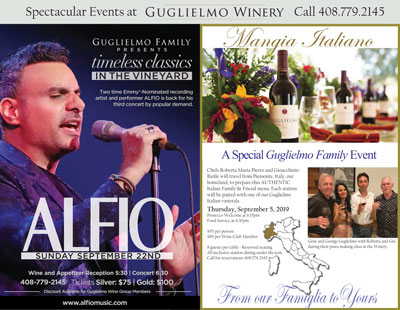