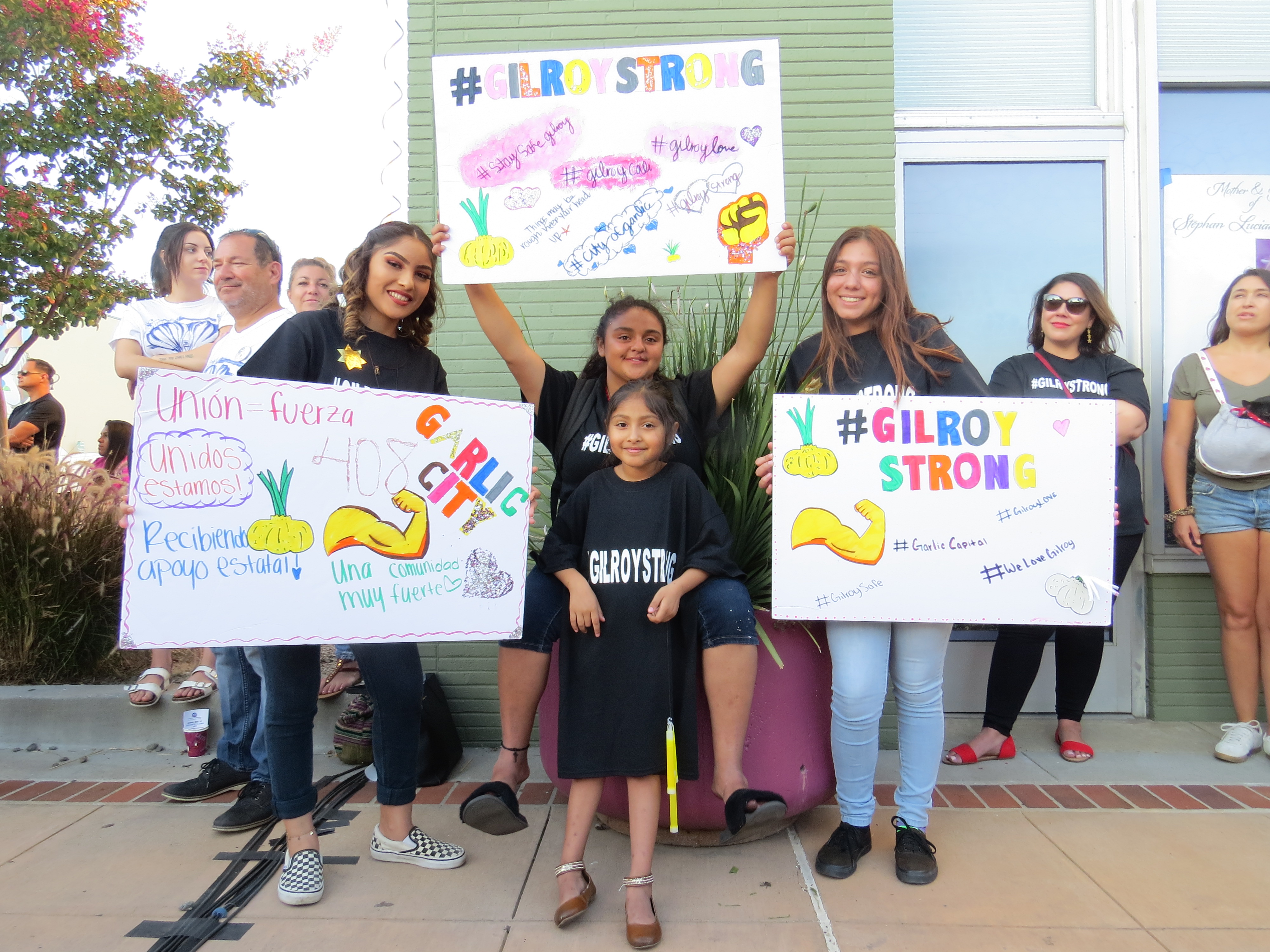 The FBI is investigating the shooting at the Gilroy Garlic Festival as a domestic terrorist incident after authorities said Santino William Legan, 19, had a hit list of targets throughout the country prior to killing three people and injuring 13 Sunday, July 28.

“He had an interest in various, competing ideologies,” Bennett said. “We continue to investigate what, if any, ideology he had eventually settled on.”

Within a minute of the shooting, three Gilroy police officers on patrol returned fire with their handguns, wounding Legan, who then fatally shot himself in the head.

St. Louise Regional Hospital and Valley Medical Center treated 19 patients, including some who were treated but not admitted. The injured ranged in age from 12 to 69; 11 had gunshot injuries and eight had other injuries.

Legan legally purchased the WASR-10 assault rifle (similar to an AK-47) online July 9 from Big Mike’s Gun and Ammo in Fallon, Nev. About 5:40 p.m. on the final day of the festival, he entered the grounds at the northeast corner of Christmas Hill Park by cutting through a perimeter fence along Uvas Creek.

In the area near the Vineyard Stage, he opened fire. Sound engineers and members of the band Tin Man performing on stage smelled gunpowder and heard shots. Chaos and screaming erupted as people started running to find a safe place or crouched behind vendor booths.

Legan spent most of his life in Gilroy, but in the months before the shooting lived in Walker Lake, Nev.

He opened an Instagram account four days before the shooting. On the day of the shooting, Legan made two posts to the account, one of which complained about the event. Another instructed people to read the book “Might Is Right,” a pseudonymous proto-fascist manifesto that promotes racial violence and anti-Semitism and is popular in white supremacist and neo-Nazi circles.

While the community remains shocked at the shooting, South Valley locals have united and come together at vigils and fundraising events that have raised more than $1.1 million as of Thursday, Aug. 23.

If you would like to make a donation, know that 100 percent of what you give will go directly to the victims.

The Silicon Valley Community Foundation and the Gilroy Foundation have developed a protocol and process for distributing the funds to the victims. Applications for victims to apply, both in English and in Spanish, are now available at www.gilroyfoundation.org.

The “Gilroy Garlic Festival Victims Relieve Fund Oversight Committee” has been formed with members from Gilroy Foundation and Silicon Valley Community Foundation. This committee met for the first time Aug. 13 and  will continue to meet twice a week to review applications and decide on awards. It will perform their due diligence in regard to all applications.