Community Voices by Lili Jaquet: Oakwood drama students thrilled to meet one of their theater idols 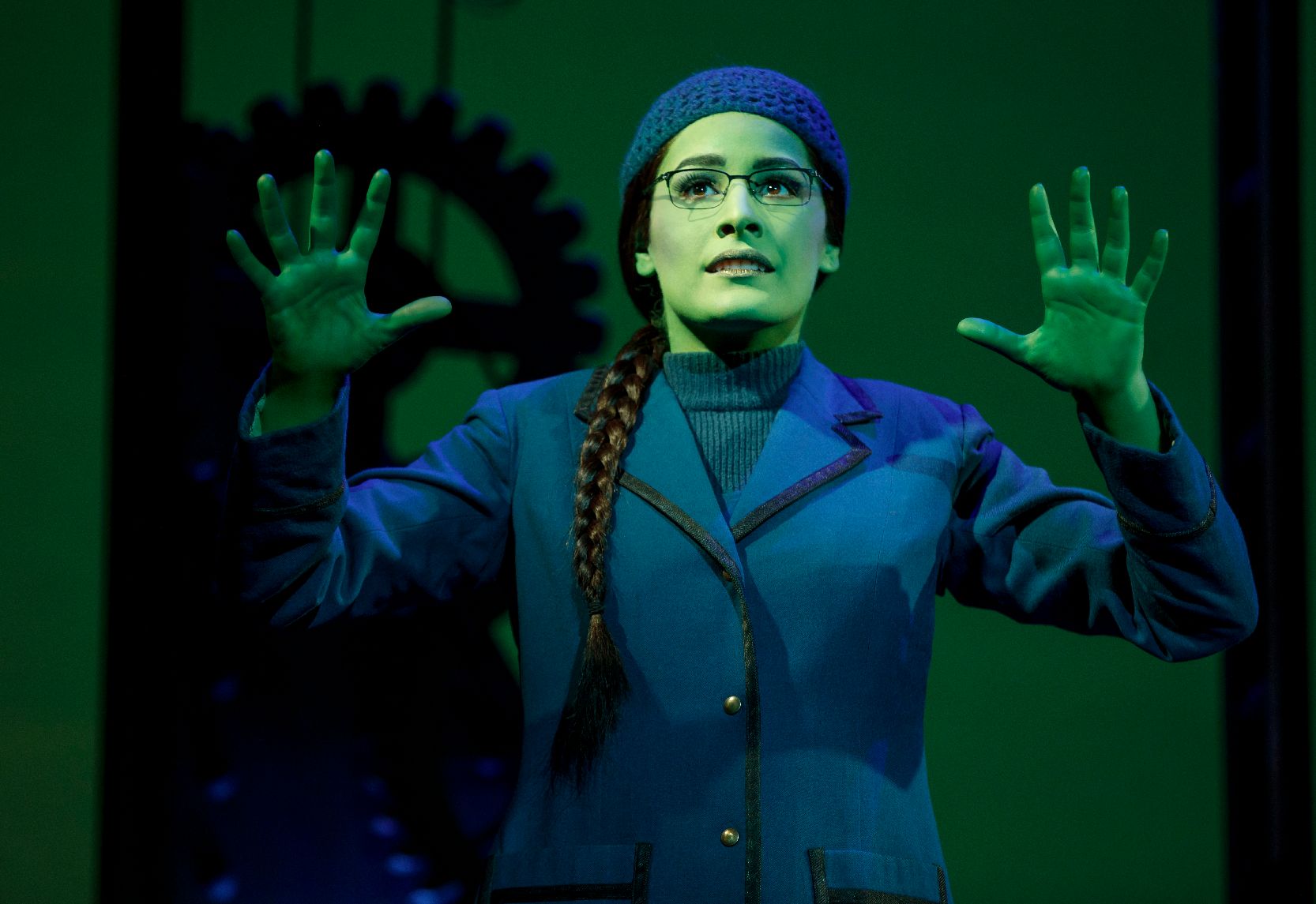 You always remember your first heroes. Usually, they are distant idols, like when the quarterback tosses the signed ball your way or, as it was for Cecilia Ticktin, when an actress drops to her knees onstage during the best number in the show and seems to be looking right at you. Rarely do you get the chance to meet them personally and talk so candidly that you leave knowing what snacks they keep in their dressing rooms— mochi chips from Trader Joe’s.

On Aug. 28, Oakwood School’s performing arts students had a chance to meet and talk with Cecilia Ticktin, the current Elphaba standby from the Broadway National tour of “Wicked.” Before Ticktin arrived, the 40 middle-through-high-schoolers were chatting excitedly in their seats, trading facts they had read in her interviews and wondering what she might be like. An audible hush came over the gymnasium as Ticktin walked in and greeted the upper school principal Patricia Crone, and the other adults who had helped organize the event.

After taking her seat onstage, the crowd settled in and waited for the monologue on her back story, her professional training, and where she had gone to school. Instead, a smiling Ticktin introduced herself, gave a 60-second description of her job as a standby, and then immediately opened the floor for questions. The first hand to shoot up belonged to Kathy Abbey, the head of Oakwood’s drama department and arguably the most excited person in the room, who started the session off with a question about how long it takes to “go green,” (the answer, by the way, is 40 minutes and yes, it does come off like normal makeup).

Questions came without pause for the next 50 minutes or so, during which the crowd of students and older theater fans learned that Cecilia also came from a small town; that her 8th grade class size was about nine students; that she has taken a voice lesson every week for 22 years; and that the worst part of traveling is not seeing her dog. Cecilia was taking questions and cracking jokes with students right up until her call time; but before she left, Cecilia offered to sign autographs for anyone who wanted: upon hearing this, 36 of the 40 students and all of the adults jumped up from their seats.

Ticktin’s humbleness and easy smile was catching as the students filed out of the auditorium. For the rest of the day, it was not uncommon to hear exclamations of “Did that really happen?!” but to observers, it was clear that Cecilia had left behind something concrete. When asked what enabled her to succeed, Ticktin declared it was thanks to “a healthy amount of delusion.” When reality tells you, “‘this is too big of a goal,’” Ticktin preached that, “there has to be an insane part of you that says, ‘No! I can do it!’” Throughout her interview with the students, Cecilia was candid about the struggles of pursuing a career in the performing arts, saying there were times she knew that her belief was irrational. But with her healthy amount of delusion and the decision to work harder than anyone else, she had made it. And if she had, the students thought, why couldn’t we?

Oakwood School has been expanding greatly in the past two years, with the most recent addition of two new buildings- a gym and a liberal arts building with a 200-plus seat theater. The new theater has long been a topic of discussion for the performing arts students who lamented losing stage time to basketball and volleyball teams that needed the gym. The reality of a space being dedicated to them has shifted the attitude of aspiring actors in the upper school, affirming the possibility of their name in lights someday. And now that they have met a real live Broadway star, the young actors of Oakwood can practically taste the mochi chips.

Lili Jaquet is an Oakwood School junior. She wrote this for Morgan Hill Life.