Gilroy Garlic Festival will return in 2020, its executive director confirms

In first significant session with the media, Brian Bowe recounts details of tragic event on July 28 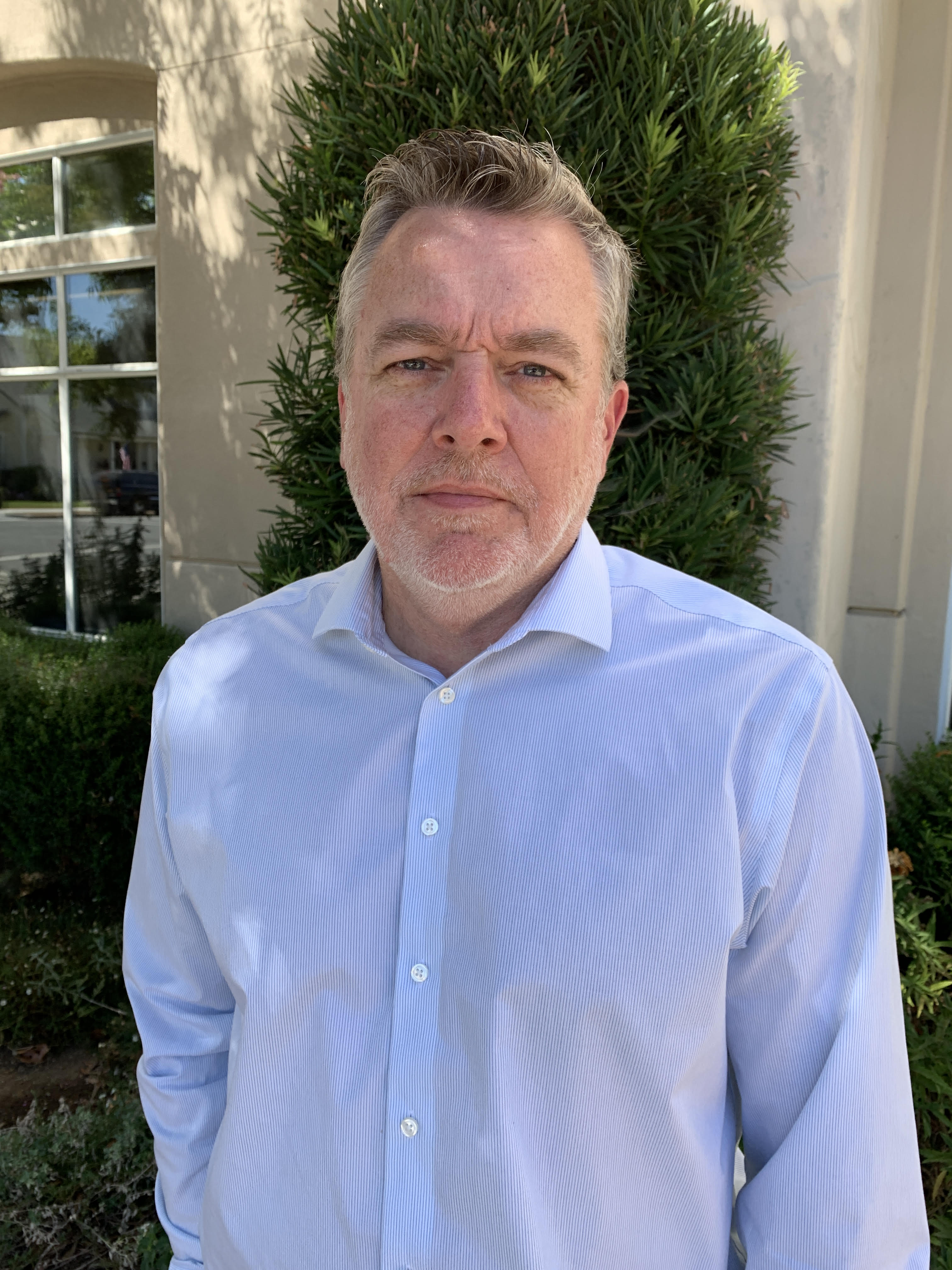 Brian Bowe doesn’t have to go back too far to unearth a favorite Gilroy Garlic Festival memory.

“Saturday evening I was standing on the rail halfway up in the amphitheater listening to this amazing concert by Colbie Caillat. And it was just one of those moments where I wasn’t having to be in charge of everything festival. I was actually able to soak it in and enjoy the energy of the festival and see the sea of people packing the amphitheater who were all just so happy to be there.”

Just 24 hours later, his world flew into a chaotic nightmare when a 19-year-old deranged gunman, consumed with evil intentions and armed to the teeth with an assault rifle and extra ammunition, cut through a perimeter fence. He wormed onto the grounds and opened fire. Three died in the hail of bullets, 17 were injured, and terror reigned on the festival grounds. The gunman, shot by Gilroy Police officers, also shot himself and died. 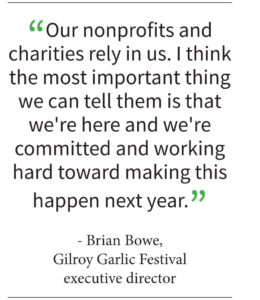 Now, two months after the tragedy, Bowe and the nine volunteer members comprising the Gilroy Garlic Festival Board of Directors are determined to stage the next garlic gathering.

“We are unequivocally committed to Gilroy Garlic Festival 42,” Bowe said in an hour-long interview, his first significant session with any media since the tragedy.

At a recent board meeting, one of many since the mass shooting which attracted national media attention, there were no dissenters, Bowe said.

With sighs and occasional pursed lips, he mostly deflected questions about his personal feelings and the events of the day, shielding the obvious emotions behind his blue eyes.

Sliding his chair from the conference table to his desk, he picked up a yellow manila folder filled with handwritten notes, donned glasses over his 56-year-old eyes and picked one from the pile.

“This one I love. This was a couple. They first came to the festival in ’89. And they came back this year … ‘I just wanted to say we support you and the beautiful, hard-working, generous volunteers at the Gilroy Garlic Festival.’ She bought a hat for her husband in ’89, some crazy looking garlic hat, and she says she can always spot him in the crowd, because he’s wearing that ridiculous garlic hat.”

The notes are icing on a multi-tiered cake of what Bowe termed “an overwhelming outpouring of support.”

“Just this morning, I got a call …” Bowe pauses to gather himself, quell the rising emotion and takes a deep breath. “I got choked up … when a local vendor who would normally bill us $15,000 to $20,000 for their services said, we recognize how tough this year has been, we recognize the importance of the festival and the importance of your place in the community and we want to waive our entire billing for this year’s services.”

Next year, the huge framed faux check displayed on the festival grounds next to the giant burning garlic bulb will boast a number in excess of $12 million plowed back into the community over a four-decade span.

The beneficiary list is long. Children are high on the list. Programs within the Gilroy Unified School District — everything from band to parent clubs to sports teams — receive more than $100,000 yearly. Church youth groups raising money to build shelters in Mexico, animal lovers helping to provide spay and neuter services, volunteers dedicated to funding a memorial scholarship fund are all represented.

The Garlic Festival has $12 million roots.

“It’s our heritage — our partnership with the community — what we do and what we are for our volunteers. Our nonprofits and charities rely on us. I think the most important thing we can tell them is that we’re here and we’re committed and working hard toward making this happen next year.”

Before the bedlam transpired, there were positive signs. The festival struggled financially in 2018, Bowe said, and made a concerted effort in the “off-season” to cut ever-growing expenses and increase revenues.

Perhaps more importantly, the sponsors chimed in after the tragedy.

They’ve also inquired about sending cash donations. The festival has directed every one of those hundreds of inquiries to the fund for the victims being administered by the Gilroy Foundation, Bowe said. That fund has grown to more than $1.7 million.

Given the interest from sponsors and vendors and the public, the board decided to start a separate line item for donations to the festival itself. “Gilroy 42” is a fund “benefiting the recovery and sustainability of the Gilroy Garlic Festival and our over 240 nonprofit organizations.”

“The point is for us to have a way to accept donations and use it to support our mission moving forward to make sure we sustain the association and put on a festival next year for the benefit of the local charities and nonprofits that rely on us,” he said.

“It’s several generations now of people who are invested in this event, and our board especially takes it very seriously that we need to keep it going.”

Bowe recalls a “generations ago” memory as a Garlic Festival volunteer. He roamed Christmas Hill Park selling balloons “back when it was a thing.”

“It looks like a really fun job. But my arm never hurt so badly as after a four-hour stint trying to hold on to a big thing of balloons.”

His charge is far weightier now: to keep the festival in the air.

So much is still unknown. Potentially, there are legal issues that Bowe can’t speak about — though he did say there are no pending lawsuits against the festival related to the shooting. There are still invoices and receipts to sort out. Insurance and security costs for next year’s festival are unknowable.

Meanwhile, Bowe, the board, the 4,000 volunteers and all the groups which benefit year after year have to hold their collective garlic breath and wait for the shooting stench to clear.

“I mean sometimes you go, ‘I can’t believe this happened.’ … You can never, you know, imagine this happening,” Bowe said.

“The question I get most is not ‘Brian, how are you doing?’ But, “Is there going to be a festival again next year?’ And the answer I give is, ‘Yes!’”

Mark Derry is the former editor of the Gilroy Dispatch. He has lived in Gilroy for 40 years and is married to a lifelong Gilroyan. They are both longtime festival volunteers.