Music in the Air . . . with Mark ‘Fenny’ Fenichel: Show me the Money and I’ll show you a special musical moment 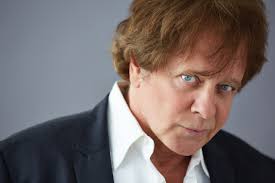 It was a sad day when I learned rock icon Eddie Money had passed away Sept. 13 due to complications from esophageal cancer at age 70. He and his band had entertained crowds at the Mushroom Mardi Gras.

I had met him a number of times and opened for his band once. He was one of those guys who was just naturally funny and always the nicest, most down-to-earth person you’d ever want to meet.

I will never forget the day I got to sit in with Eddie and his very special band. It was the week before Thanksgiving in 2008 and Eddie was appearing at the Fox Theater in Salinas. 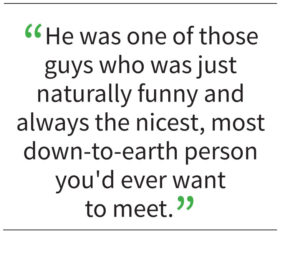 I was working in radio at the time and connected with various people in the music biz. I had a couple of friends who were really close with Eddie and they worked it out to get me a guest appearance in his show that night.

He was a household name in the music industry with 26 songs in the top 100 charts, and that night Money didn’t have his regular band but was performing with The NameDroppers, which was a special treat not only for the audience but for Eddie as well.

On drums was Donny Baldwin, the drummer for Elvin Bishop, and had recorded six albums with Bishop, including “Fooled Around And Fell In Love.” Baldwin drummed for the Starship after leaving Bishop in the early 1980s and had four consecutive number one hits and several gold and platinum albums. In the early 1990s, Baldwin became the drummer for The Jerry Garcia Band, playing with Garcia until his death in 1995.

Jeff Tamelier on guitar played for Tower of Power at the time and prior to that played guitar for Pacific Brass & Electric, Lydia Pense & Cold Blood, and then with Mickey Thomas and Starship.

Bassist Tommy Miller had toured and recorded with Doug Clifford of Creedence Clearwater Revival, Bobby Whitlock of Derek & the Dominos and Delaney & Bonnie & Friends. Miller at that time was the bass player with Gregg Allman & Friends since 1990.

I was hanging out in the wings totally enjoying the show not knowing if I was really going to play and when that might happen. Suddenly, in his thick New York accent, Eddie calls me to the stage. “Mawk, come on out and join the band. We got a really terrific hawp playuh here with us tonight,” he told the audience.

I had no clue what we were going to play, but the band ripped into a bluesy tune and I played on the next two. Eddie sang, blew some sax, and I fit right in with those guys.

Later that evening Eddie made it a point to come over and praise my performance. He said, “You really know how to play that thing, that was terrific!” Being a harmonica player himself, what a nice thing for him to say and a special moment in time for me.