Around Town . . . by Robert Airoldi: Morgan Hill mourns the loss of a man who aided people and pets 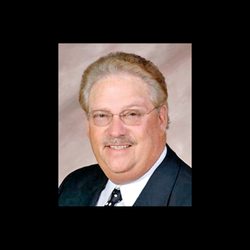 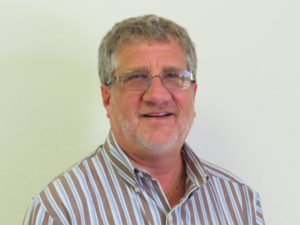 We’re sad to learn Morgan Hill lost a good man who truly cared about people and pets. Carl Schindler was killed in a motorcycle accident in San Jose Oct. 14 after he lost control and hit a tree. He was 77.

“Carl was a big guy, but it was the size of his heart and humor that made him such a large presence,” said his friend, Lisa DeSilva, in an email. “Carl loved to laugh and although his sense of humor would, at times, result in groans as much as laughter, you couldn’t help but laugh along with him.”

A resident of San Juan Bautista, Carl and his wife, Teri, ran a State Farm Insurance business in town. He was active in Morgan Hill as a Rotarian, as a board member of the Community Law Enforcement Foundation, and was a huge presence in the real estate community with the South County Association of Realtors and always a big donor of the annual Can Tree fundraisers. He was also involved with fundraising for Air for Paws and Community Solutions. He graduated from the Leadership Morgan Hill program in 2007.

He especially enjoyed skeet shooting with his sons.

Carl had a soft spot in his heart for people who were struggling, DeSilva said. “He never wanted any recognition or thanks,” she said. “He just wanted to do what he thought was right.”

Terry Moriyama, a fellow Rotarian, recalls Carl for his dry humor that made him fun to be around.

“He was a sweet teddy bear of a man,” she said. “He loved Air for Paws and was a sustaining donor. He was constantly in care for our program. He was quiet about it and didn’t want to brag about what he did.”

Carl’s family asked in lieu of flowers, donations go to Air for Paws and Community Solutions, she said.

“It’s exactly what his family would do is take care of others,” she said.

Carl touched a lot of people. We’ll miss him. 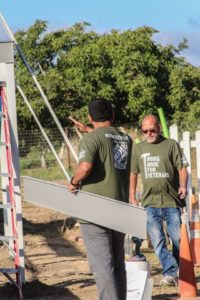 The Home Depot Foundation partnered with Gilroy nonprofit DreamPower Horses for Warriors to transform their therapeutic equine facility by building shade structures, replacing and painting structures, and improving the landscaping. The facility is used to provide individual, couple, family and group equine-assisted activities and therapy services to more than 250 veterans and their families each year at no cost

This large-scale service project took place Sept. 26 when more than 55 members of Team Depot helped this effort come to life with activities that included:

These long-lasting projects make the facility safer and more comfortable for the veterans and their families.

Thanks to everyone who participated in the Sept. 21 California Coastal Clean-up Day. It was a record-breaking day in Santa Clara County with 2,131 volunteers who cleaned 47 different sites, collecting more than 51,000 pounds of trash and cleaned 53 miles of creeks. Overall, almost 60,000 volunteers responded to the call to action, gathering 469,100 pounds of trash from California’s waterways.

“We’re proud of the big turnout by our volunteers for today’s Coastal Cleanup Day,” said Valley Water Board Chair Linda J. LeZotte, who joined several of the cleanups.

Santa Clara Valley tributaries flow into the San Francisco and Monterey Bays, taking all the pollutants, debris and trash accumulated upstream with them. This toxic flow poses a significant threat to vegetation, wildlife, and humans.

A Brain Damage Awareness Fundraiser will be held Nov. 1 at Sailors Ink Tattoo to help Eddie Matthews, who was injured in an ATV accident Oct. 20, 2018, Nicole, the shop manager told us. He was in a coma for 23 days, spent a month in a trauma intensive care unit, then months in a traumatic brain injury rehabilitation center where he underwent therapy. After a setback, he was returned to TICU where he spent another 30 days. Then it was back to TBI to relearn everything from talking, eating, walking, following commands, and recalling names and dates.

All proceeds from tattoos done on that day will go to the Matthews family. Don’t want a tattoo? There will be raffle tickets for prizes and there is also a gofundme page.

Please stop by and help Eddie.