Driving north on Monterey Road from Gilroy the other day, it was hard not to notice the construction of the new animal shelter at Highland Avenue.  Across the street at the corner is a building and an adjoining lot for sale that triggered a memory for me. About 10 years ago, Donna Brodsky put together a book, “San Martin — Then & Now,” featuring sketches of local people and places. 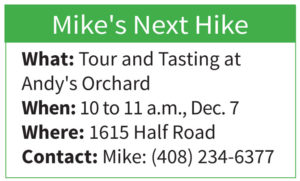 I remember the story she wrote of the Garbini family arriving in 1905 from Italy and settling on land near today’s San Martin Airport when their son, Leo, was just 3. As a youth, Leo had a knack for all things mechanical and a passion for airplanes. So it was natural for him to open an auto repair garage at the intersection of Highland and Monterey roads in 1931. The facade of the building looks the same as the photo from Donna’s book. Leo Garbini’s Garage was open for 30 years, then subsequently the home of other businesses, and is now awaiting another owner.

Across Monterey Road is an asphalt patch where once sat the tasting room for the San Martin Winery. The brick building on the other side of the railroad tracks is the old ivy-covered winery established about 1908 by a group of local vineyard owners. The winery consortium lasted until the beginning of the Great Depression in 1929. With the repeal of Prohibition, Bruno Filice and his extended family assumed ownership of the winery in 1933. If my reckoning serves me well, just north of the winery building and extending to San Martin Avenue was the location of the San Martin Cannery and later a processing facility for Clausen Pickles.

The San Martin CalTrain station was originally called Mil’s Switch when the Southern Pacific railroad line was completed through to Gilroy in 1869. Scheduled passenger and freight service continued until 1934, when the effects of the Depression forced the suspension of the San Martin stop. 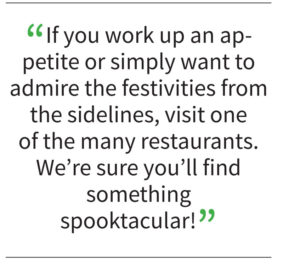 The year 1845 witnessed the arrival of the Murphy family, succeeding the native Ohlone population and the Californios, as the pioneering Anglo settlers. It was not until 1895 that the small gathering of structures on the east side of Mil’s Switch came together as the San Martin community when 10,000 acres of the San Martin Ranch was subdivided into parcels.

When the Murphy’s acquired the Rancho San Francisco de las Llagas  in 1848, it was wide open range land with oak forests and savannas sweeping across the landscape. The development of San Martin’s west side had to wait until 1921 when the heirs of Lazard Lion allowed a subdivision of their 5,585 acre ranch. The Lion Ranch was split from the San Martin Ranch in 1890.  The Lion Addition to San Martin was mapped out with the boundaries of Roosevelt, Colony, Cox and Monterey roads. San Martin Avenue was then extended west over the railroad tracks.

An attempt to concisely relate the history of the businesses at the intersection of San Martin and Monterey Road is daunting. We recognize Rocca’s Market today as an old time family grocery store. In the early 1930s, though, Julius Rocca had developed a complex of roadside businesses including a cafe, garage, general hardware store, and feed store. There is one building at the corner nestled into the triangular cutout of the street that is currently up for sale. You can still see the shadows of the 1955 signage that identified the San Martin Country Store. The Schell family purchased Rocca’s Department Store in 1945 and were so successful as a general merchandise emporium that 10 years later they moved into a larger space.

There is one more business that deserves mention, and it relates to our visit to Andy’s Orchard. At the corner of California and Monterey roads is the Ludewig Ranch. Back when Monterey Road was U.S. 101 there were fruit stands on both sides of this busy thoroughfare. In order to make ends meet, some farming families would sell their tasty fruits to the stream of passersby. The Ludewigs were from Germany and purchased their 30-acre tract in 1918. Like many immigrants, it was necessary for Herman and Emma Ludewig to save money before starting a family and realizing an opportunity to buy a piece of land to call their own. Herman was a foreman at the Almaden Quicksilver Mines and Emma was a teacher. Herman died in 1937 after suffering for many years from mercury poisoning. Emma was determined to hold onto the ranch with her younger son Leo. She tirelessly promoted her small fruit stand located on Monterey Road next to their house. The photo from Donna’s book suggests the fruit stand may still be there, although remodeled and expanded.

Every time I pass by Ludewig Ranch, a pleasant taste memory is rekindled — I’m reminded of how much I enjoy the sugarplum candies at Andy’s Orchard. There are not many small farmer fruit stands left. There are some seasonal cherry stands remaining, and of course there is Garlic World, The Garlic Shoppe and LJB Farms, but Andy’s is the last of its kind. It’s a visit that every holiday tradition should incorporate. A chocolate covered apricot with some mulled apple cider or a warm cup of eggnog with nutmeg is so delicious and inviting. We will do some tasting, walk around the cutting and packing shed, and enjoy the season.