Celebrating the holidays in a traditional way with Posada 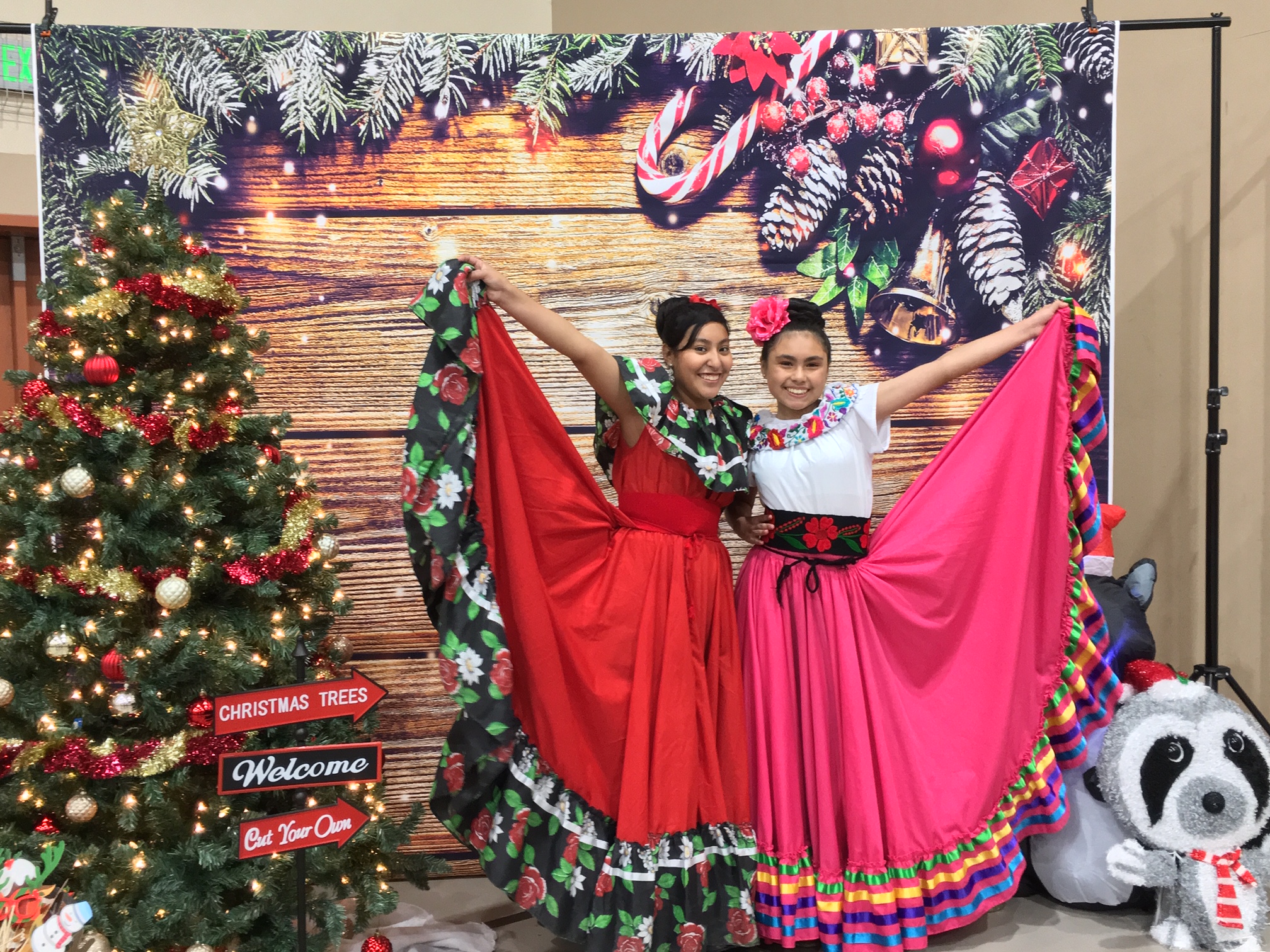 Ximena Corro, left, and Brianna Gutierrez, are part of the International Folkloric Group that performed during the annual celebration of the Posadas.
Photo by Sandra Cruz

The spirit of the holiday season filled Gilroy’s Cesar Chavez Community Center Gym for a few hours Saturday, Dec. 14, as hundreds of residents gathered to celebrate together with gifts, food and music at a Posada party.

The word posada in Spanish means “inn” or “place to shelter.” The annual celebration of Las Posadas is an important tradition for many Latino families during the nine days leading up to Christmas. It features prominently in holiday festivities in Mexico and increasingly in the United States among people of Hispanic heritage. These neighborhood celebrations take place on each of the nine nights from Dec. 16 to 24.

Because it was sponsored by local government agencies, the Gilroy Posada was a secular one and did not feature a traditional re-enactment of the biblical story of Mary and Joseph’s journey to Bethlehem and their search for a place to stay.

The free Posada event in Gilroy was open to all in South Valley and included arts and crafts, face painting, piñatas and other activities for children. Entertainment included a D.J. playing holiday songs as well as traditional Mexican dancing by performers in the International Folkloric Group dressed in colorful attire. Families could get their photo taken with Santa Claus in a station set up with a Christmas tree and festive background. Los Bomberos, an organization of Latino firefighters in Santa Clara County, put on a Christmas toy drive to provide many of the gifts for the children.

“The Gilroy community is very cultural,” said Sandra Cruz, community coordinator for the city of Gilroy, a sponsor of the event. “There are a lot of community members who really identify the season with Posada.” 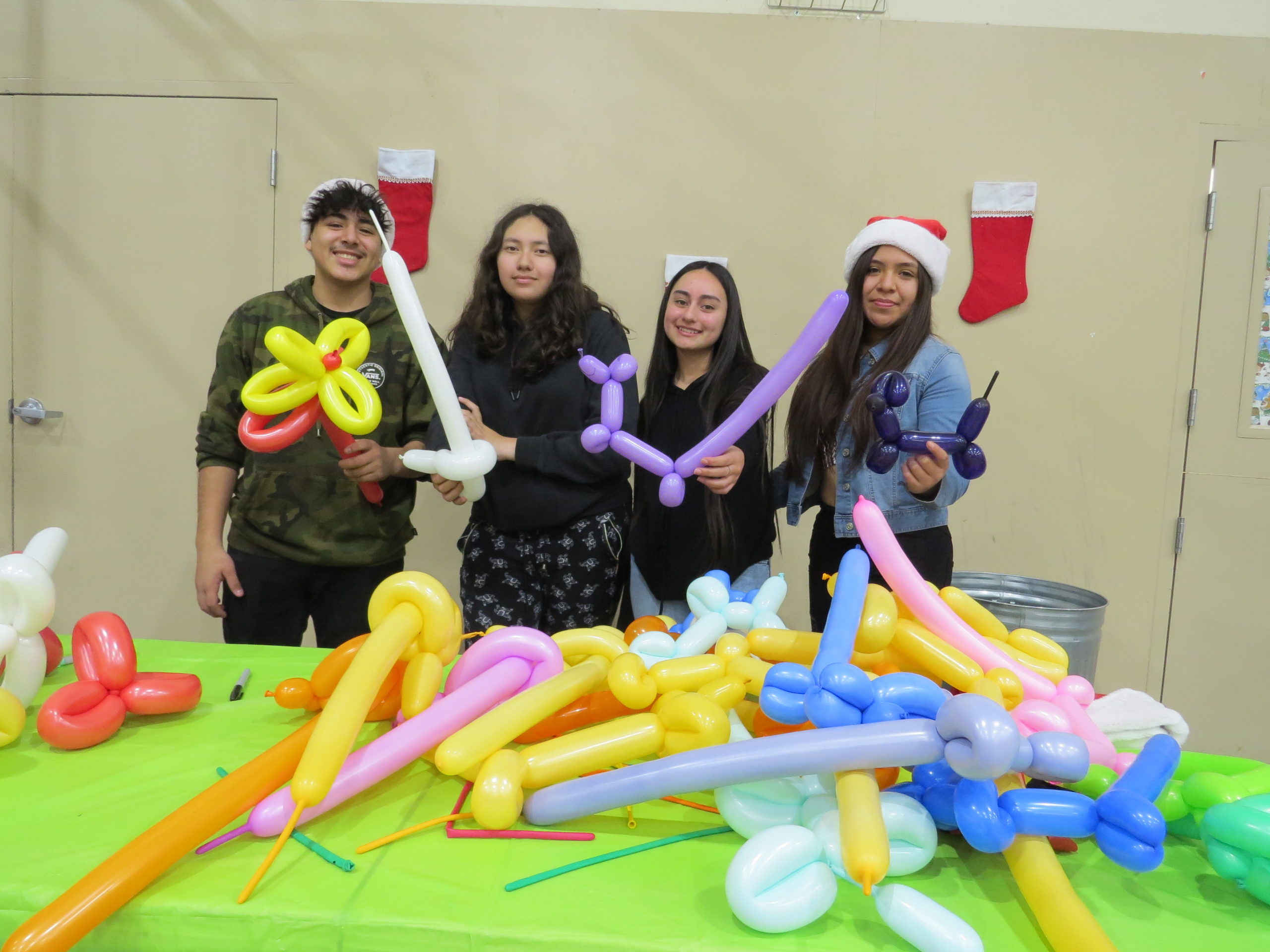 The first community Posada in Gilroy took place three years ago at San Ysidro Park in the neighborhood east of downtown. It served as a way for families to celebrate the holiday season in a traditional Latino style. The event was moved to the gym this year because of a forecast of rain during the evening. One of the main organizers of the event was the San Ysidro Nueva Vida group, which was started to improve the park, Cruz said.

“San Ysidro Park suffered a lot where community members didn’t want to go to the park because it wasn’t safe, it was scary with gangs and the homeless,” she said. “So this neighborhood group came in and revitalized the park.”

Many South Valley families are making it an annual tradition to bring their children to the Gilroy community Posada in mid-December and enjoy the celebration with friends, said Jorge Mendoza, the president of the San Ysidro Nueva Vida group.

“It’s important for our community to have a space where we can come together and be part of the diversity that exists in Gilroy,” he said. “This is very special because it brings all generations together. We all come together and we share space and celebrate Posada.”

Among the several organizers of this year’s Posada community event were groups including South County Youth Task Force, the Neighborhood Safety Unit, and the Gilroy Recreation Department. Rebekah Children’s Services, the Santa Clara Library System, Every Woman Counts, the Santa Clara County Office of the Census and the nonprofit group Children and the Country Life also participated.

Children on the Country Life provided stuffed teddy bears for youngsters at the Gilroy community Posada.

“At events like this, we give gifts and other items as well,” said Alma Moreno-Escobar. “So we’re about helping the community. The spirit of Posada      . . . it’s a giving spirit. It’s what life’s all about. Regardless of what religion you belong to, it’s about sharing and love and respect.”

Her children, Abigail, age 6, and Yeshua, age 5, helped Moreno-Escobar and her husband, Antonio Escobar, with the distribution of the stuffed animals.

Abigail said that giving the gifts to other children at the Posada makes her happy. “It is important to share at Christmas time because it’s kind and makes me feel good,” she said.

Yeshua agreed. “It makes me feel good,” he said. “I’m happy to make other people happy.”