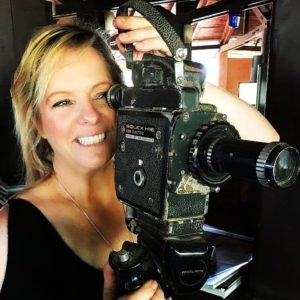 A good film festival is not only about film and filmmakers. The other half of its success is the community. That’s why, when I became Festival Director of the Poppy Jasper International Film Festival (PJIFF) in 2017, I established three film education programs for all ages to encourage, engage and educate our community: a Youth Program for 4- to 14-year-olds, a Millennial Music Video for young adults and a 40 & UP program. In 2019 we added 70 & UP, a program for seniors. This year we added a Veterans Program with a focus on the Vietnam War.

In 2019 PJIFF screened a film by Gilroy native Carlos Lopez Jr., a U.S. Army soldier who had fought in Afghanistan. Carlos wrote, directed, and starred in “PTSD: An American Tragedy.” Carlos himself died by suicide in June 2018 after suffering for years from post-traumatic stress disorder. When more than 80 veterans showed up to the screening, I knew we had to do something more for this part of our community. They were starving for something about them, so I started a Veterans Documentary Program.

I was encouraged by a friend of mine, Jennifer Herrera Sanchez, who told me about her uncle. He had been in the Vietnam war and retired from the Gilroy Police Department. 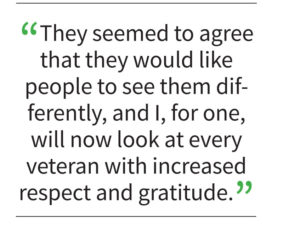 Jennifer said “He is my hero. He is so strong, the tough guy, and when I hear his stories and the pain behind his voice when he talks about (the war), it breaks my heart.

All of our soldiers go to war to fight for us and they face death, see and experience the most horrible things and then come home to be disrespected. I have been wanting to do a special something for my uncle and for other veterans in our community to thank them wholeheartedly … instead of the (disrespectful) way they were welcomed home.” Jennifer is Producing the Documentary with me.

PJIFF in 2020 will hold events in Morgan Hill, San Martin, Gilroy, Hollister and San Juan Bautista, so we made sure we interviewed Vietnam vets from each town.

Hearing their stories has changed me. I asked all the Vietnam veterans that we interviewed what they wanted people who see this documentary to walk away with. They seemed to agree that they would like people to see them differently, and I, for one, will now look at every veteran with increased respect and gratitude.

The PJIFF Vietnam Veterans’ Documentary will be screened at the festival at noon Saturday, April 4, in Gilroy. Tickets will go on sale in January.

Our other educational programs will also soon get underway.