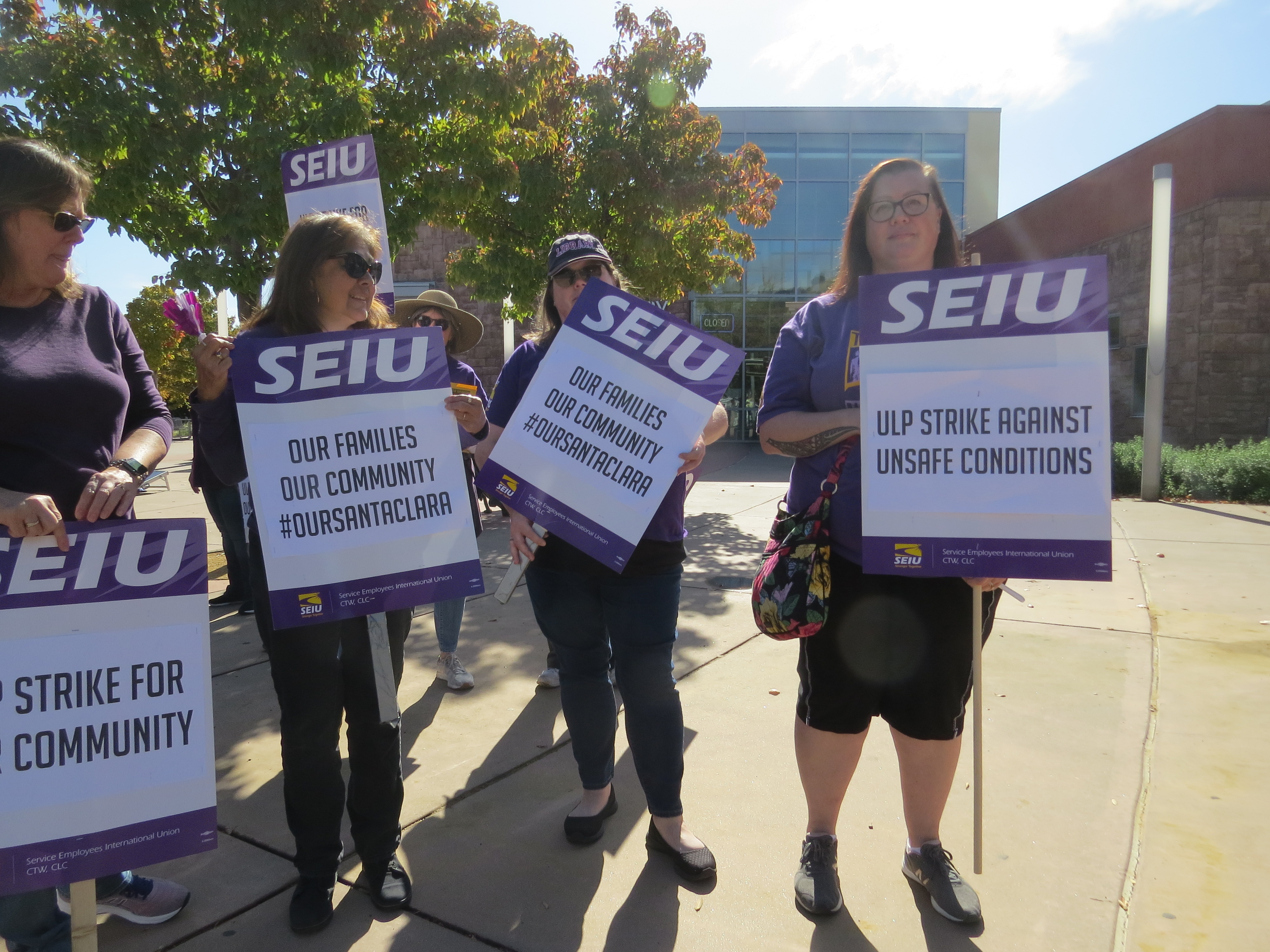 The Service Employees International Union Local 521 pulled out of mediation sessions in mid-December after talks failed to result in a settlement. The union leaders claim county negotiators are not dealing with vacancy and retention issues. The union will voluntarily refrain from calling another strike “until further notice.” It expects to make a decision after Jan. 10.

The union’s bargaining committee wrote in a letter to the county chief operating officer Miguel Marquez:

“For months this committee has been told that our proposals were fiscally irresponsible, that they would put the county ‘in the red.’ It was only a few days ago that we learned that money was in fact no object for Santa Clara County, at least when it came to compensation for management employees.”

The SEIU chapter represents most of the public-sector workers across Santa Clara County. Since spring last year Santa Clara County administrators led by CEO Jeff Smith and local union leaders have been stalled in contract negotiations. Points of contention include what percentage of raises employees will receive as well as fair treatment of workers. The failure led to a series of “rolling strikes” and picketing throughout the month of October at selected county sites including hospitals, courthouses and all libraries in the county.

On Oct. 15, Santa Clara County presented what it called its “Last, Best, and Final Offer” to SEIU Local 521. SEIU members voted down the “LBFO” and escalated the union’s campaign to address the unfair labor practice charges at O’Connor Hospital, St. Louise Regional Hospital, and De Paul Urgent Care Center acquired by the county in March of last year.

On Oct. 31, Santa Clara County and SEIU Local 521 agreed to enter voluntary mediation. As part of the agreement, SEIU Local 521 suspended voting on the county’s LBFO, as well as suspended all work stoppages. The county was no longer constrained by its LBFO during mediation. The county also agreed to rescind its unilateral change to the sick, paid time off, and vacation leave policy.

Santa Clara County workers represented by SEIU Local 521 have been without a contract since July 17.

Meanwhile, nurses in the county received better news on Christmas Eve when the Registered Nurses Professional Association reached a tentative agreement with Santa Clara County on a new multi-year contract for nurses in the county hospital system. This deal will avoid a strike and implement the competitive wages, hours and safe working conditions nurses asked for. After it is ratified by the full RNPA membership in January, the new agreement will cover more than 3,000 nurses working in the Santa Clara Valley Health and Hospital System, which includes St. Louise Regional Hospital and the De Paul Health Center

The settlement came together quickly after RNPA announced nurses had voted to authorize a strike vote with 65 percent of the RNPA membership turning out to make their voice heard and 94 percent supporting the decision.

“Nurses showed our unity and were willing to strike to make sure county leaders did the right thing by demonstrating they value patient care and respect nurses,” said Debbie Chang, RNPA President and Valley Medical Center RN, in a press release.

The  nurses demands in six areas include: A competitive wage and benefits package to other area hospitals; increasing differential pay for difficult-to-hire shifts, weekends, and hazardous areas; ensuring safe, quality patient care in Santa Clara County Custody facilities by establishing minimum staffing levels, creating a Professional Performance Committee, and expanding RN positions; preventing nurse burnout by promoting work-life balance by addressing vacation denials as a result of short staffing;  adhering to maintaining nurse-to-patient ratios and ensuring nurse competencies for all patient care areas assigned; and stopping the practice of hiring unbenefited newly graduated nurses at low wages and with no job rights. The new contract will cover RNPA nurses for the next four years. RNPA nurses’ previous contract with the county expired Oct. 20 and the two parties had negotiated since late summer.