Around Town. . . by Robert Airoldi: Memories of ‘The Catch’ revived after 49ers beat Green Bay Packers

After six Super Bowl appearances and five Super Bowl wins, the excitement of returning Feb. 2 has not diminished 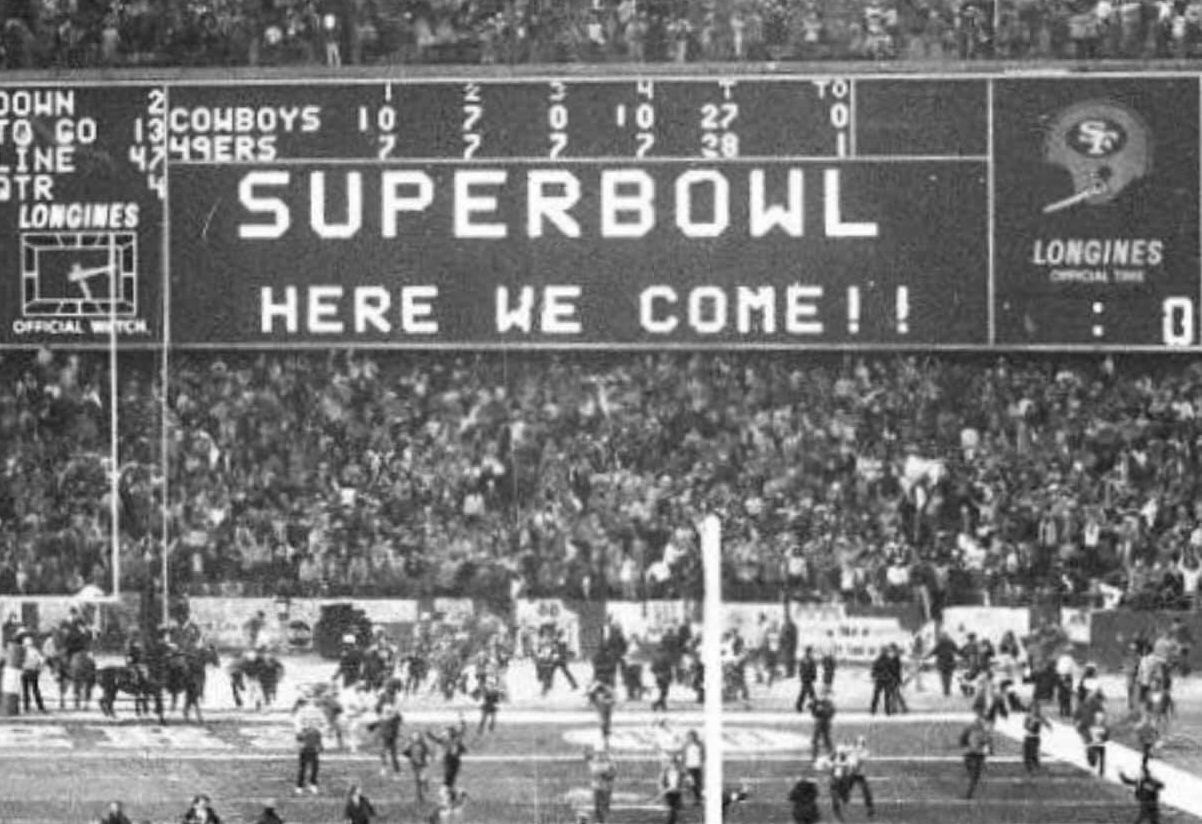 Fans — including Morgan Hill LIfe’s editor and his brother — stormed the Candlestick Park field after Dwight Clark made “The Catch,” beating the Dallas Cowboys and sending the San Francisco 49ers to their first Super Bowl game in 1982.

Sunday afternoon Jan. 19 I saw the San Francisco 49ers handily beat the Green Bay Packers in the NFC Championship game. It’s was pure joy to see them advance to the Super Bowl Feb. 2 in Miami.

On the stroll from our tailgate party to the game at Levi’s Stadium, during the game and walking out after the rout, the camaraderie between the fans was palpable. High fives and hugs brought people from all walks of life together, celebrating the victory for the hometown team.

It’s ironic that during times of division, a sports franchise can unite a city and region. We’ve seen it here dozens of times in the past and it never fails. We saw it during the 49ers run in the 1980s and ‘90s, the San Francisco Giants’ three World Series victories in 2010, ’12 and ’14, and during the Golden State Warriors recent NBA Championships. Even the Sharks recent playoff runs bring a cool vibe to downtown San Jose.

That brings me to the memories, both recent and those from far back in the memory bank.

My friend, Chris, who sits next to me at home games, recently moved to San Diego for a new job and only made it north for one regular season game this year. Then he flew in Saturday, Jan. 11, for the 49ers victory over the Minnesota Vikings. On the walk out, he pondered whether he’d be able to make it to the Packer game the following Sunday evening.

When he got home, his wife told him she’d buy his plane ticket for their 36th wedding anniversary. (How romantic.) So, I picked him up at the airport about 11 a.m., we tailgated in the backyard of a friend’s house about 1.5 miles from the stadium, and after the thrilling victory, I dropped him off at the airport for his flight home before heading home with a huge smile on my face.

And that brought back memories from one particular previous championship game. The year was 1982, and — like this year — they were coming off a 13-3 season. They beat the New York Giants 38-24 in the divisional round then beat the Dallas Cowboys 28-27 in the NFC Championship game that featured “The Catch.” I was there with my dad, mom and younger brother, Brian. After the game Brian and I ran onto the field to get a piece of sod from the end zone where Dwight Clark made “The Catch” right in front of us.

Young and dumb, we dodged police on horseback and eventually made it back to our car to tailgate and celebrated the victory that sent the 49ers to their first Super Bowl. And even though Brian texted me to see if I was going to repeat the scene, I begged off. Times have changed. So have I.

Now, even after six Super Bowl appearances and five Super Bowl wins, the excitement of returning has not diminished. Neither have those memories. 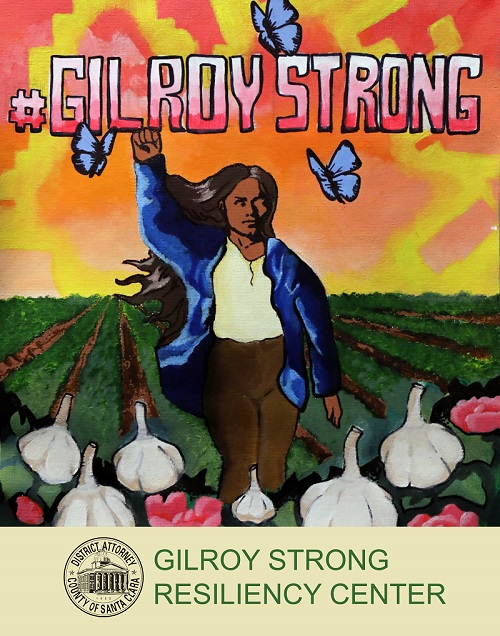 The Gilroy Strong Resiliency Center will operate at the Neon Exchange, 7365 Monterey Road.

Ana-Gabriela Cadena, a senior at Abraham Lincoln High School in San Jose, was awarded $1,500 for her powerful poster showing a community facing tragedy with strength, positivity and caring. The art will be on display for public viewing until Jan. 31.

“I wanted it to be less about the act of violence that Gilroy has endured, but more about the sense of community,” she said.

Robert Airoldi is the editor of Morgan Hill Life and a lifelong 49er fan. Contact him at [email protected]