Photo by Marty Cheek
Jaime Rosso and his wife Evelia in their Gilroy Rosso’s Furniture Store.

Jaime Rosso thought it was a joke when he first heard he was the Gilroy 2020 Man of the Year. The announcement took place in early December at a Gilroy Rotary Club meeting.

“I thought it was a gag. It totally caught me by surprise,” he recalls. “It caught me off guard. I guess I was surprised because I was thinking that most of the things that I’ve been involved with are behind me a little bit.” 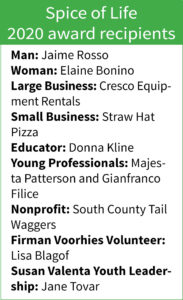 The list of things Rosso has been involved with in the South Valley are numerous. He has been the president and co-founder, with his wife, Evelia, of Rosso’s Furniture, a store they started in 1978, which has locations in Gilroy and Morgan Hill and employs 45 people. He served 17 years as a trustee on the Gilroy Unified School District Board of Education, retiring from the position in December 2018. (He served two terms as the board president.) And he has been involved over the years with many organizations including the South County Youth Task Force, Leadership Gilroy, the Latino Family Fund (which he helped found), the Gilroy Chamber of Commerce, the Garlic Festival as a volunteer since 1980, and the Gilroy Hispanic Chamber of Commerce (which he also helped found).

The 68-year-old Rosso was born in Camp Pendleton, the oldest of 10 children. He grew up helping with the small family furniture business his parents owned in San Bernardino. After graduating from Aquinas High School, his parents drove him to San Jose State University in 1970. At a dorm party, he met a vibrant young woman named Evelia. But Rosso had a girlfriend back in Southern California, so she kept cool any romantic relationship at that time.

After a year at SJSU, Rosso transferred to Loyola Marymount University in Los Angeles where he graduated with a degree in business administration in 1974. About their senior year, Evelia decided to connect with Rosso via the mail. 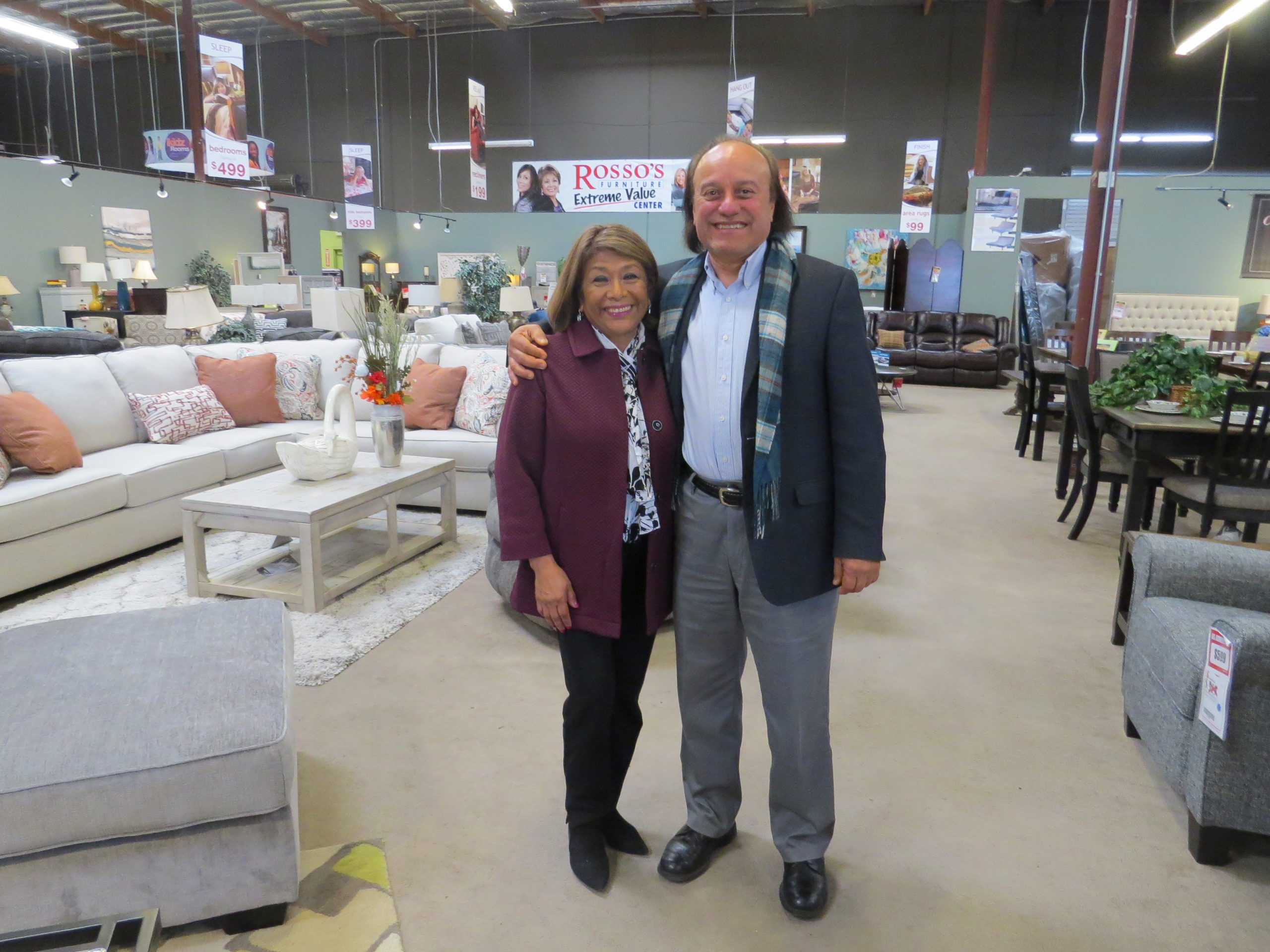 “I kept his address. But I didn’t want to show that I cared about him, so I sent him a Christmas card,” she recalls. “I had my roommate sign it first and I signed second. It said, ‘Merry Christmas, Jaime,’ and that was it. My address was very clearly written.”

Rosso wrote back with a long letter saying that he had three siblings at SJSU and he planned to come up in spring to see her.  The relationship blossomed and in 1975 they married. Soon after, they moved to Gilroy for Evelia to work as a teacher at Eliot Elementary School. Rosso found a job as a community worker providing prevention support service for South County Alternatives, which later changed its name to Community Solutions.

The year 1978 was an important one for Rosso. The couple had their first child, daughter Sarah. (Jaime Rafael and Sofia would follow later and today the couple have nine grandchildren.) That year, with is father’s help, he and Evelia also started Rosso’s Furniture store in a 1,500-square-foot store on First Street. Opened just on weekends because Rosso was still working for South County Alternatives, the store made $30,000 in its first month — which the new businessman at that time thought seemed like “a million dollars.” They soon expanded to another location. In 1989, they opened up their store along Monterey Road just south of downtown Gilroy.

They also have a second Rosso’s Furniture location in Morgan Hill. In 1978, “on a whim,” Rosso also ran for the GUSD board of trustees. He lost the election, but the experience planted a seed for public service in education.

After growing the furniture store business, Rosso decided to run again for the education board. He was elected as a trustee in November 2000 and served four terms until December 2018.

“Being on the school board was the highlight of things I love to do. It was a labor of love,” he said. “To be able to support our schools, our children, our community, it was just a true honor to be in a role to support that. To me, the No. 1 thing for a community is the support for its schools. To me, it’s just vital.”

Edwin Diaz was the superintendent when Rosso first got on the board in 2000. Later, he was part of the team that selected Debbie Flores to replace Diaz after he retired from the district.

“I felt very proud I was part of the team of bringing Dr. Flores in because I think she has just been an amazing superintendent for Gilroy Unified,” Rosso said. “She’s really transformed the school district and has really done some great things for the schools.”

“The community supported three bonds in a row. That was pretty impressive because initially we didn’t have the support of some of the groups, including the Chamber of Commerce,” Rosso said. “I think I worked hard on trying to win support from the business community. You want businesses to be behind the schools and take pride in supporting the schools. You want high quality schools. You want schools where kids and  teachers feel good being there.”

Besides supporting public education and the Gilroy Latino community, Rosso stays involved in many other activities to ensure the quality of life is high for residents of South Valley. He has won many awards over the years, including the Gavilan College Community Spirit Award in 2001, the MACSA Cesar Chavez Community Service Award in 2009, the CARAS Community Champion Award in 2013, and the Youth Alliance Community Hero Award in 2013.

On Feb. 1, at the Gilroy Chamber of Commerce’s Spice of Life gala at the Granada Theater in downtown Morgan Hill, he will add Gilroy Man of the Year to the long list.

“The honor is well-deserved,” Evelia said. “Jaime doesn’t toot his own horn. He does things because he has a good heart.”