Wannabe rockers and their friends try to save Sunset Strip nightclub 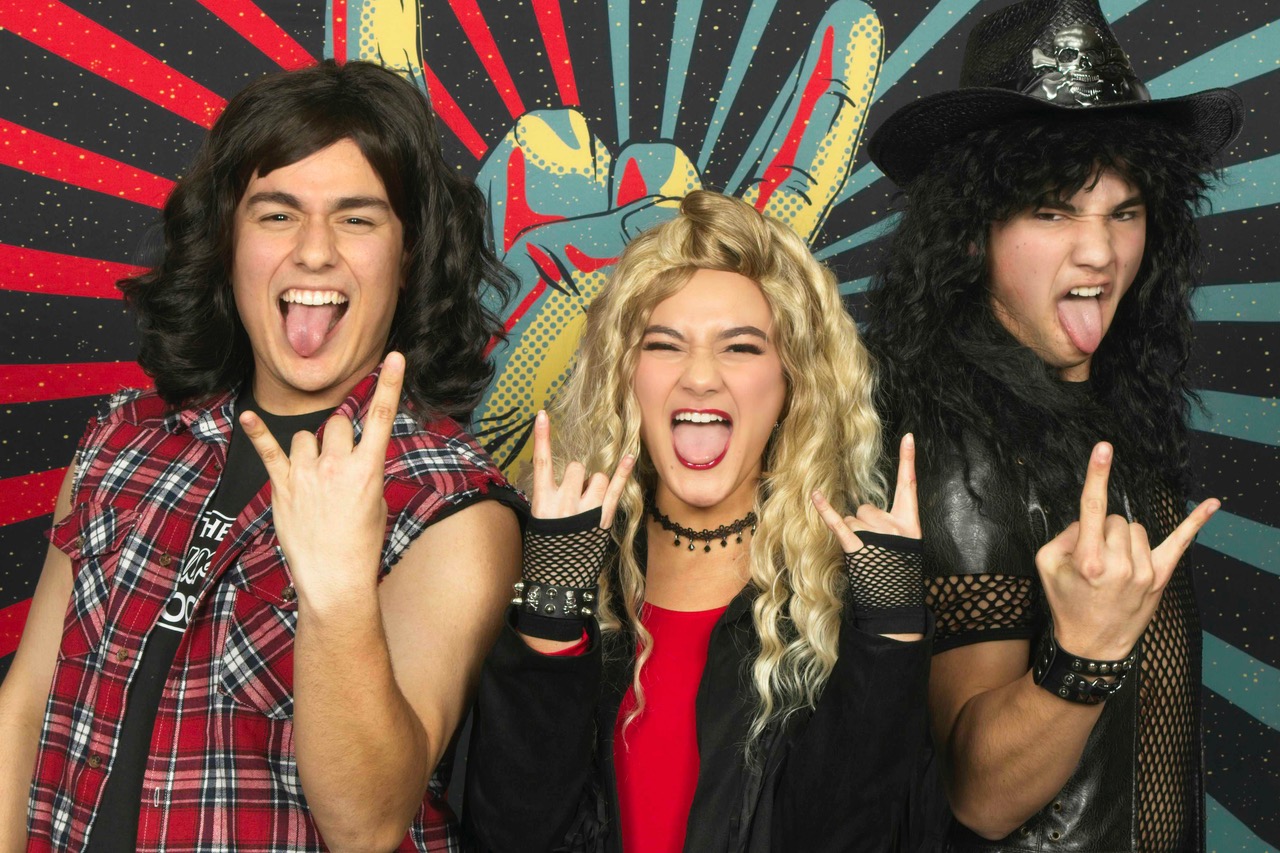 Get ready to rock ‘n’ roll to the classic tunes of the ‘80s. South Valley Civic Theatre’s “Rock of Ages’ is a jukebox musical featuring hits from the decade famous for glam metal and big-hair bands. 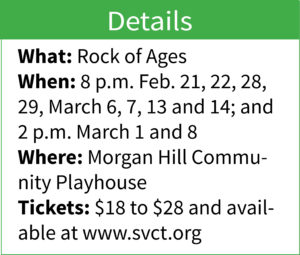 The story is set in 1987 when an aspiring rocker named Drew Boley (played by Andy Gonzalez) works as a busboy in a Sunset Strip nightclub called the Bourbon Room. He falls instantly for a girl, Sherrie Christian (played by Emily Pember), who just arrives in Los Angeles from a small Kansas town hoping to make it big in acting. Drew helps her to get a job as a waitress. When the nightclub is threatened to be demolished, it’s up to these wannabe rockers and their band of friends to save the day with the help of rock anthems and power ballads  including ”Every Rose Has Its Thorn,” “I Wanna Know What Love Is,” “Here I Go Again,” and “Don’t Stop Believin’.”

As Drew, Gonzalez has ambitions to become as famous as the mega-star rocker Stacee Jaxx (played by Gannon Janisch), and when Jaxx comes to perform at the Bourbon Room, he puts Drew’s romance with Sherry in jeopardy.

The songs from the 1980s help to tell the story and keep the boy-meets girl, boy-loses girl plot moving, Gonzalez said. 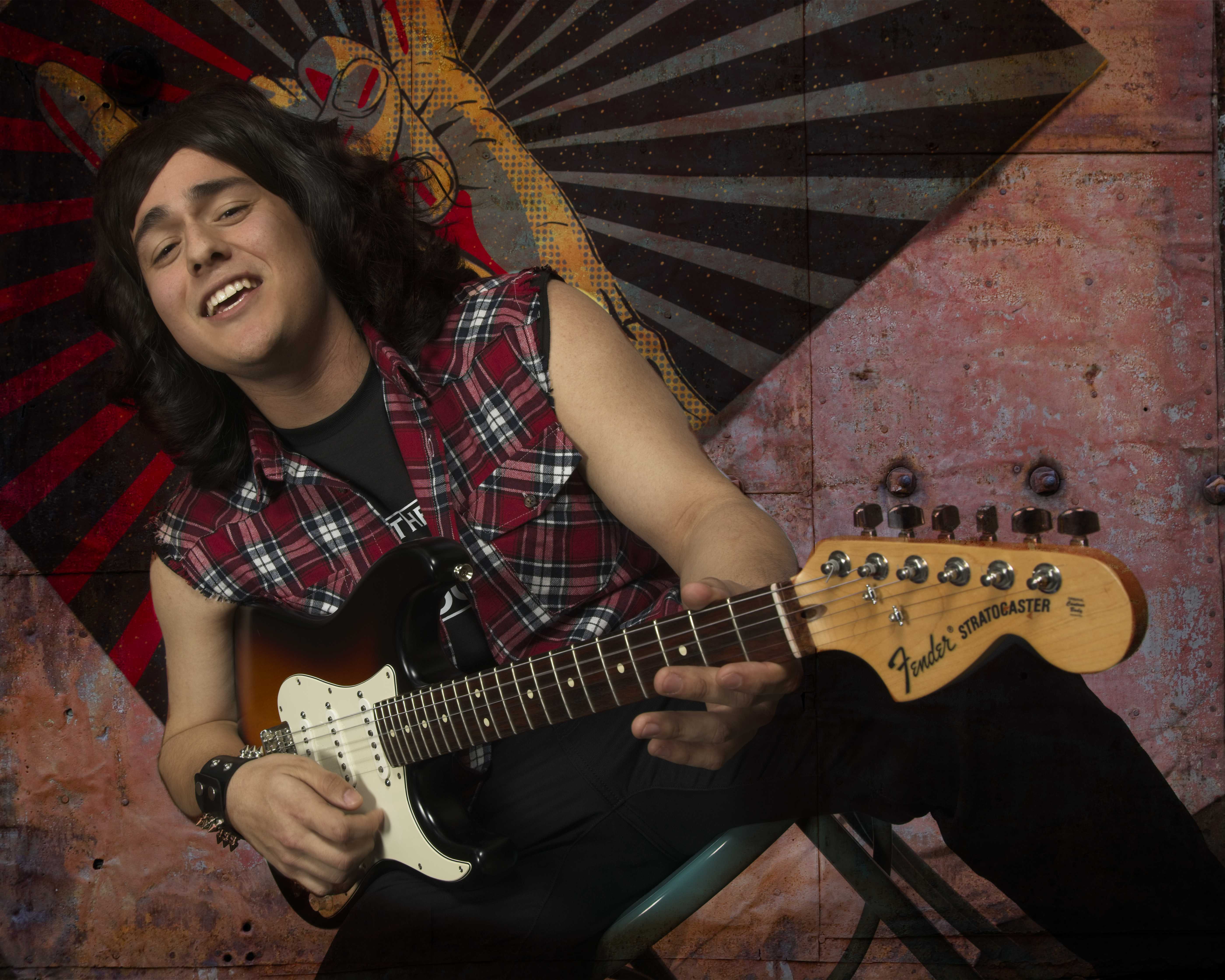 Sherrie’s character develops from the band Night Ranger’s song “Sister Christian” about a young woman learning that life requires a price to be paid for dreams to become a success.

“Sherrie is a small-town girl living in a lonely world,” Pember said. “She wants to be an actress so she moves to L.A. and gets a job with Drew and they fall in love with each other. But then she gets fired because of Stacee Jaxx and becomes a go-go dancer, which is embarrassing for her. So her dreams don’t wind up the way that she wanted them to.”

“Stacy Jaxx is a hot shot. He knows that he is a famous rocker and that everyone loves him,” Janisch said. “He’s at first so much of a hot shot that he doesn’t want to help out the person who helped him start his career.”

Once Jaxx is threatened, he is forced to perform at the Bourbon Room to help the owner. That’s where he meets Sherrie.

“My (character’s) ego grows and grows and then it hits its peak and that’s when Sherry gets fired,” Janisch said. “After Sherrie exposes me as a total jerk, no one likes me anymore, no one wants me anymore, and so all I can get is a job being a Spanish (music) performer.”

The appeal of the show is definitely the 1980s music which has gained popularity among today’s young people because of its nostalgia, Pember said. 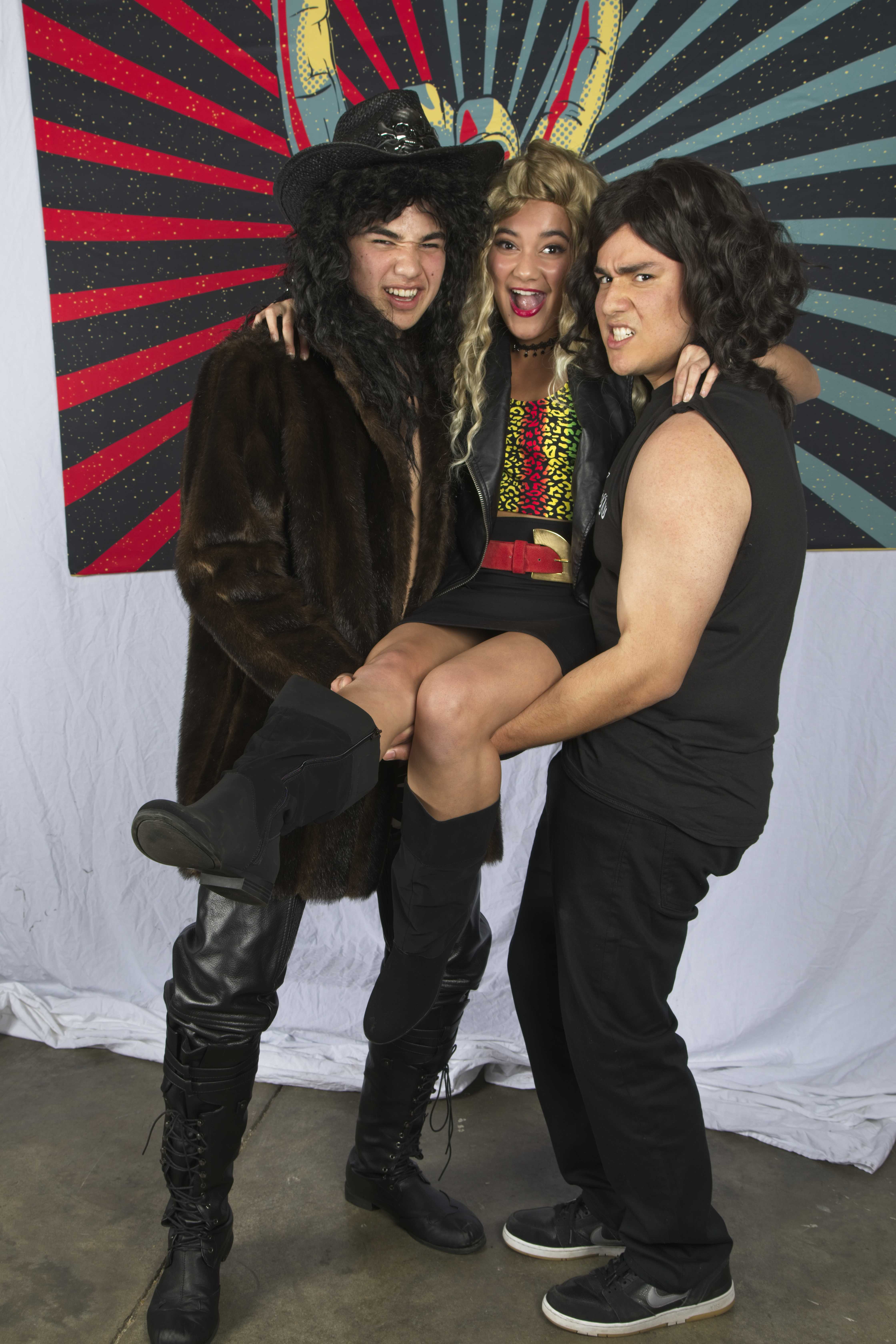 “I feel like I was born in the wrong time,” she said. “It’s cool that we get to pretend and enjoy the music. Everyone’s going to have a lot of fun at this show because of all the songs and music. The music is so iconic. The audience is encouraged to sing along with the show. It’s going to be really fun.”

The show is set in an era that everyone loves and this is featured in the set, or the over-the-top costumes, wigs and makeup, Janisch said.

“The audience will get a lot of enjoyment out of it, whether it’s the songs or the look of the stage or the characters or the dancing and acting,” he said. “There’s some piece of the show that everyone is going to find some enjoyment from. Theater brings everyone together but I think this show is going to bring the young and the old and everyone in between together in one big celebration.”

“Rock of Ages” producer Jen Puente said SVCT’s version is the “high school edition” so it will be family-friendly compared to the Broadway version.

“SVCT selected the show because it has such great name-brand recognition, and we thought it would be fun not just for the kids who hear the songs when their parents listen to them but also for our parent volunteers who get involved in the show,” she said. “Even if you’re a person who doesn’t like musicals, you’ll like this show because there are so many songs you’ll recognize and love.”