Rubino has a reputation for being genuine, caring, positive and charismatically outgoing 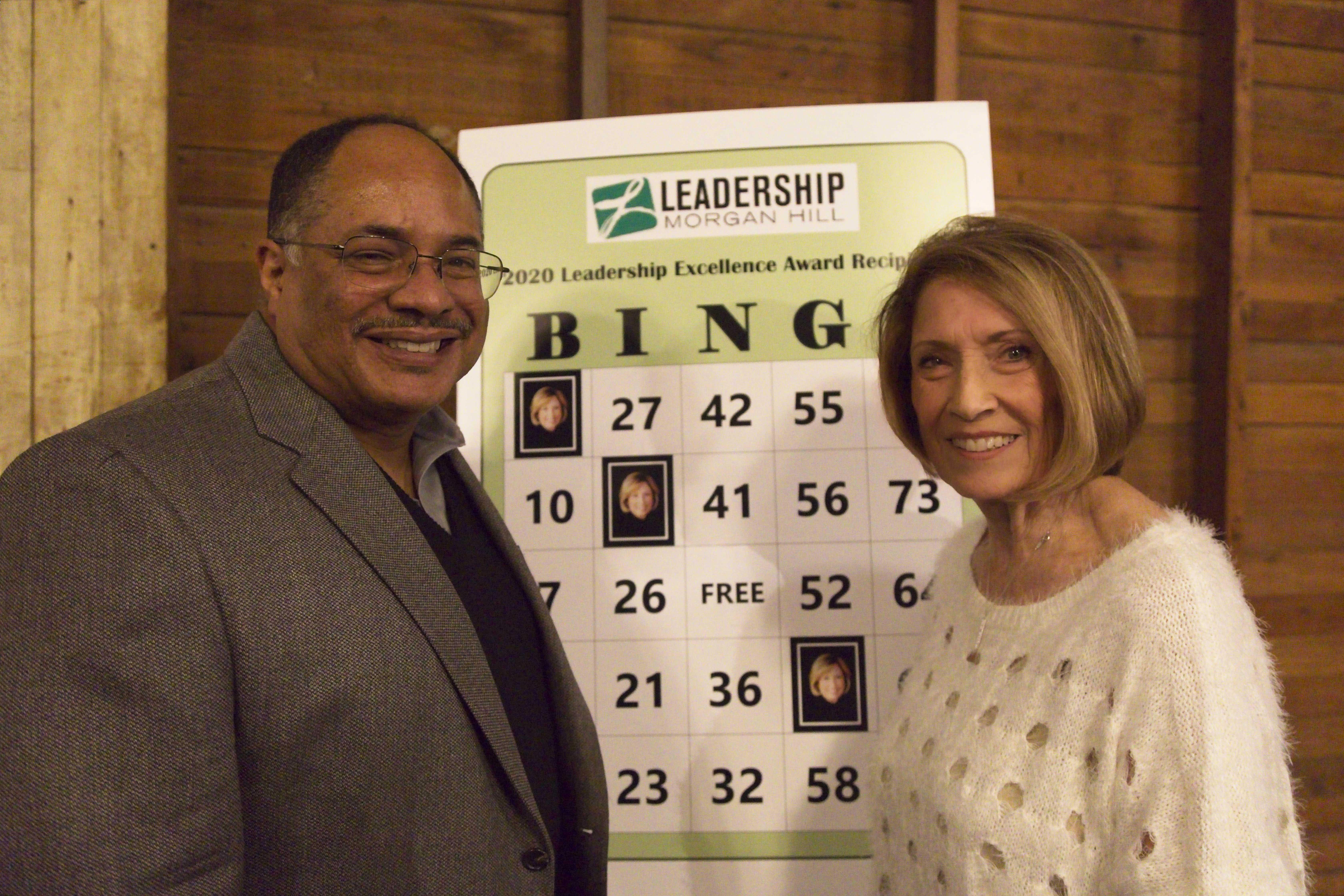 The announcement was made Jan. 30 at Guglielmo Winery.

Rubino has a reputation for being genuine, caring, positive and charismatically outgoing, said Byron Kelley, chair of LMH. She is seen as a problem-solver willing to take on challenges and see them through to success. She is a natural leader with a calm and “let’s get it done” approach that empowers others.

“It’s wonderful to honor someone who has contributed so much to the Leadership organization as a program graduate and a former board member, board chair and program coordinator,” he said. “Her support of the youth and the seniors in Morgan Hill is exemplary.”

Rubino spent 27 years assisting her husband, Mike, as color guard coach for the Live Oak High School Marching Band, winning a national championship. When her two children attended P.A. Walsh Elementary School, she supported them through Home and School Club and School Site Council. Since 2002, Rubino has supported the YMCA as a board member and president. She launched her own home-based business offering outsourced administrative services in 1995 and ran it for 17 years.

Rubino also got involved with the Morgan Hill Senior Center. When the recession hit in 2007, the city cut the Senior Center budget by $30,000. With other Senior Advisory Committee members, she spearheaded fundraising efforts that nearly covered the shortfall.

Many years ago, Rubino and Michael and their Band Boosters started a weekend bingo game to help raise funds for the Live Oak Marching Band. Based on that success, Rubino suggested a Tuesday night bingo game to supplement funding for the center.

Rubino was chosen as the Morgan Hill Chamber of Commerce’s Woman of the Year in 2013. Rubino and Mike have two children and two grandchildren. They enjoy traveling to new destinations and are able to do more now in their semi-retired y        ears.

Thank you, Cricket, for being a wonderful woman and a true leader for Morgan Hill.

Looking to save water … and money? Valley Water’s Landscape Rebate Program is available to all Santa Clara County homeowners, apartments and commercial sites that make qualifying water efficient upgrades to their landscape. Rebates of up to $2,000 to $3,000 for residential sites and $50,000 to $60,000 for commercial/multi-family sites (five or more units) are available. Visit www.valleywater.org/landscaperebateprogram for complete details. Sounds like a good program that helps the environment.

The Charter School of Morgan Hill received the California Distinguished School Award, one of among 323 schools honored across the state, principal Susan Pfefferlen told us.

CSMH was notified back in December they were eligible. They completed an application to be considered for the honor, she said.

“The Distinguished School Award recognizes schools based on performance and progress on the state indicators as specified on the California School Dashboard,” she said.

Your school must be proud, Susan.

After nearly two decades in public office, Gilroy Mayor Roland Velasco will not seek a second term in the November election.

At the Jan. 27 Gilroy City Council meeting, Velasco said after talking with his wife about the time and energy it takes to run a campaign, he chose not to run.

“I’ve decided that it’s really more important for me to spend time with family,” he said.

Mr. Mayor, good luck with whatever you decide to do in the future.

Robert Airoldi is the editor of Morgan Hill Life. Contact him at [email protected]