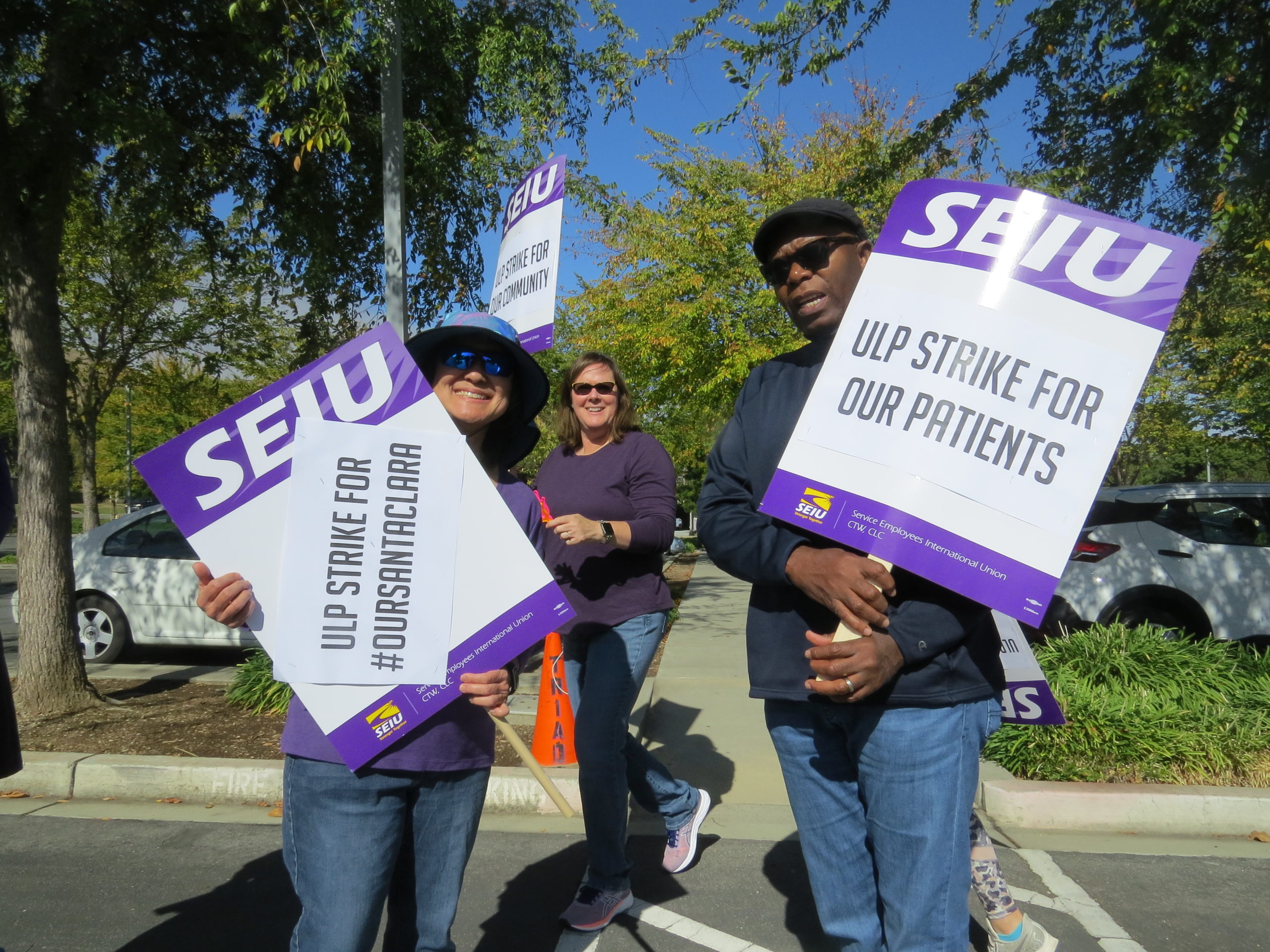 A county-wide union strike was averted when Santa Clara County administrators and the more than 12,000 service workers represented by SEIU Local 521 reached a tentative agreement.

After nearly 20 hours of negotiations, officials from both organizations reached a deal shortly after 6 p.m. Feb. 27, two hours past a deadline time the union had set for determining whether to strike. The Service Employees International Union members had scheduled the one-day strike for Friday, Feb. 28. The final two day of talks followed nearly a year of negotiations that included workers going on rolling strike during October, the first time in 40 years the union had done so.

SEIU 152 members are voting on the deal. The final count is expected March 9. 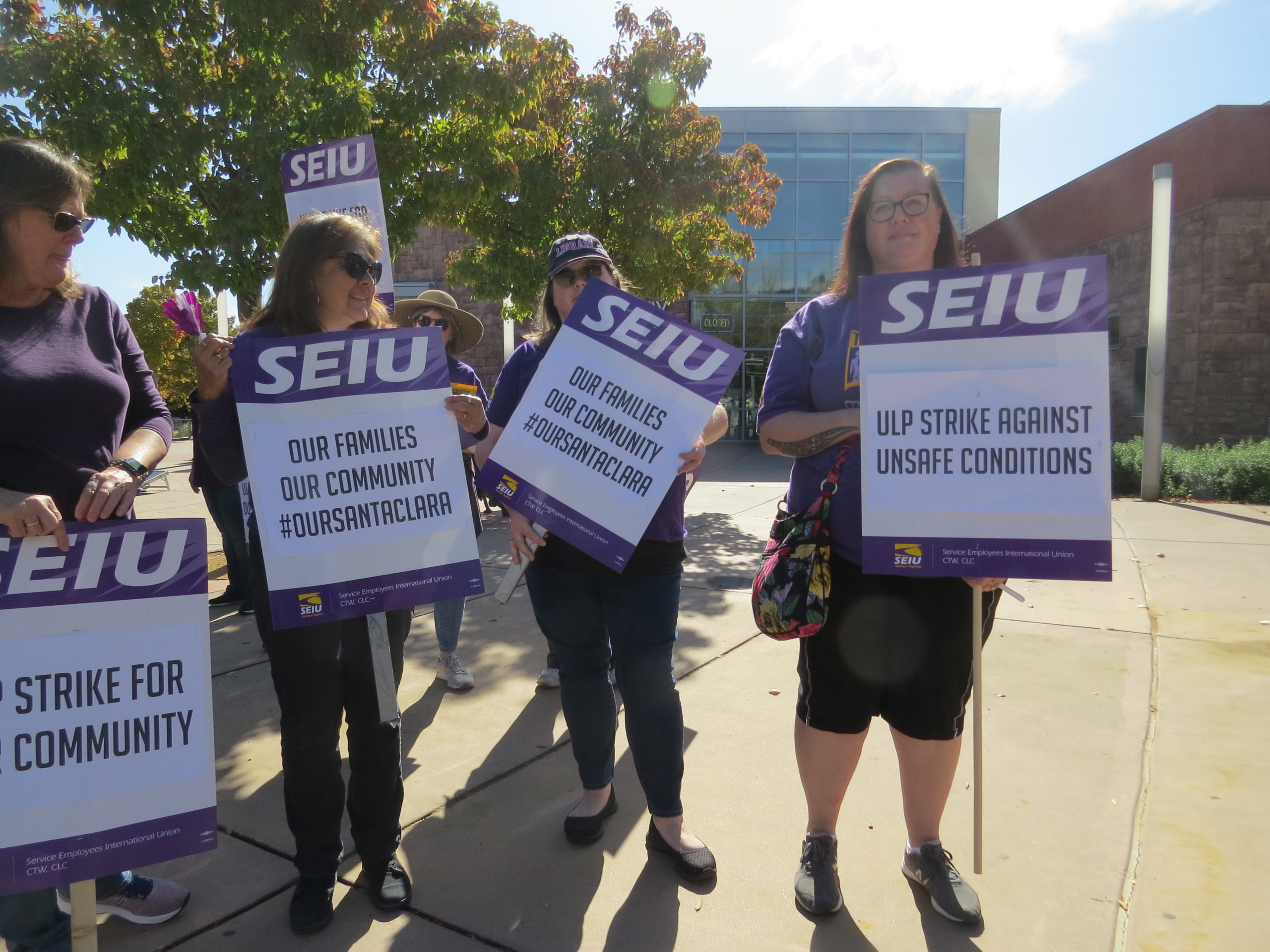 Before taking effect, the tentative deal, providing annual 3 percent raises over four years, must be ratified by the SEIU Local 521 members and approved by the Santa Clara County Board of Supervisors. Many workers will get additional raises depending on their job positions. All SEIU 521 employees will see increases of at least $1 per hour.

All employees will receive a “signing bonus” equal to a 3 percent raise that is effective for the period between the June 2019 expiration of the last contract to when the new contract starts.

The total cost of the wage increases is estimated to be $462.7 million. The signing bonuses will add another $20 million, according to County Executive Jeff Smith.

“I’m glad a contract was agreed upon and the public didn’t experience any interruption of the numerous valuable services county employees provide every day and night,” said County Supervisor Mike Wasserman, who represents the South Valley region.“We have challenging times ahead of us and facing them together gives us the best chance of success.”

The union’s officials are also pleased the negotiations went well.

“We are extremely proud to have stood resilient and united throughout these negotiations,” said Janet Diaz, SEIU Local 521 chapter president, in a statement. “As a result, we have an agreement that will truly help us meet the needs of our families and the community we serve. This agreement allows us to begin to rebuild the long-standing partnership between management and our workforce to ensure Santa Clara County can be the best place to live, work and raise our families.”

The union members have maintained focus on addressing the obstacles that impact the communities they serve every day, SEIU Local 521 chief elected officer Riko Mendez said.

SEIU 521 members have advocated for the people they serve by finding solutions that directly impact at-risk children within the Department of Family and Children’s Services, to advocating for the vital needs of foster parents, as well as urging to solve staffing shortages at county hospitals, 911 dispatch, and other  departments, he said.

“This fight was about justice for all workers,” Mendez said in a statement issued Feb. 27 after the agreement was reached. “Frontline county workers of SEIU 521 demonstrated that when working people come together, we can build a brighter future for our communities, our co-workers, and our families.”

County officials expressed concern a SEIU 521 strike might affect the March 3 primary. About 1,750 permanent and extra-help employees at the Registrar of Voters are represented by SEIU.

The county had requested a court injunction to prevent union members from striking if it had occurred.