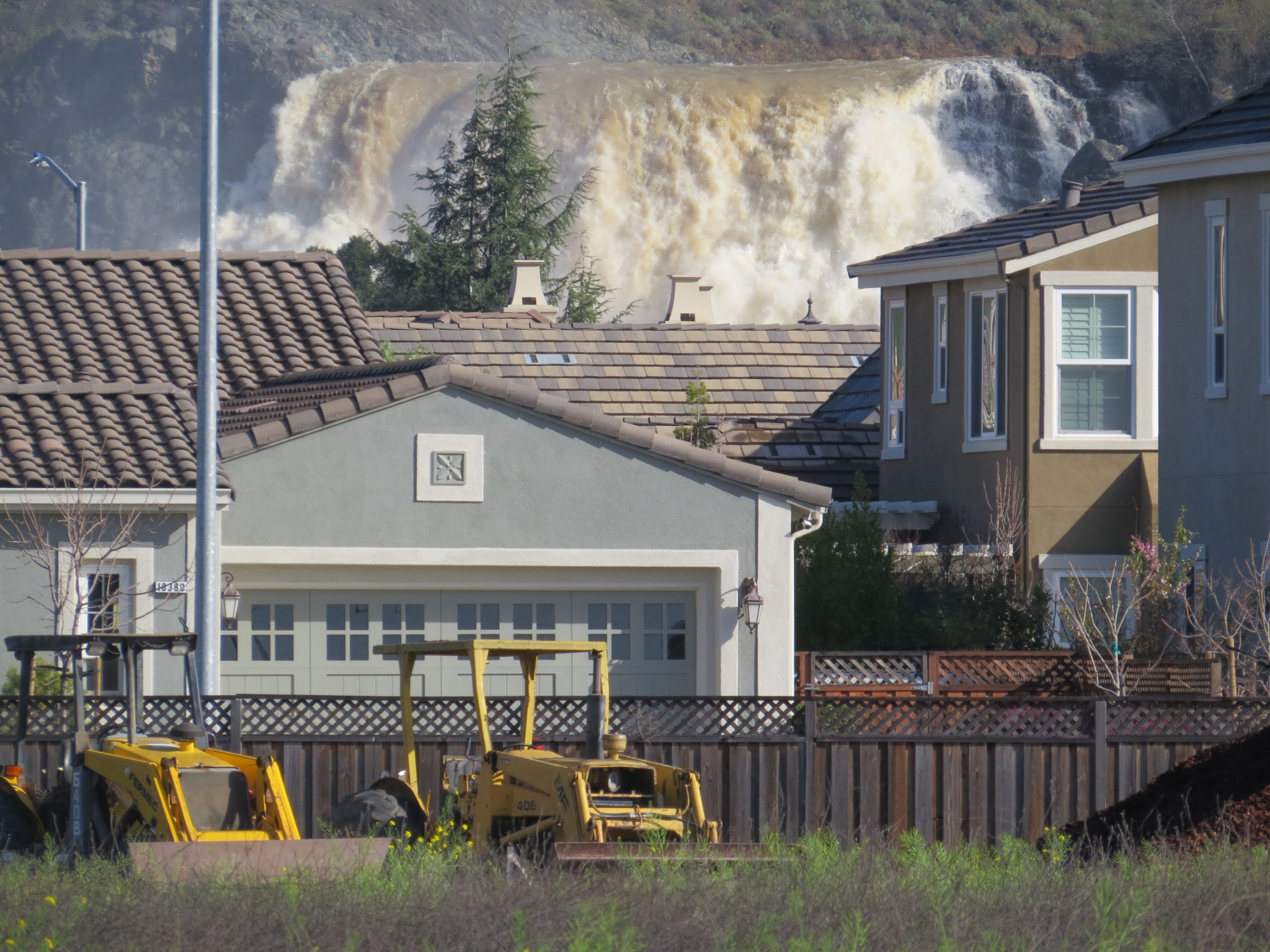 The on-going saga of fixing Anderson Dam to keep it from collapsing in the event of a major earthquake just got a lot more complicated. Federal dam regulators ordered Valley Water to start by Oct. 1 draining Anderson Reservoir completely.

Valley Water (previously called the Santa Clara Valley Water District) is in charge of the dam and reservoir. Officials received a letter dated Feb. 20, 2020 from David Capka, director of the Federal Energy Regulatory Commission’s Division of Dam Safety and Inspections. 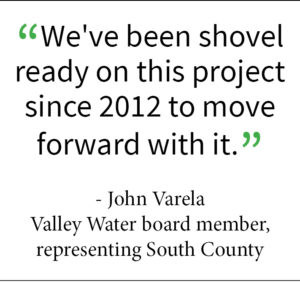 Although the dam was generally constructed on bedrock, there were areas where the foundation has soil that could liquefy during a large earthquake, according to district officials. To avoid a potential failure similar to what happened to the Oroville Dam in Butte County during heavy rain fall in February 2017, FERC is demanding  the water district drain the large lake Anderson Dam creates. The reservoir can hold nearly 90,000 acre-feet of water at full capacity. This is more than half the water district’s capacity of 170,000 acre-feet in all 10 of its reservoirs throughout Santa Clara County.

Anderson Reservoir is now at 29 percent capacity, following the driest February on record. At 26,133 acre feet, it stores water for the annual needs of about 130,000 people. The new FERC order mandates the district restrict capacity to 35.5 percent until the Oct. 1 draw-down.

“It is unacceptable to maintain the reservoir at an elevation higher than necessary when it can be reduced, thereby decreasing the risk to public safety and the large population downstream of Anderson Dam,” Capka wrote in the letter to the water district.

The FERC official also wrote in his letter that the water district is taking too long in retrofitting the dam for seismic safety. 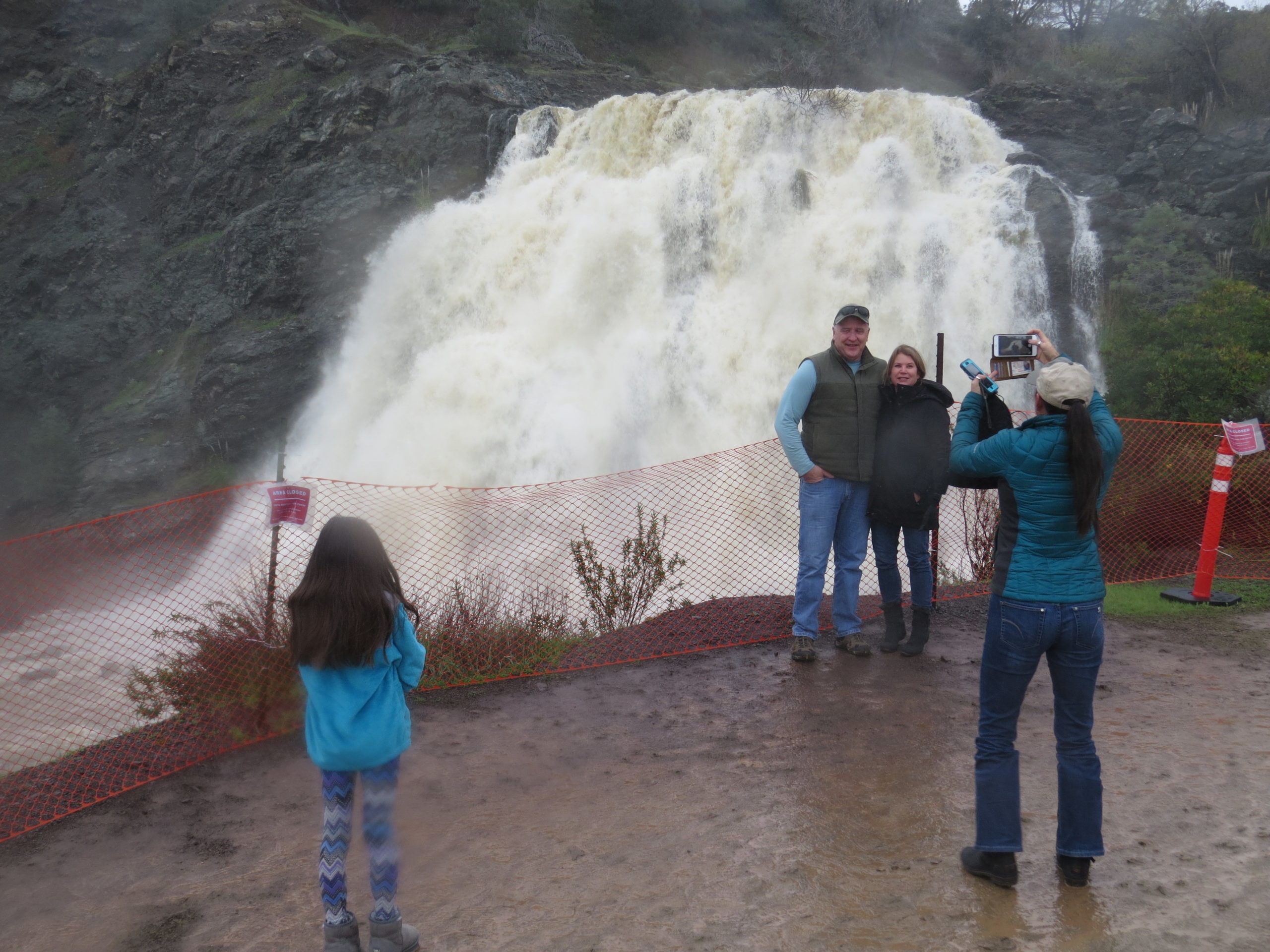 The delays in starting the project, which has a cost estimate of $576 million, are caused by environmental regulator agencies’ demands Valley Water must meet certain requirements before permits are issued, said John Varela, a Morgan Hill resident who serves on the board of directors and whose district Anderson Reservoir is located in. Valley Water needs permits from various state and federal agencies, including the U.S. Fish and Wildlife Service, National Marine Fisheries Service, California Department of Fish and Wildlife, State Historic Preservation Offices, U.S. Army Corps of Engineers, and the California State Water Resources Control Board. Those agencies did not return calls and emails requesting response as to why permits have been delayed.

In September, Congresswoman Zoe Lofgren, who represents the South Valley region, met with Varela and water district staff to find out why the retrofit project was stalled. 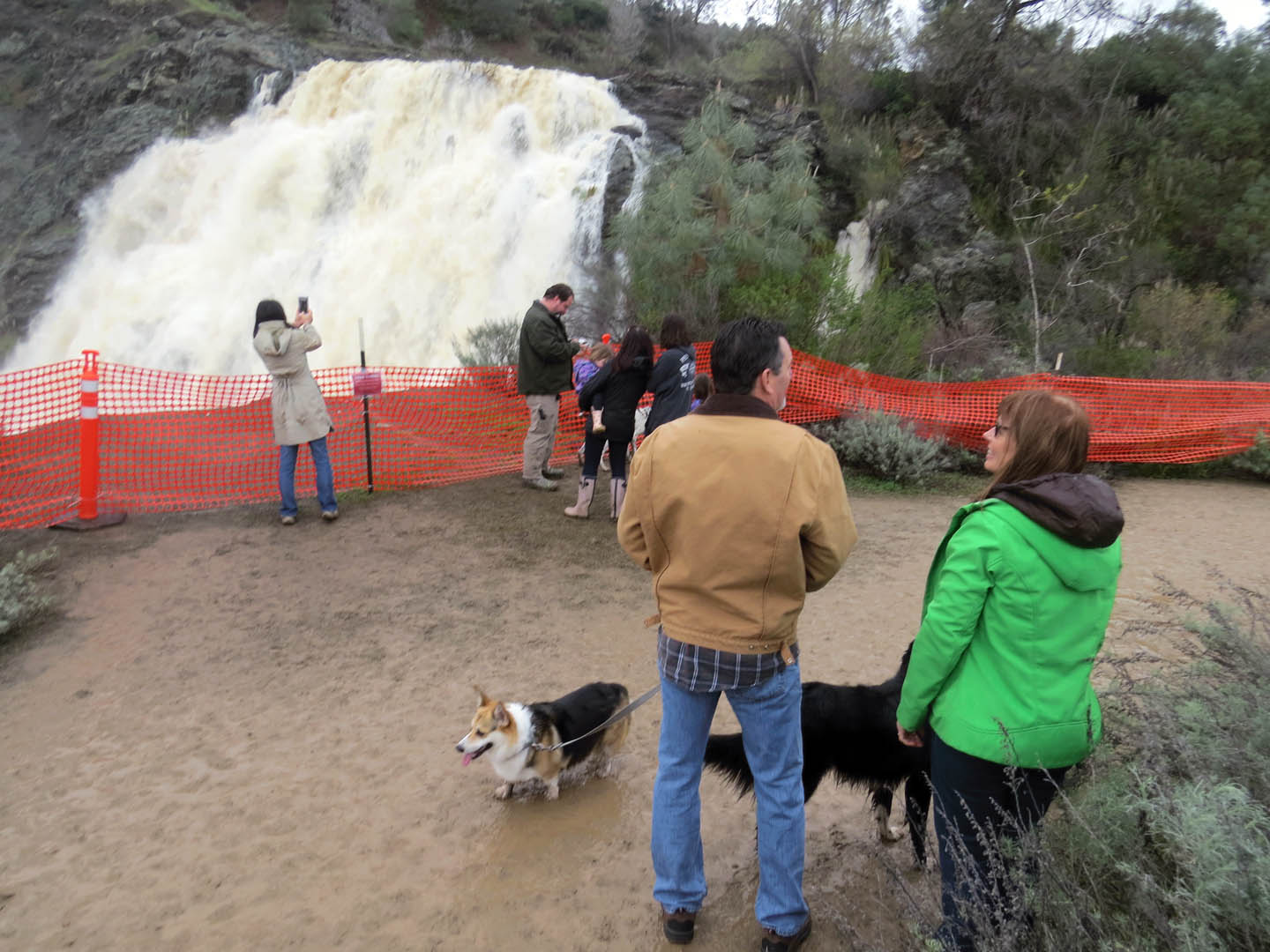 “She was very blunt and wanted to know what was going with Anderson Dam and what are the problems,” Varela said. “We’ve been shovel ready on this project since 2012 to move forward with it. We expressed to her the process that we’ve had with regulators.”

Valley Water hopes to break ground on the five-year project in spring of 2021. Revised seismic data presented to board members in 2018 prompted the district to revise and expand its plans, raising the cost and expanding timetable by requiring a complete reconstruction of the dam.

FERC’s recent demands in draining Anderson Reservoir adds another level of complication to the situation, Varela said. FERC wants the district to fix the spillway before they fix the dam itself but Valley Water officials said they will start work on the dam first.

“That means we have to literally stop now and they want us to start draining the dam of all the water that’s in the lake now to a lower level by Oct. 1 of this year and then do the retrofit of the outlet that will satisfy them,” Varela said. 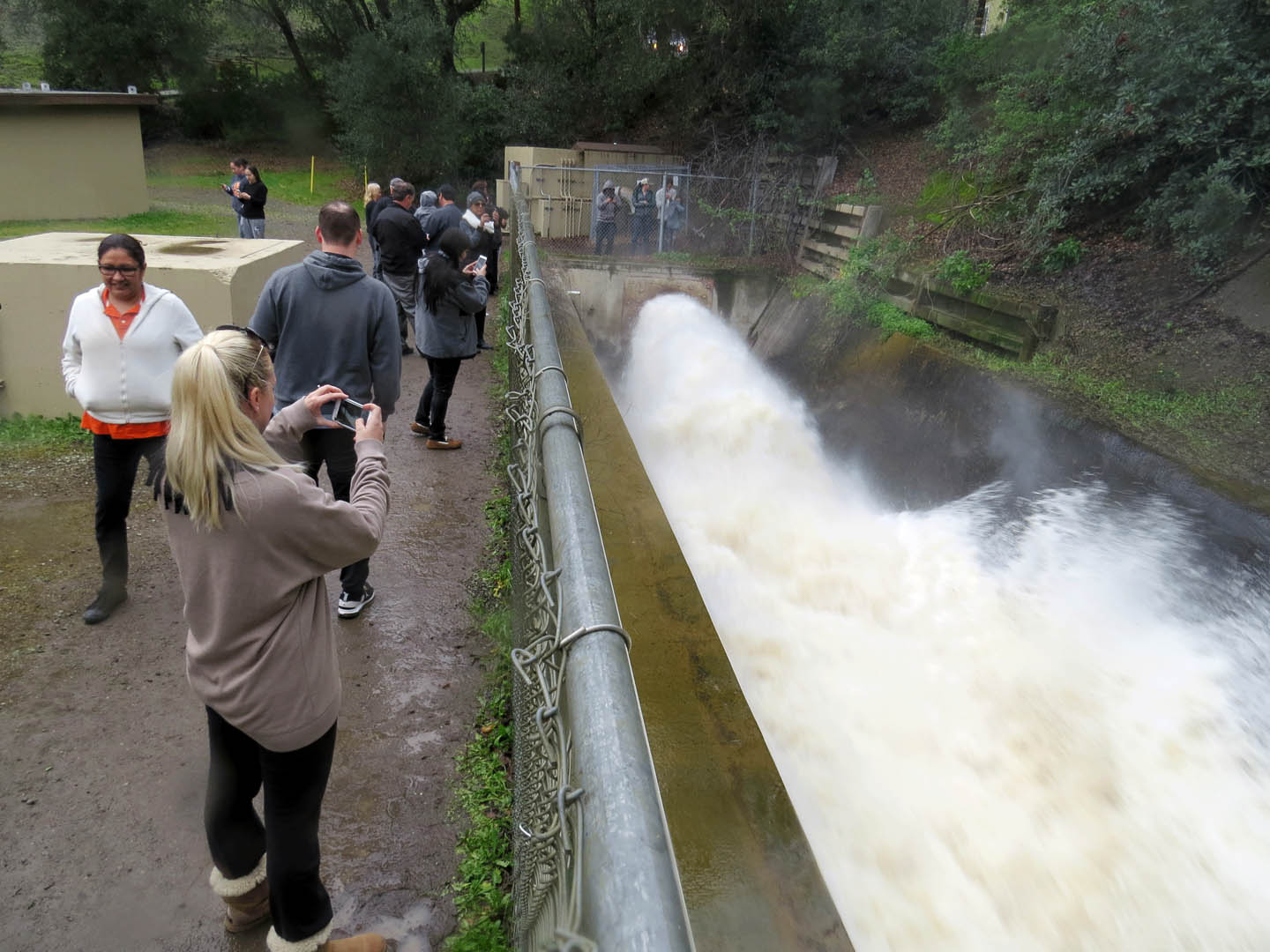 On lookers take photos of water rushing out of outlet pipe at bottom of Anderson Dam.
Photos by Marty Cheek

Valley Water CEO Norma Camacho issued a statement Feb. 24 saying FERC’s demand to empty Anderson Reservoir completely and so quickly could result in unsafe consequences. One major concern is the potential the draining would do in damaging the intake structure, resulting in the district having no way to control water flows out of the reservoir, potentially impacting downstream communities.

“With the draining of the reservoir, experts expect fish die-offs,” she wrote. “The inability to keep a consistent flow in Coyote Creek would significantly impact sensitive native fish, amphibians, reptiles, wetlands, and riparian habitats. Water quality could also be impacted downstream of the dam.”

With FERC’s new requirements, groundwater basins would also be impacted. These local aquifers are replenished with water released from Anderson Reservoir.

“Staff is exploring other sources of water that will have to come from outside of the county,” Camacho’s statement said. “While residents have done an excellent job of conserving water since 2013, another drought could require everyone to significantly decrease water use.

Valley Water officials said there is enough water in reserve to avoid shortages this summer. But there is uncertainty of the supply if the state suffers a long period of drought and if climate change impact winter snowfall.

“We import much of our water from the Delta which is primarily from the snowpack in the Sierras,” Varela said.

The 240-foot-high earthen Anderson Dam was built in 1950 when engineering standards were not as stringent as today. In December 2008, the water district learned that if  a major earthquake of at least 6.6 magnitude strikes on the Calaveras Fault directly at the reservoir or a magnitude 7.2 quake centered a mile away, the dam might fail. In that highly unlikely scenario, if the reservoir was full, the collapse would result in a 35-foot wall of water surging through much of Morgan Hill within 14 minutes. As much as 8 feet of the resulting flood would devastate Gilroy and San Jose three hours later.

When the district starts draining Anderson Reservoir, it will move as much water as possible into groundwater aquifers so it can be pumped out later. It will also send significant amounts directly to drinking water treatment plants so it won’t be wasted.