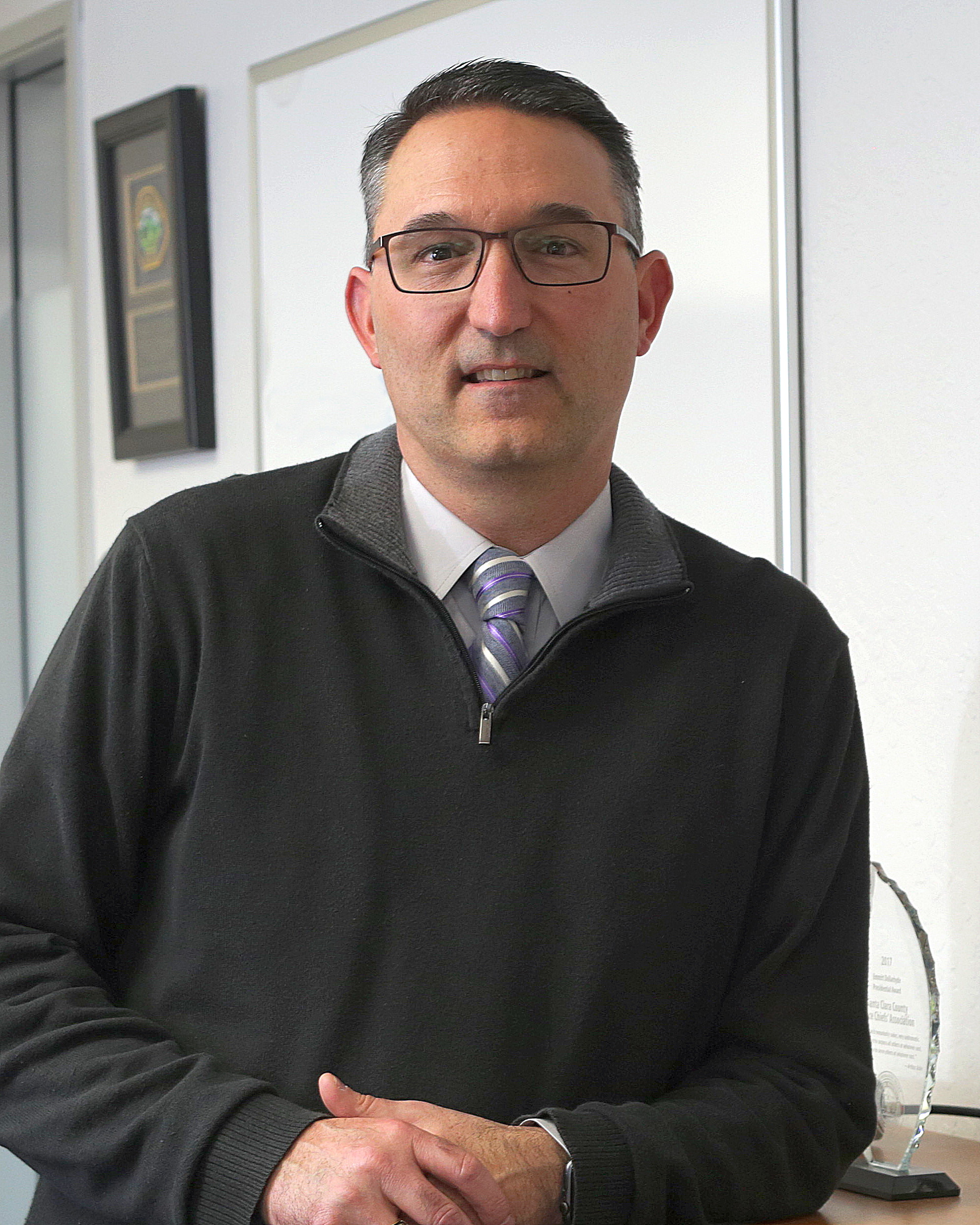 David Swing started working for the Morgan Hill Police Department as a 24-year-old reserve officer in 1995. He leaves the agency as Morgan Hill’s top peace officer April 3 to take a position as the police chief serving the city of Pleasanton.

“I think we all enter public service to make a difference in the lives of others,” he said of members of the policing profession. “It’s got to be a driving force behind what we do because the commitment that it requires, especially in public safety with the hours and the type of work we do, the risks that we take, we have to have a desire to serve others. And that’s what drove my decision 25 years ago to get into this line of work and that’s what motivates me today.” 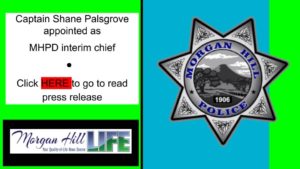 The 48-year-old Swing starts his new job April 13. Throughout his tenure as police chief in Morgan Hill, the department maintained an arrest rate above the FBI national average for the western region of the United States for both violent and property crimes.

“Chief Swing is a teammate every organization aspires to have. He is visionary, innovative, and always willing to lead by example,” said Morgan Hill City Manager Christina Turner in a press release. “I have enjoyed working with Chief Swing. He will be missed by many in our organization. I thank him for his service to our community and wish him success in Pleasanton. They are very lucky to have him.”

Turner has started the process of finding a new police chief, but the current coronavirus crisis has taken No. 1 priority in her focus of the city’s public safety needs.

Among his accomplishments as Morgan Hill’s top cop for the past nine years, Swing initiated an Outcome Based Strategic Plan for public safety to strategically address issues of crime and quality of life. This later transformed into the Department of Choice. He was among the first police chiefs in Santa Clara County to adopt innovative technology to fight crime, including instituting intelligence-led policing, using hot spot analysis, predictive analytics, crime analysis dashboard, and community engagement software to keep an open line of communication between victims and officers. His aptitude for technology allowed him to also serve as the city’s executive for information technology. His impact went beyond Morgan Hill city limits when he served a one-year term in 2019 as the president of the California Police Chiefs Association.

He considers his involvement with the statewide association as one of the highlights of his professional career. It gave him a broader perspective of police work and he took ideas back to be used at the MHPD, including how to serve the needs of the homeless and people with mental illness.

“It was an opportunity to participate in statewide policy issues and to help shape some of our messaging and some of our advocacy in that area,” he said. “It was a once-in-a-lifetime opportunity. I’m very grateful to the community of Morgan Hill and to our leadership for allowing me take that on. It was a lot of time involved in that, but I think it’s something that also benefited Morgan Hill as well.”

Swing has seen the Morgan Hill community change during the course of his two and a half decades with the MHPD. When he joined, the city had about 30,000 residents. It now has more than 45,000 people. The number of sworn police officers has grown to meet the community’s public safety needs. When he joined, there were about 20 officers in the department. As he leaves, the department has 42, an increase of six after he became police chief.

Technology for officers has changed significantly since he joined the MHPD. As a reserve office, he used a Polaroid camera for evidence collection at a crime scene or a 35-millimeter film camera if more detailed images were required.

“We can look at our traffic collisions and then align our traffic enforcement in the areas where we have a lot of collisions. That’s a good way to be strategic in driving down our incidents of vehicle crashes,” Swing said, giving an example. “By and large technology has improved how we do business. We can share information more easily . . .  If (in the past) you wanted to see what someone’s history was in a different agency, you had to call them up and do a manual search. Now you can call them up and see records management systems and conduct linkage throughout.”

Swing observed that crime trends in Morgan Hill have also changed, with the department noticing a more transient nature of criminals coming into the community in the past few years.

“It used to be (with) the green belt between San Jose and Morgan Hill, a lot of folks didn’t come this far south in their decision to commit a crime and prey on victims,” he said. “Unfortunately, we’re seeing that now throughout the state as people are driving up and down the highway corridors committing crimes.”

Swing’s passion as a peace officer has long been about helping survivors of intimate partner violence. He led a collaborative effort with various agencies including the District Attorney’s Office and nonprofit group Community Solutions to open a Family Justice Center in Morgan Hill to provide services and support to people who have been victimized by  domestic violence, sexual assault, and human trafficking. Although it is open only one day a week, the office attracts survivors of these crimes from not only the South Valley region but from northern cities  in the county.

“It seems like the bulk of my career has been in the area of intimate partner violence. And the work we have done as an organization around domestic violence, sexual assault and human trafficking is something that is exciting to see,” he said. “We’re serving those survivors well in helping them to heal and gain a path to recovery.”

Making strides in expanding the department’s engagement with Morgan Hill residents over his years as chief is also an area Swing looks back upon with pride. This has been done through community outreach programs such as the National Night Out in August and social media communication.

He has also worked closely with the Community Law Enforcement Foundation, a nonprofit group that raises funds with the annual Cops & Robbers Ball to purchase equipment and training for public safety needs not budgeted by the city. An example is the AEDs (automated external defibrillators) the group bought to be kept into police cars, which has saved lives of people with cardiac conditions such as heart attacks.