Curtains Up Theater Review by Camille Bounds: “They Promised Her The Moon” is a splendid experience 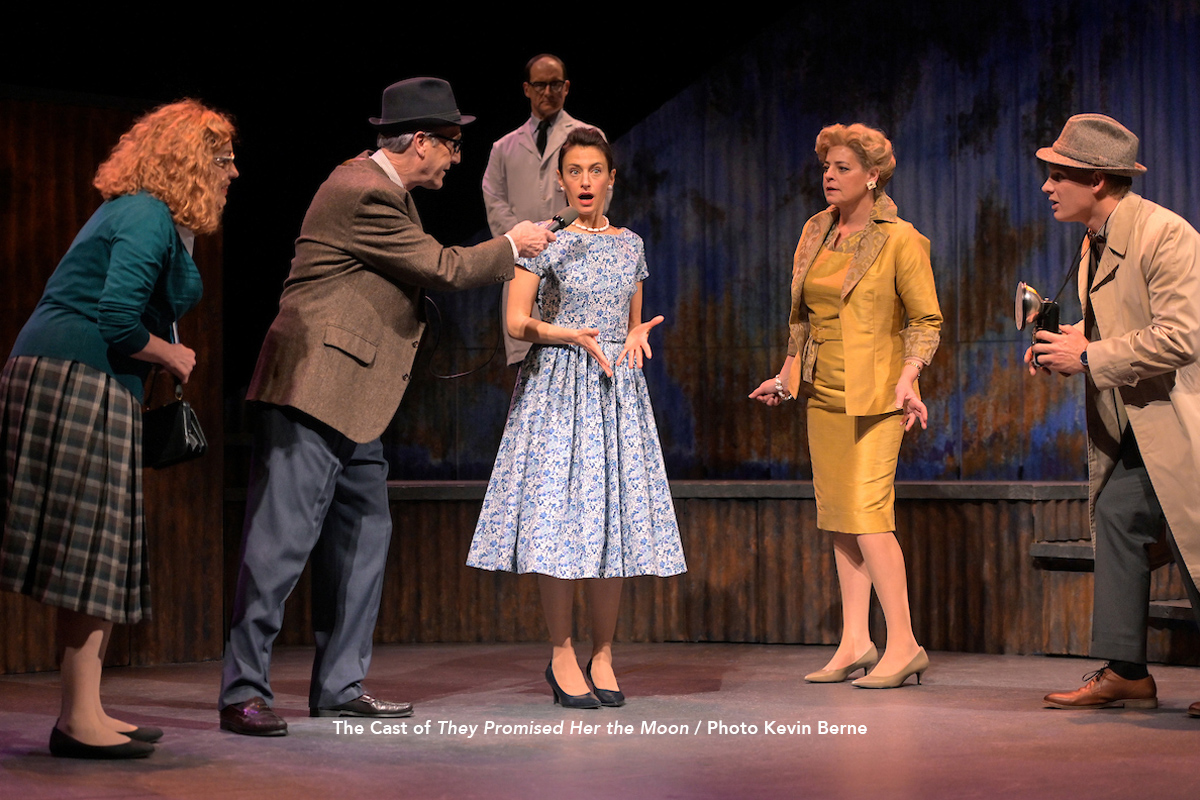 EDITOR’S NOTE: In the interest of public safety, and based upon the recent guidance from the State of California and the cities of Palo Alto and Mountain View, TheatreWorks Silicon Valley will cancel their productions of “They Promised Her the Moon” and “Ragtime.”

The TheatreWorks’ play tells the story of an amazing woman who dreamed of being an astronaut. Many people have heard of Amelia Earhart or Jackie Cochran but have you ever heard of Jerrie Cobb, a world record-holding female aviator whose ultimate dream was to become an astronaut and fly to the moon?

Director Giovanna Sardelli moves her people into  the present and past with a deep sensitivity that gets to the depth of the characters.. Directing can be a difficult task but Giovanna’s soothing guidance and sharp sense of what is needed at the moment comes through.

Sarah Mitchell wraps herself around the Jerri Cobb character – who leaves no thought uncovered as a flying loving child to a dedicated over the top adult that knows what she wants and  is determined to get it.

Sound Designer Jane Shaw brings realistic sounds of zooming planes, and communication blurbs that brings the audience into the scene.  Christopher Fitzer really shows off his inventiveness and imagination with his remarkable simple set that effortlessly moves to the moment at hand.  Costumes by Cathleen Edwards, lighting by Steven B. Mannshardt are the usual high caliber we have grown to expect from TheatreWorks productions.

“They Promised  Her The Moon”