Editorial: Let us as a community honor our nurses, healthcare workers 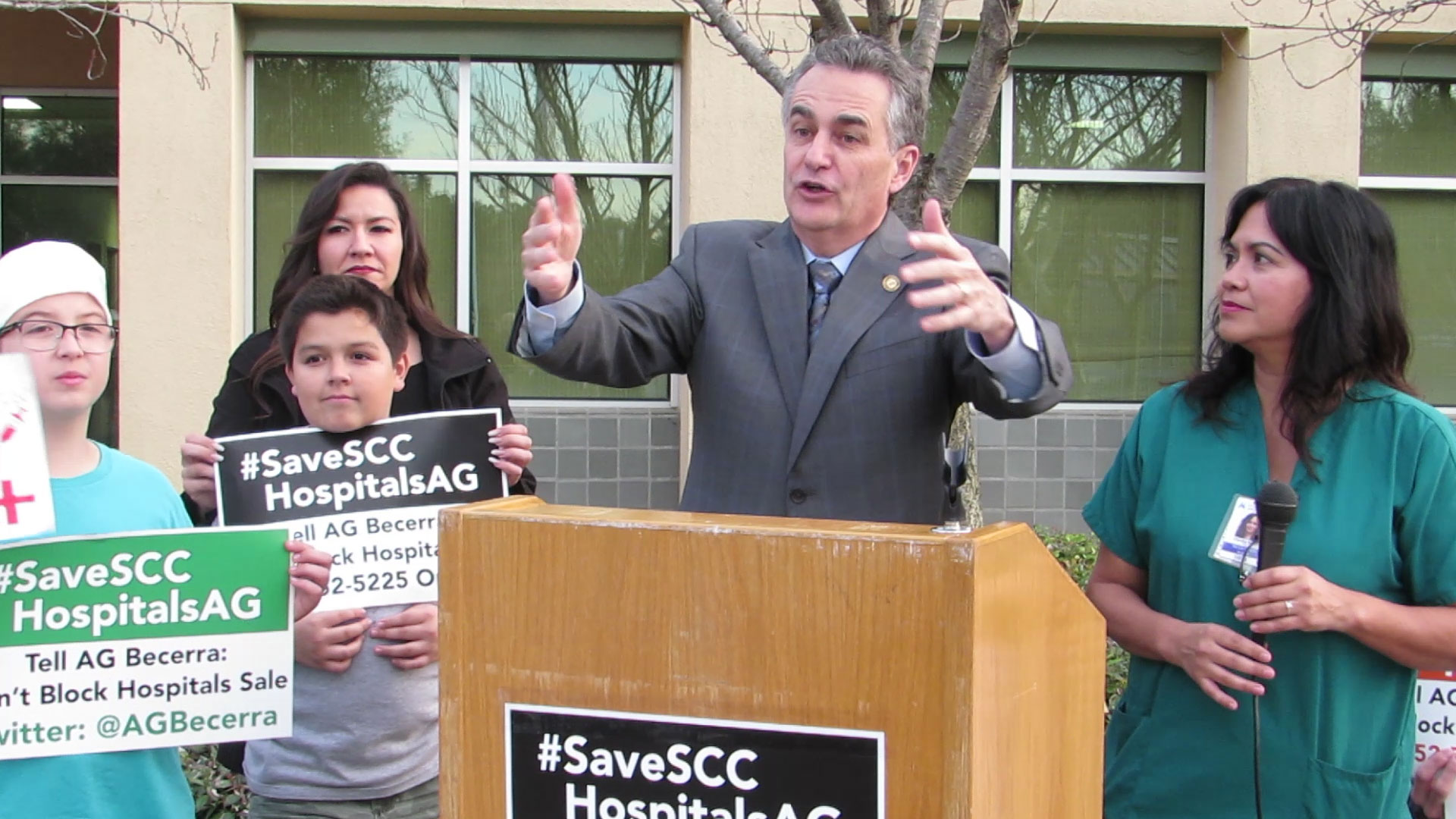 During the COVID-19 crisis, let us be truly grateful we have St. Louise Regional Hospital in Gilroy, the De Paul Health Center in Morgan Hill, and O’Connor Hospital in San Jose still available for our healthcare needs. These local medical facilities came close to being permanently shut down 15 months ago when California Attorney General Xavier Becerra decided to play politics.

Early last year Becerra jeopardized the deal Santa Clara County, the sole bidder, made to purchase these three facilities from the bankrupt Verity Health Systems. Becerra tried to block the sale on grounds his office never waived certain conditions imposed in 2015 by then-Attorney General Kamala Harris when the Catholic Daughters of Charity sold the sites to Verity. A federal judge eventually denied Becerra’s appeal on the grounds that public health was at risk and more than 2,000 workers would lose their jobs. 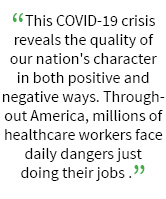 Many local leaders on both sides of the political fence teamed together to fight Becerra’s foolish actions. They included congressional members Zoe Lofgren and Jimmy Panetta, Assemblymember Robert Rivas, and County Supervisor Mike Wasserman. U.S. Senator Kamala Harris decided to remain silent. Many in Silicon Valley –– Republicans and Democrats alike — feel deeply disappointed Harris showed a lack of leadership in not joining the fight to save the facilities. Her words would have had considerable weight because the conditions for the original sale had been set by her.

Imagine if St. Louise and De Paul had been closed and South Valley had no nearby medical services for its residents. There may have been considerably more fatalities from last summer’s Gilroy Garlic Festival shootings if victims needed to be transported during heavy Sunday afternoon highway traffic to faraway hospitals.

Harris is high on the list of potential running mates for presidential candidate Joe Biden’s campaign. We hope his vetting team takes into consideration her failure to demonstrate responsibility and show courage by stepping up and speaking out to save our local hospitals. Her inaction put at risk the health and safety of thousands of people in the Silicon Valley.

This COVID-19 crisis reveals the quality of our nation’s character in both positive and negative ways. Throughout America, millions of healthcare workers face daily dangers just doing their jobs. It is vital to keep them safe from illness by making sure they have the PPE (personal protective equipment) they require. Unfortunately, too many nurses and doctors start their shifts without an adequate supply of face shields and N95 masks. The lack of necessary health and safety tools during a pandemic shows America’s healthcare system has severe weaknesses that take a high toll in the lives lost.

The pandemic also provides a true test of America’s political leadership. No doubt the stay-in-place orders hurt people whose livelihoods do not allow them to work from home or who are not considered “essential” workers. Despite considerable risks to the public, some state governors have allowed businesses such as salons, gyms, tattoo parlors and bowling alleys to re-open. The mayor of Las Vegas wildly suggested opening the doors of the city’s casinos so gamers might return.

Some politicians and members of the media have also encouraged Americans to try some medically dubious methods to combat COVID-19. Among the most dangerous was President Trump’s inference that injecting household disinfectant products may prove to be a viable remedy. The companies that produce Clorox and Lysol quickly issued statements warning consumers not to use their products in this way. Republicans and Democrats condemned Trump for his remarks. He later told the press, “I was asking a question sarcastically to reporters like you just to see what would happen.” His “sarcasm” put people’s lives at risk.

America needs courageous and cooperative leadership from members of both political parties. We need our officials in the federal government to come together right now in an effort to save lives as the coronavirus crisis grows potentially more fatal. The continuance of the extreme polarization in our partisan politics will kill many thousands of more Americans from COVID-19.

May 6 is the start of International Nurses Week. Let us as a community praise the thousands of men and women who work in Santa Clara County’s hospitals and medical centers during the COVID-19 crisis. Our nation’s politicians should take an example from these people who every day risk their lives to save lives during this pandemic. They serve as an example of the type of leadership America’s federal government truly needs right now. They are the real heroes.