As an outdoor enthusiast, he enjoyed hunting, fishing, and camping 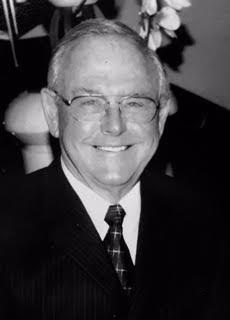 Longtime Morgan Hill and San Martin resident Jim Alter passed away April 23, 2020, in Gilroy. He was 91 years of age. Jim was born at the Presidio of Monterey and was the son of the late Jacob Alter and Alice Jemm Alter.

After 37 years with Pacific Gas and Electric, Jim retired in 1990. He previously served in the U.S. Army Reserves and the Morgan Hill Police Auxiliary. Other organizations that benefited from Jim’s involvement in the community were the Morgan Hill Parks and Recreation Commission, and Boy Scout Troop 799. He was an active volunteer with the Morgan Hill Swim Club, Morgan Hill Fish and Game, San Martin Lions, and the Gilroy Elks Lodge. Jim and his wife, Leonne, were Charter Members of Advent Lutheran Church. His legacy in the community has truly left an impact.

As an outdoor enthusiast, he enjoyed hunting, fishing, and camping. Traveling to most states in the U.S., as well as Europe, Canada, Mexico, and the Caribbean, became an important part of his life.

Private family services were held April 30. A “Celebration of Life” public gathering in his honor will be planned later this summer once social distancing restrictions are lifted. He will be greatly missed.