Despite hits, some continue to feed the needy 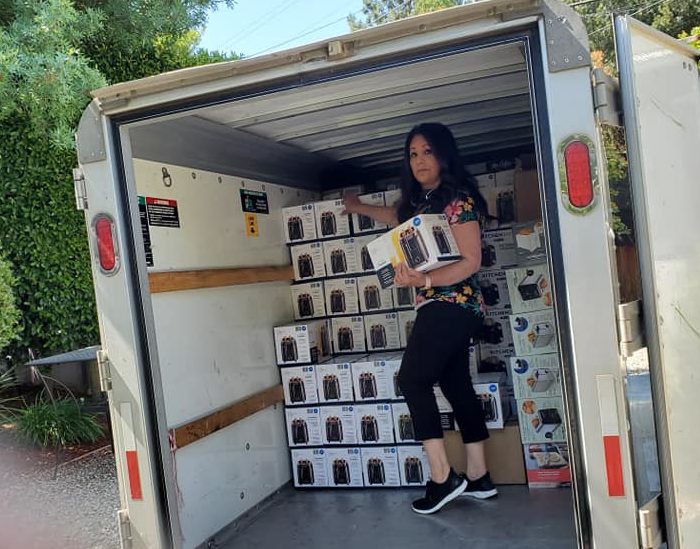 Edward Boss Prado Foundation founder Cecelia Pozini loads toasters and coffee pots into a trailer that will be taken to a migrant labor camp in Watsonville. Photo courtesy Cecelia Ponzini

Most South Valley nonprofits that operate on a shoe-string budget in good times are now feeling the impact to the fundraising and services as COVID-19 devastates not only the health of people but the health of the economy. More than ever, they need the help of the community to serve the region. 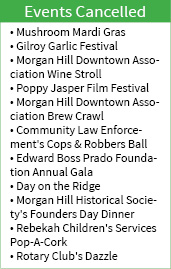 Based on a survey of nearly 550 nonprofits in 93 countries conducted between March 24 and 26, the report, The Voice of Charities Facing COVID-19 Worldwide, found that 96.5 percent of respondents reported negative impacts related to the virus.

Morgan Hill and Gilroy nonprofits have seen similar impacts from the COVID-19 crisis on their revenue streams. Among them is Community Solutions. Its staff is concerned about a reduction in people accessing services and preparing for an influx of need when things the go-ahead is given to begin reopening the economy. The nonprofit provides critical services for children, teens, adults, and families facing times of crisis, ranging from mental health and substance use challenges to domestic violence, sexual assault, and human trafficking.

“We have seen a significant decrease — perhaps 30 percent — in calls, and a 60 percent decrease in new clients,” said Lisa DeSilva, chief development officer, referring to the division that serves survivors of domestic violence, human trafficking, and sexual assault. “It’s not surprising. Often, the victim is living with the abuser, and now with shelter in place nobody is leaving the home. There is less privacy and less of an opportunity for the victim to reach out for help.”

Every Wednesday the Morgan Hill Family Justice Center is still open as a one-stop shop for domestic violence victims to talk to an advocate and get support from the police department, the district attorney’s office, social services, but visits are significantly down.

“It serves so many clients every week throughout the year,” DeSilva said. “But we are now seeing just one person by 10 a.m. where we would normally see a dozen or so.” 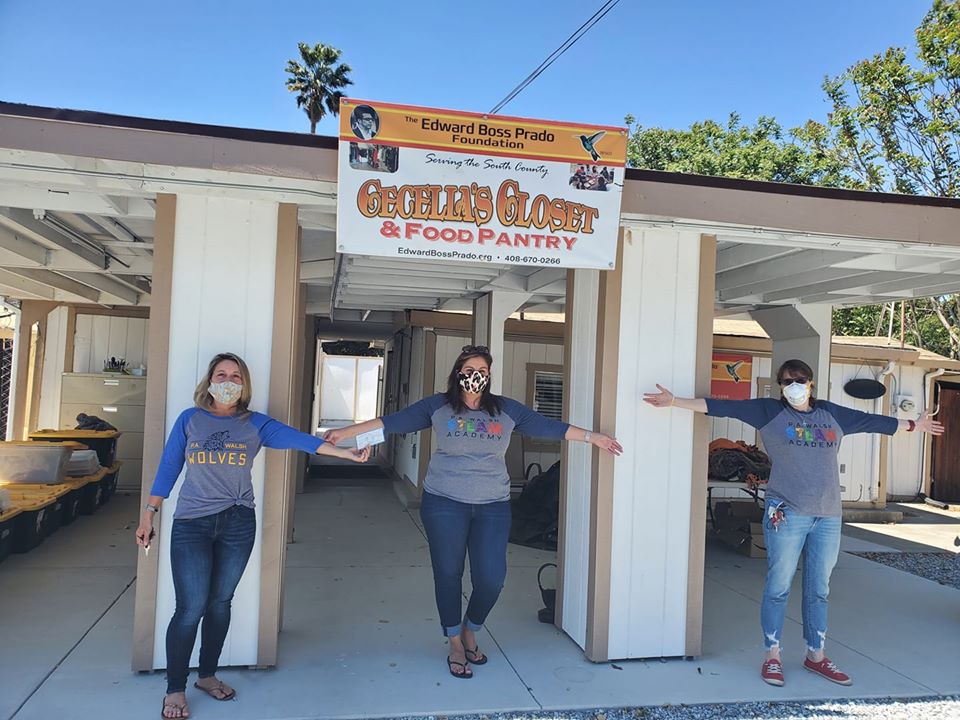 At Rebekahs Children’s Services, which serves the mental health, foster care and adoption needs of children and families in South Valley, employees are conducting business through tele-health and adhering to COVID-19 policies, said Claudia Sandoval, director of Fund Development and Community Relations.

“Staff is on-site at residential facilities for those who live there, otherwise most are working from home,” she said.

The nonprofit cancelled its Pop-A-Cork annual fundraiser, which raises about $70,000 to help fund the Culinary Academy and Kneaded Bakery. Classes have also been put on hold. However, the bakery’s online store is open at www.kneaded.com. Chef Carlos Pineda is conducting Facebook Live cooking classes to keep the community engaged and their spirits afloat. The nonprofit was fortunate that some of the businesses and individuals who sponsored the fundraiser have not pulled their funds.

The Morgan Hill Community Law Enforcement Foundation was forced to cancel its annual Cops & Robbers Ball fundraiser that usually raises about $50,000, said Board President Brian Sullivan. The foundation provides equipment and projects funding to the Morgan Hill Police Department that the city cannot afford to purchase. The cancellation and the almost certain cuts to the city budget starting in July will impacts the department’s ability to purchase needed equipment, he added. 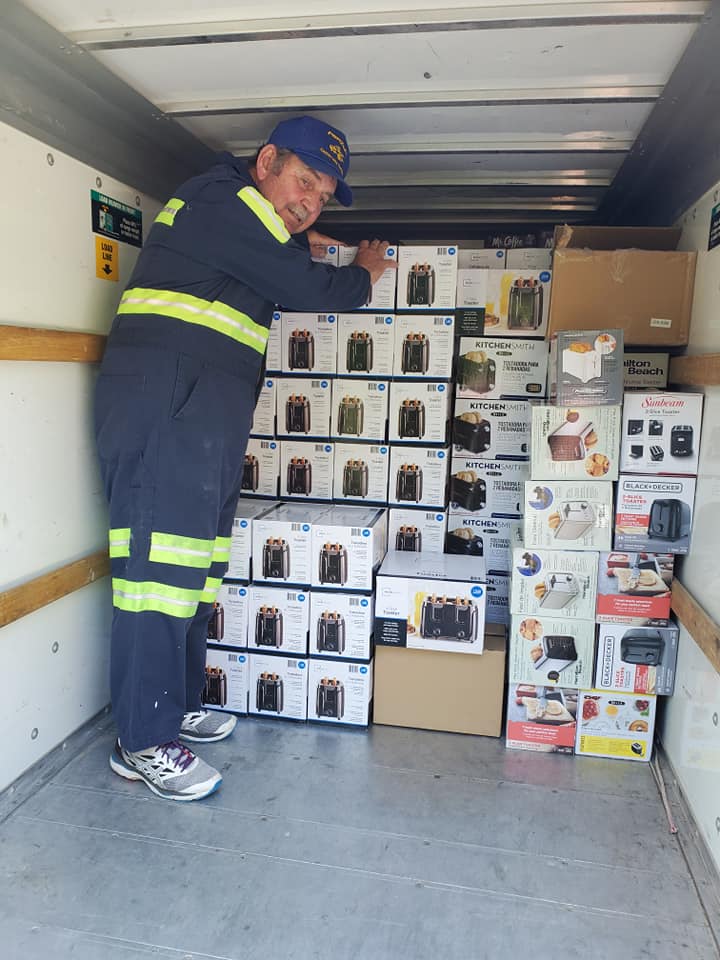 “That means we are eating into the foundation’s savings,” Sullivan said. “And, we believe there will be other requests come forward that will mean some hard decisions will need to be made.”

Despite the hits to nonprofits, most continue to serve those residents in need during the coronavirus crisis. The St. Catherine Reach Out Food Pantry remains open. Community Christian Church has partnered with Second Harvest Food Bank and is now giving away thousands of pounds of food every other week. They are also serving Thursday night dinners at the church on a to-go basis.

And, since the SIP was ordered, Cecelia Ponzini, CEO of Morgan Hill’s Edward Boss Prado Foundation and Cecelia’s Closet and Pantry, whose main facility is temporarily closed, continues to feed local families. People from throughout the region have delivered a stream of food to the front porch of her home where she gathers and sorts it, then fills grocery bags donated by Safeway. When she gets a call from the family referred to her, she sets the bags on the porch where they pick it up and leave without physical contact.

Her home’s garage is packed with filled bags and those in the process of being filled, as are a spare bedroom and out-building. A trailer is filled with coffee pots and toasters destined for a migrant labor camp in Watsonville. Tables on one side of the garage were packed with items to be put into bags.

With the help of a handful of volunteers and local donations of food, Ponzini has solicited families in need from the Morgan Hill and Gilroy school districts, Rebekah Children’s Services, the Youth Alliance of Morgan Hill and the Community Agency for Resources, Advocacy and Service of Gilroy.

On April 16, volunteers from the Morgan Hill Police Department, the city of Morgan Hill, Rotary Club of Morgan Hill, and Kiwanis Club Morgan Hill, gave out two weeks’ worth of groceries to more than 150 families in need in what she calls the “Gate to Gate Food Giveaway.”

“We could not do this without our community support,” she said.

Families drive up to the back of her property, where volunteers, wearing masks and gloves, stay at a safe and appropriate distance as families collect a bag of food. Volunteers are coached to emphasize families’ dignity in their interactions.

“I tell them, ‘Let’s not make it personal, let’s just give the families what they need so they can leave with dignity,’” she said. “ I don’t believe people feel comfortable getting charity but sometimes they have to.”

In addition, Ponzini and several others cook homemade meals for 15 families every Sunday. That could amount to as many as 60 meals in what she calls the Heart-to-Heart Program.

“I just wanted to give them something special on Sundays,” she said. “I’m going to continue these hot meals for them.”

The Prado Foundation is seeing a growing number of both white and blue collar workers in need. She described a recently married couple who works as a dishwasher in a local restaurant who lost his job. And although his wife works at a convalescent hospital, her salary alone is not enough to cover all their basic expenses.

“The dynamics have changed with the families we normally served,” Ponzini said. “They’re different people now. They’re our neighbors.”