Nonprofit profile: Morgan Hill Tennis Club has grown in the past decade 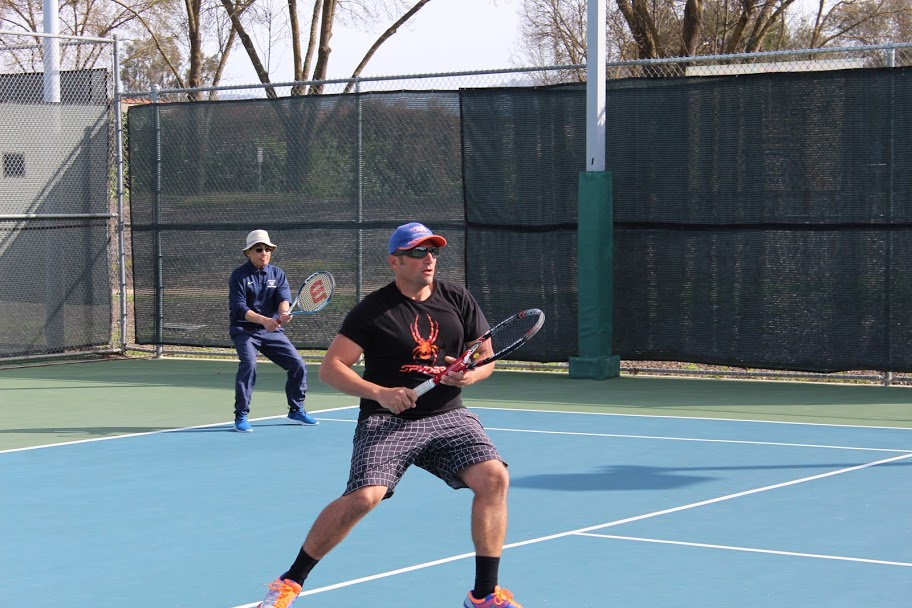 What started organically with several dozen players more than a decade ago has grown into the popular Morgan Hill Tennis Club with more than 400 members. 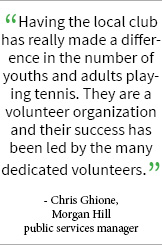 The formal partnership with the city began in 2009 when the city council approved providing the tennis club a reduced rate in return for their partnership in supporting maintenance of the courts at Community Park.

“This partnership has been one of the easiest for the city to manage and is now going on more than 10 years,” said Chris Ghione, Morgan Hill public services director.

In  exchange, the club’s commitment is to help take care of the courts day-to-day maintenance and cleaning and additionally funding enhancements at the park that the city otherwise could not justify prioritizing or afford.

During the past decade, the club has installed benches, shade structures, display boards, a picnic gazebo, concrete sitting area, wind screens, nets, trash cans, ball caddies, and bleachers among other items, said club president Tony Bontempi. “We’ve made it into a real tennis club,” he said, adding that the club has put more than $50,000 into the facility.

The club also supported funding for LED lighting to improve the lighting on four of the courts.

In addition, earlier this year, the club installed a gate at the north end of court four for easier access to the bathrooms and a shade structure by court three.

The club, which began with four courts, now boasts eight and of the 400 members, 85 percent participate in league play against teams from Silver Creek, Los Gatos, San Jose Swim and Racquet Club, and the Almaden Valley Athletic Club. The cost is $45 annually.

The club, run by an all-volunteer board, provided the city council in late February with an update on all the club has done in the past 10 years. 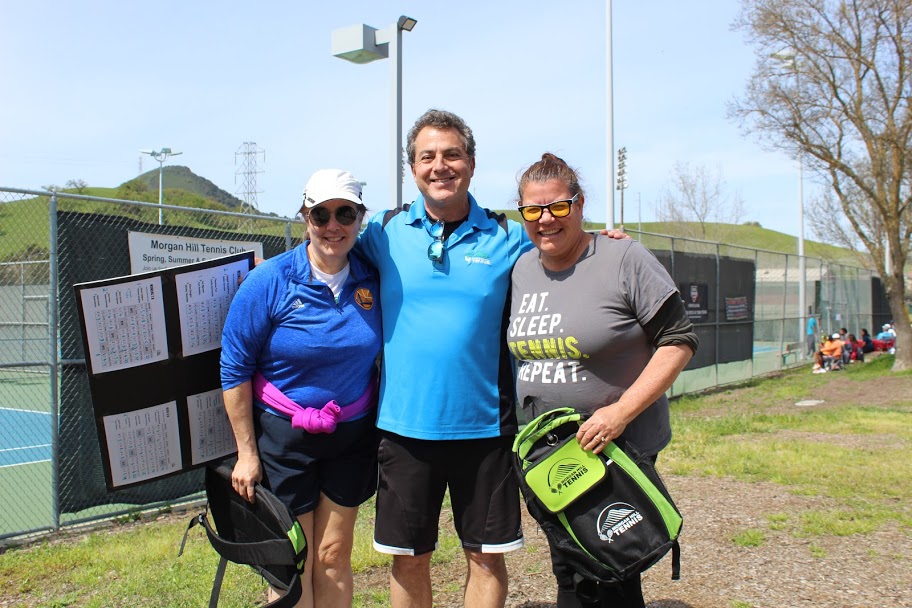 “We have a great relationship with the city,” Bontempi said.

Its mission and ultimate goal is to promote and support tennis in the city and surrounding areas, Bontempi said.

They achieve that by working with USTA NorCal as well as the city of Morgan Hill to create a fun, affordable and competitive tennis environment within a public setting. Through membership dues they provide:

Club members pay $3 an hour, which is half the normal rental rate for the courts.

In addition to the improvements, the club’s members help ensure the courts aren’t misused or damaged. 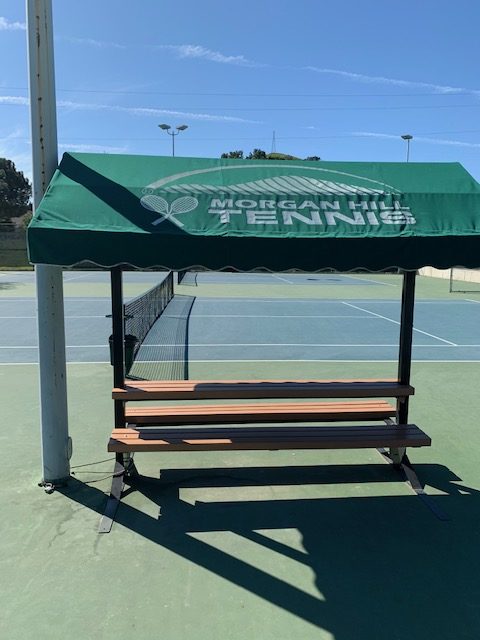 “Since the club members are frequently at the park they are additional eyes and ears that support park safety and security,” Ghione said.

“I’m there all the time,” he said. “There are very, very few problems at the courts.”

The club’s programs offer youth and adults the opportunity to take part in tennis at all different levels of play.

“Having the local club has really made a difference in the number of youth and adults playing tennis,” Ghione said. “They are a volunteer organization and their success has been led by the many dedicated volunteers like Tony that have led the way for the past decade.”

Many have been involved since the club’s founding, but membership is aging, Bontempi said. The average age of members is about 50. Most have tennis skills that are slightly better than beginners, so any level player is welcomed to join the club.

“We are looking for younger tennis aficionados,” he said.