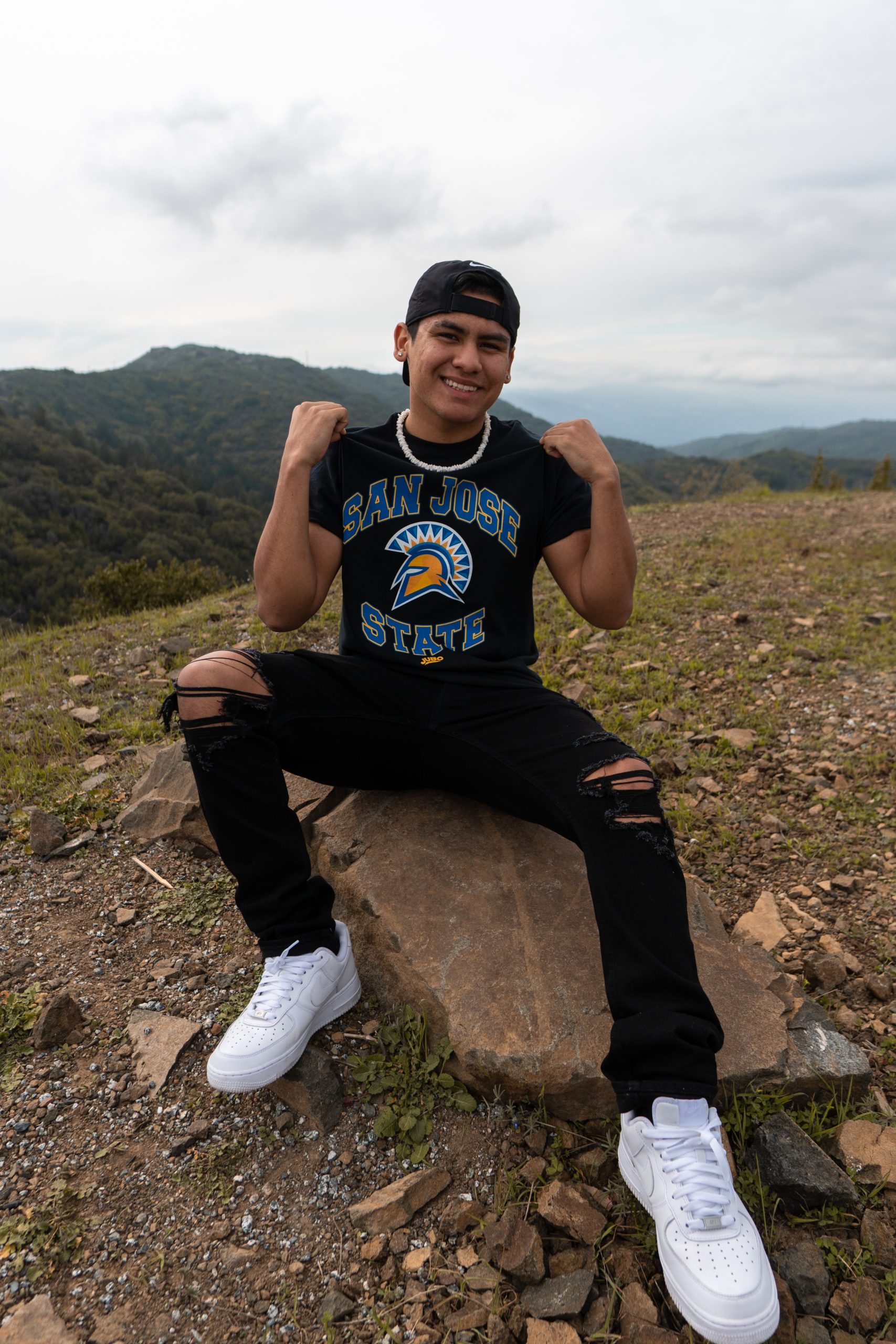 Joshua Nickerson, who at one point considered himself a “statistic,” will graduate from Ann Sobrato High School and intends to study sociology at San Jose State University.
Photo courtesy Joshua Nickerson

In light of the coronavirus crisis Joshua Nickerson, a senior at Sobrato High School in the 2020 graduating class, will unfortunately not be able to celebrate a traditional cap-and-gown commencement. Despite the disappointment of being separated from family and friends on that momentous day, he and many other Morgan Hill grads will manage to move forward.

“Graduation is the biggest milestone. It’s something we’ve worked toward for 12 years,” he said. “It’s something that can’t be substituted. We understand, but we’re all pretty bummed about it.” 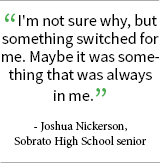 The first of his family to graduate from high school, his diploma represents a hard-won achievement of a young man determined to succeed in life despite obstacles stacked against him. He saw the commencement ceremony not only as a turning point in his life but for his family.

“Everyone called me ‘stupid,’” he said. “I wasn’t supposed to graduate high school. I was supposed to be a statistic.”

Nickerson’s father was absent from his life. Growing up in the Bay Area, money was tight for the family with his single mother raising him and two older brothers. At age 15 he moved with his mother to Las Vegas. They traveled around a lot, and things for Nickerson worsened. He fell into a state of depression.

“I felt like I was doing nothing in life,” he said.

At age 16, he decided to move back to Morgan Hill on his own, where he lived with a friend. He got a job to support himself and dedicated himself to his education.

“I’m not sure why, but something switched for me,” Nickerson said. “Maybe it was something that was always in me.”

On turning his life around, Nickerson explained, “In a way, it was survival. When I was small, me and my mom would drive around in the car, sleep in the car, dumpster dive, look for things to sell. I was small, so I was always paying attention, listening and watching. I saw how she tried everything to find us a place to sleep. I learned that there was always a way to eventually do something, no matter how hard we were struggling.”

Despite the challenges of his family’s financial situation, Nickerson decided to commit himself to earn his diploma and never gave up on his goal.

“For me, graduating high school as a first-generation college student, walking across the stage and seeing my family do that was going to make me so much more motivated,” he said. “It showed that I could break the cycle of my family struggles.”

After graduation, Nickerson plans to attend San Jose State University to study sociology. He looks forward to seeing how far he can go in the sport of college boxing, a passion that has grown with Nickerson and given him the motivation to succeed despite the obstacles.

“When I’m done with the gym, I don’t feel any anxiety,” he said. “I want to talk to everyone and just be nice, respectful.”

His ultimate dream is to open a nonprofit gym to offer underserved kids a chance to learn boxing. He wants to create a safe place for young people who grew much like he did.

“Somewhere they could go to get away from gangs and drugs. They could go there,” he said. “I could set up boxing classes, punching bags and more stuff for kids to play with. I’d have really good people be there, take care of your kid and treat them like family.”