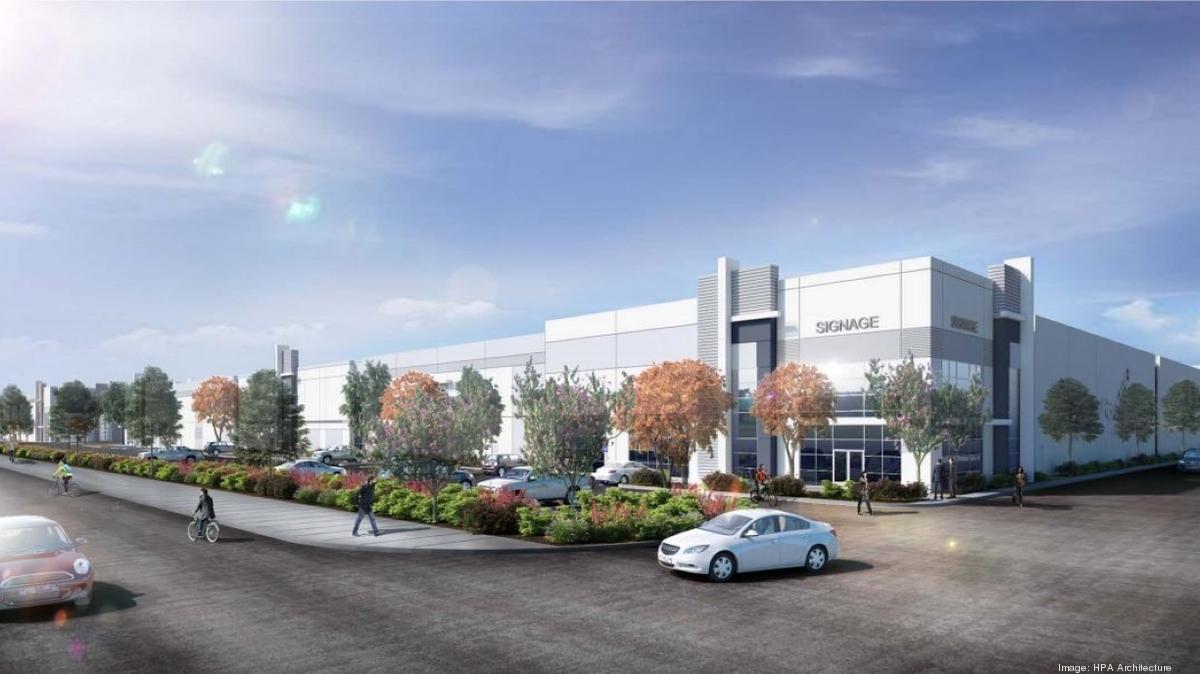 An artist’s rendering of the proposed Morgan Hill Technology Center.

Members of an activist group fighting a proposed 60-acre industrial development at Cochrane Road and U.S. 101 intend to bring forward an initiative that will  change the city’s municipal code. If the Morgan Hill City Council approves the project they say they will bring a referendum to the voters to stop its construction.

A draft environmental impact report for Trammel Crow Company’s Morgan Hill Technology Center is now circulating and identifies a number of issues that could cause “significant” impacts on the city’s traffic circulation, among others impacts. 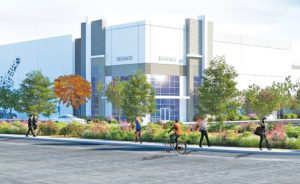 An artist’s rendering of the proposed Morgan Hill Technology Center.

The report, prepared by David J. Powers & Associates, shows several changes Trammell Crow made since first applying for a zoning change last year. The 60-acres are currently zoned for commercial, administrative office and industrial use. They want to rezone a majority of the land for industrial use that they say will be used to lure an advanced manufacturing company to Morgan Hill, bringing with it significant economic impact and high paying jobs.

Some residents who oppose the project refuse to trust Trammell Crow’s claim that it is not planning to build a distribution center and the developer’s revisions do not dissuade them of their original beliefs.

“We’ll take care of all the mitigations,” he said. “But the traffic, there is no way around that. There is going to be traffic, but less than the alternative.”

Office parks, which the land is currently zoned for, generate four times the traffic numbers than other zoning options and there was no demand for office or retail in Morgan Hill before COVID-19 hit and that’s still the case, he said.

The EIR is based on assumptions residents opposing the project don’t agree with, said Joe Baranowski, a member of the Morgan Hill Responsible Growth Coalition.

“We have concerns about what the project really is,” he said. “It does not represent the worse-case scenario. It will mitigate concerns in a way that doesn’t represent actual impacts the project will have on the community.”

The public review period for the nearly 260-page EIR ends July 14. City officials held a virtual meeting Monday, June 30 to allow residents to voice their comments on the project. (This issue went to print June 26).

The draft EIR estimates the project could add more than 10,000 daily vehicle trips, including 248 truck trips at full capacity. It analyzed various roads in Morgan Hill, finding no impact on many. However, sections of Cochrane Road would operate at “unacceptable levels” without mitigation measures, the report stated, suggesting that adding dedicated turn lanes along the road and a traffic signal at Mission View Drive and Half Road would alleviate the traffic flow.

The project is also expected to add traffic to U.S. 101, which already operates at an “unacceptable” level during peak hours from Highway 85 to San Martin Avenue, the EIR stated. Widening the freeway was “not feasible” for a developer, and neither Caltrans nor the Valley Transportation Authority are considering such a project. Other impacts outlined in the report included air quality, noise, and biological resources.

Linda Nowlen, a member of the MHRGC, said the changes made by Trammell Crow are a step in the right direction, but she believes “it’s clearly still a distribution center.”

“We are taking a very positive approach,” she said. “The decisions we are trying to make are to the benefit of the city, planners and council.”

Marsh said the project is being built speculatively to appeal to a broad user base for a potential customer. Because the development is not constructed to suit a specific business, not knowing who the tenant might be can cause concern for some Morgan Hill residents.

“It is extremely unlikely the development will feature a pure distribution center,” he said. “The demand isn’t there.” The need for a location for a distributor, he said, is the last five miles, meaning the site needs to be within five miles of its major market.

“Morgan Hill is just too far away,” he said, acknowledging that advanced manufacturing will have trucks coming and going.

According to Trammell Crow, at full build-out, the project could add 1,300 industrial and 200 commercial jobs.

“We want to support advanced manufacturing,” Baranowski said. “We support bringing in what the city says it wants, high-paying jobs. The current proposal doesn’t do that.”