Community Voices by Linnie Lee: Together we can make changes 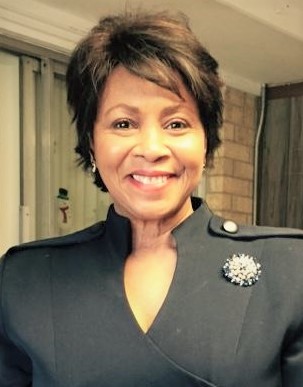 Tessa Landers, a fifth grader at El Toro Elementary School, won first-place in this year’s Freedom Fest essay contest describing how Rosa Parks, a Black American civil rights activist, refused to give up her seat on a Birmingham bus for a white person in 1955. Her essay appeared in the June 17 issue of Morgan Hill Life.

Tessa inspired me to write about one of my own experiences as a little girl growing up in Memphis, Tenn. One day my mom took me to downtown Memphis on the bus. On our return home, the bus was full and we sat in the back as usual. Two white people got on and stood over us. My mom immediately took my hand very firmly and stood up and moved away, still holding my hand. I asked her, “Why did we have to give up our seats?” She replied, “It’s the law.” I never mentioned it again until now. Thank you, Tessa. You were courageous and brave to write about Rosa Parks during this time in our history when we are dealing with racial issues once again.

“Anyone who wants to talk about a severe social problem without understanding the history of that social problem, is not serious about solving that social problem,” said Simon Balto, an assistant professor of Africa Studies at the University of Iowa. The history of slavery and the origins of American law enforcement relate to why and how America got to an oppressive period in history where Blacks faced social injustice and police brutality for many decades.

In 1619, African captives arrived at Jamestown in the colony of Virginia. This was not considered the earliest arrival but it is accepted by many historians. Africans were kidnapped from their homeland and taken to the Americas where many suffered and died while some endured.

The birth and development of the American police can be traced to many historical, legal, political, and economic conditions. The institution of slavery and the control of slaves were two of the more formidable historic features of American society shaping early policing.

The slave patrol, considered a forerunner of American law enforcement, was designed to control the behavior of slaves in the colonies. Slavery and the abuse of people of color was not just a practice in the South. Connecticut, New York, and other colonies enacted laws to criminalize and control slaves. After the American Revolution, slavery was fully institutionalized in the  economic and legal order, with laws being enacted at both the state and national divisions of the government.

In 1793 and 1850, Congress also passed fugitive slave laws allowing the detention and return of escaped slaves. This clearly-establish, legally-sanctioned law enforcement system existed in America before the Civil War for the purpose of protecting the interests of slave owners.

Slavery and racism persisted. Extreme violence grew worse for people of color with the rise of vigilante groups who resisted the Reconstruction period after the Civil War. Lynch mobs had a reputation justified by the law for hanging people of color and were never arrested or prosecuted. Because of slavery and the racist rationalization of society, Blacks were treated as non-human.

The historic burden of racism has made it difficult for minorities whose skin colors are black, brown, red, or yellow to transition into mainstream America. Blacks also have a unique history with police and law enforcement institutions. People of African-American descent are more likely to be stopped and questioned by police. As early as 1849 more than 2,000 slaves were brought to California during the Gold Rush. Slaves came with their owners from Europe and from American states such as Texas, Mississippi, Missouri, and Arkansas. More than 2,000 black slaves arrived in California.

The Hidden History of Slavery in California was launched as a public education campaign by the ACLU of Northern California in 2019 in the state’s court to address the legacy of this dark time in the Golden State.

The Justice in Policing Act of 2020 was passed by the House on June 25. Sponsored by Rep. Karen Bass (D-Los Angeles), its purpose is to hold law enforcement accountable for misconduct in court, improve transparency through data collection, and reform police training and policies.

History shapes society even today. What happened in the past is reflected in our lives today and in media coverage of events. I’m thankful to the peaceful protesters in Morgan Hill and all around the world who came together during a dangerous pandemic, rallied against the murder of George Floyd and other Black men and Black women who have died by police brutality. Together we can make changes for a better tomorrow.

Linnie Lee is a Black American and a long-time resident of Morgan Hill.