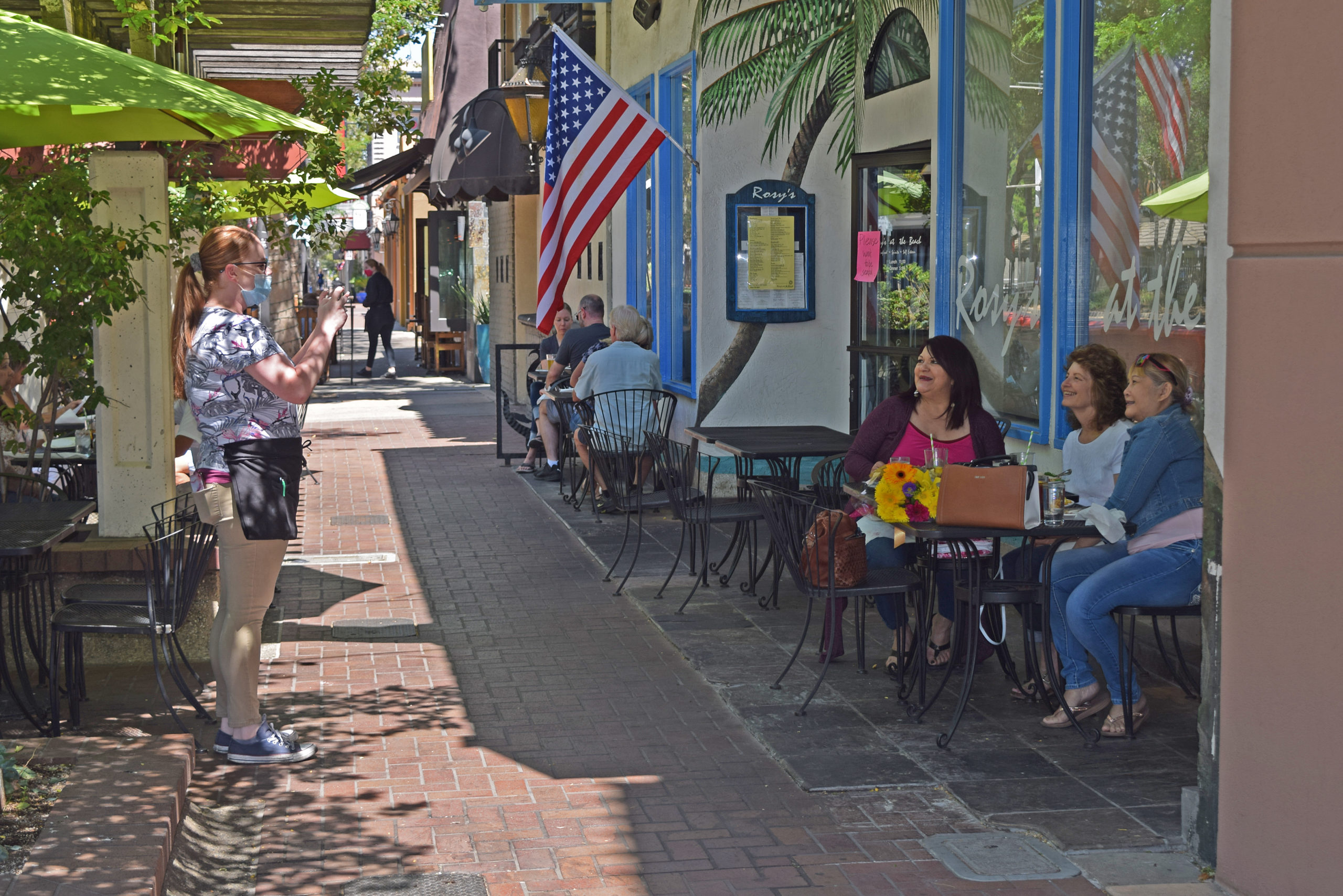 The restaurant owners believed they were following Santa Clara County guidance on the COVID-19 reopening. 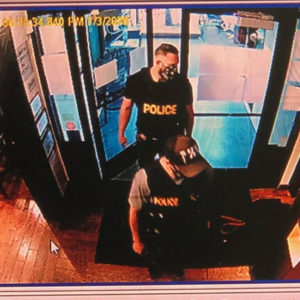 “I could not figure out why we were being threatened with citations,” said Dan McCranie, owner of Ladera Grill, of the visit from agents. “There was no information indicating we had been violating any state orders.”

Rosy’s at the Beach owner Rosy Bergin was called at home by a staff member and agreed.

“I couldn’t understand,” she said. “We were not out of compliance. We were granted permission June 5.”

Saturday, July 4, McCranie reached out to other business owners, media, and city officials, and held a press conference to shine a light on the problem and try to bring about a quick resolution.

City Manager Christina Turner said she and her staff reached out to county and state officials, the ABC, and local businesses to learn what was said. The Morgan Hill Chamber of Commerce contacted other cities, the Morgan Hill Police Department and issued press releases and updated social media to provide updates to the community.

“We attempted to understand what, if anything, the county had not received from the state for outdoor dining to be permitted,” Turner said.

Morgan Hill Police Chief Shane Palsgrove said no one in the city of Morgan Hill or the county was given notice the state intended to start shutting down outdoor dining in Santa Clara County. 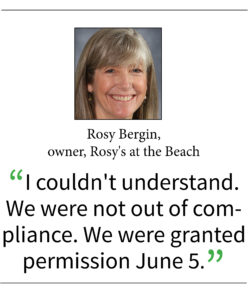 “Typically, we would be notified of this type of enforcement in our jurisdiction, but neither our department nor the Sheriff’s Office were notified that anything like this would be happening,” he said.

State officials said Santa Clara County restaurants did not have permission to open outdoor dining, according to John Carr, public information officer with the ABC.

The initial denial of the variance stemmed from differences in the way the county and state were calculating the seven-day average for hospitalization increases, Santa Clara County CEO Jeff Smith said.

Four days after the incident, restaurant owners were relieved when the county received the variance to open outdoor dining.

That same day, the state approved Santa Clara County’s plans to reopen many more businesses. Most businesses — except those explicitly listed as “high-risk” in the county’s new health order — may reopen with social distancing and mask requirements starting July 13, including long-closed nail and hair salons, barbershops and gyms. Groups of up to 20 people may gather indoors, while groups of up to 60 may gather outside.

Indoor dining won’t be allowed to reopen for now, joining a list of other high-risk businesses that require removing a face covering such as swimming pools, smoking lounges, saunas, steam rooms and heated exercise studios, according to the county order. Nightclubs, bars, stadiums and arenas, amusement and theme parks, concert venues and indoor playgrounds must also remain closed.

In addition, all businesses must continue to maximize the number of people who work from home, the order adds.

The reopening shifts the county’s strategy in fighting the spread of the coronavirus to a “risk reduction” model rather than a blanket stay-at-home order, said Santa Clara County Health Officer Dr. Sara Cody during a July 7 press conference. “At the end of the day, Mother Nature is in charge and we must adapt,” she said

The gradual reopening of Morgan Hill restaurants and other businesses will be good for the community, Mayor Rich Constantine said.

“It provides the clarity we were looking for over the weekend and were not able to get,” he said. “We are extremely happy this has now been resolved. However, we are still very concerned about the way this was handled by the California Department of Alcoholic Beverage Control and the economic impact it had to our already struggling restaurants over a holiday weekend.”

Turner said city officials will continue to work with state and county officials to ensure that they have a better line of communication in the future.

“After countless hours spent by key members of our city leadership team trying to resolve this issue, we are extremely thankful to have it resolved,” she said. “I want to extend my sincere appreciation to our restaurant community for hanging in there during this difficult and unsettling experience. We invite and encourage the entire county to visit Morgan Hill for a wonderful al fresco dining experience at one of our many fine restaurants.”