Despite a global pandemic, at SVCT the show must go on 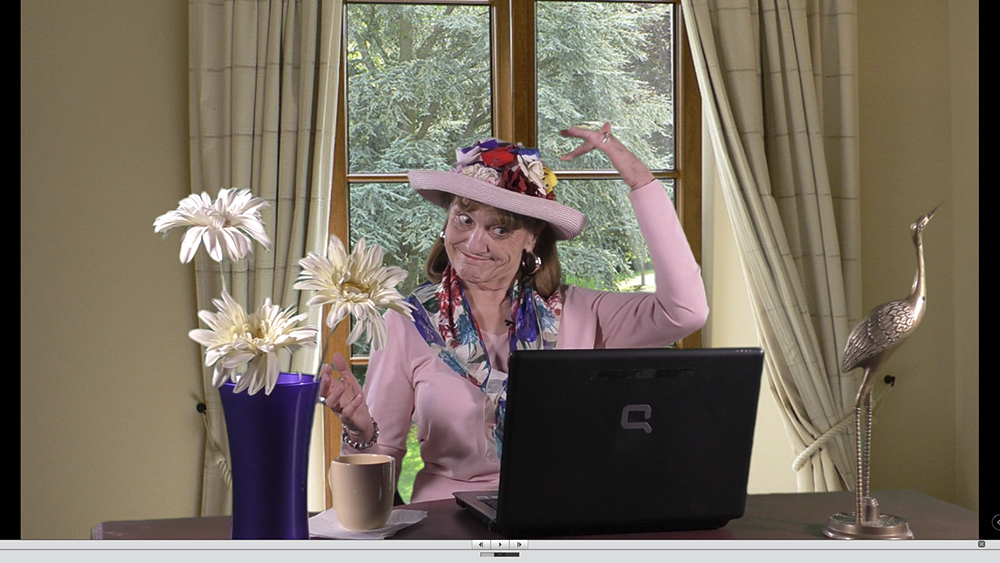 Even during the time of a pandemic, the show must go on.

While theaters on New York City’s Broadway and in London’s West End have closed their doors because of the COVID-19 threat to public safety, the South Valley Civic Theater is using online technology to entertain local audiences.

In mid-March, Santa Clara County’s Public Health Department put shelter-in-place orders to control the spread of the coronavirus. Overnight, theater groups throughout Silicon Valley had to stop the production or the rehearsals of their shows.

“The impact on South Valley Civic Theatre — the people and the organization — has been staggering,” said Elizabeth Mandel, publicity chairperson for the nonprofit group. 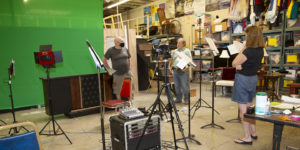 SVCT members are a creative bunch and everyone pitched in with ideas to try to continue providing theatrical entertainment for local audiences. The board encouraged individuals to run with their ideas as much as possible, and using the technology of online streaming to produce live performances people could watch from the safety of their homes has proven to be a hit.

“We are trying several different approaches,” Mandel said. “While we are not able to charge for these viewings, our audiences have been extremely generous with donations which are, for example, helping pay our monthly warehouse rental costs.” 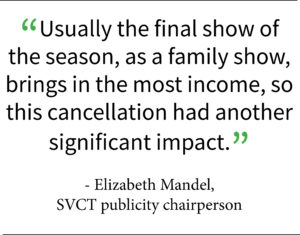 The first online show, “Kalamazoo,” was a two-person play with social distancing that relied on a new green screen that SVCT volunteers set up in their warehouse/rehearsal space in a Morgan Hill industrial area. They obtained rights to show it online. It was posted to YouTube for a single weekend and it was extremely well received by audiences.

“We had about 350 household views, so maybe 500 to 600 people watching it over a single weekend — amazing!” Mandel said. “Many people made generous donations, seemingly considering their donation as a ticket purchase. We did learn from this that the green screen editing can be extremely labor intensive, but hopefully we will do another one because the results were so terrific.”

The second online show, “Bad Auditions … On Camera,” was made available one time only through Facebook Live. It included 19 actors, all of whom participated live. The premise was that people were all auditioning for a role in a play and everyone had very different visions for the part. The hook for the audience to watch it live was that they were able to vote for who should get the part. With it being on Facebook and having both adults and teens participating, it broadened the audience a bit, Mandel added.

The third show is different from the other two in that it will be a one-actor performance. Bill Tindall will be reprising his acclaimed role as the eccentric author Truman Capote from SVCT’s 2016 production of “Tru.”  SVCT set up the stage at the Limelight Actors Theater in the Gilroy Arts Center to serve as Capote’s New York City apartment living room.

It was videoed during a recent weekend. Because no green screen was used the video editing was made simpler. SVCT’s “Tru’ will be made available on YouTube August 28-30. Patrons interested in viewing it will be able to request a link (which is their ticket) for viewing any time that weekend.

Tindall brings in laughs as well as sadness to the part, showing the struggles Capote is going through psychologically and with his use of drugs and alcohol at a time in his life when his literary peak was long in the past. 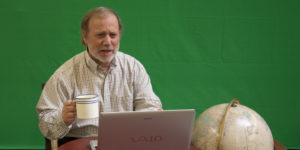 Actor Peter Mandel in front of a green screen during the video-recording of the SVCT show “Kalamazoo.” Photo courtesy Elizabeth Mandel/SVCT

“The play is set in the New York apartment of Truman Capote on Christmas Eve,” he said. “The audience becomes the confidants of Truman’s stories, rants and delusions as he indulges his addictions. He engages them, spilling all his emotions, fears and hopes and finally leaving them in shock in their own emotions.”

Tindall hopes everyone who sees the show will prepare themselves with some simple research on the writer and his life to understand Capote and his impact on literature.

“It is an adult show that will make you think and want to learn more about the author,” he said. “All of us working on the show have become Capote junkies, wanting to know more about this man who wrote two of America’s greatest literary works: ‘Breakfast at Tiffany’s’ and ‘In Cold Blood.’”

In the middle of March, the COVID-19 crisis brought a sudden end to the productions in SVCT’s 2019-2020 season. It had completed three weeks of the four-week run of its teen musical, “Rock of Ages.” It cancelled and refunded the almost sold-out final week. For that show, there were significant financial repercussions as well as the disappointment from the teens. COVID-19 shelter-in-place also forced the cancellation of the remaining two shows of the SVCT season, the musical “Cabaret” (which was well into rehearsals) and “Beauty and the Beast” (which had auditions scheduled).

“Usually the final show of the season, as a family show, brings in the most income, so this cancellation had another significant financial impact,” Mandel said.

The SVCT board has also cancelled the previously-announced 2020  shows of the 2020-2021 season. This includes the children’s musical “Honk” and the play “The Curious Incident of the Dog in the Nighttime.” The board has not made any final decision regarding the first shows planned for next year. There is a risk that with musicals, which require actors to sing indoors in confined space, there is a higher chance of virus transmission.

“If we are able to do shows in 2021, we anticipate we will probably start with non-musicals,” Mandel said. “Both the Limelight and Morgan Hill Playhouse seasons will need to be revisited.”

SVCT took over management of Limelight Theater in downtown Gilroy Jan. 1. It had three shows scheduled for 2020, all of which have now been cancelled. The first, “Tigers Be Still,” was about to open in March, the second, “Ripcord,” was scheduled for the summer, and the final show of the year was a holiday comedy called “A Nice Family Christmas.”

“We had also gone through the process of getting an annual liquor license for Limelight (which previously was issued permits on a show-by-show basis) and stocking up on wine,  and we had plans to expand the bar to include signature cocktails,” Mandel said. “So there were significant sunk costs as well as the disappointment of not being able to make the smooth to SVCT management of Limelight that we had eagerly anticipated.”

With no one in the Gilroy Arts Alliance Center and no shows underway, SVCT has been given the opportunity to upgrade the lighting at Limelight. The group received a generous grant from the Gilroy Community Foundation to replace the antiquated lighting, Mandel said.

“The money has been put to good use,” she said. “In addition, we are converting the Limelight stage into a ‘thrust stage’ (enabling a more intimate experience, with the audience on three sides), so work is proceeding on that.”