Upper Llagas Creek has flooded downtown Morgan Hill many times.  The good news is that in 2019 flood protection construction started. When voters approved the current Safe Clean Water parcel tax in 2012, Valley Water stated the project would be COMPLETED in 2017. But now, after four delays in five years, the proposed completion date is 2024, adding more winters of flood risk.

Measure S proposes to take away voter accountability. It is an early renewal of the 2012 parcel tax — but while the current parcel tax ends in 2028 and requires voters to renew it, Measure S doesn’t have an end date and will continue until “repealed by voters.” In essence, Measure S takes away our right to vote on results and plans. If we’re not getting value from our precious tax dollars, we need the ability to vote No. Upper Llagas Creek is just one of many flood protection projects that have missed their original schedule.

Sadly, people living on small lots proportionally pay the most. While Measure S mentions $0.006 per square foot, anyone on a lot smaller than a quarter acre pays $68 next year. Owners of smaller lots should pay less.

Measure S, without an end date, is not sounding so safe. The good news is that it is safe to vote no. The existing measure lasts eight more years — and includes funding for Upper Llagas Creek and all other current projects including the Anderson Dam seismic retrofit. Demand a better measure and vote.

Argument in Favor of Measure S

South County has a long history of fighting so we aren’t overlooked. Measure S ensures we have an adequate supply of safe, reliable water, same as our north county neighbors. Measure S is crucial to sustaining our communities, businesses, and farms. 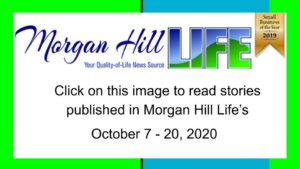 Measure S doesn’t increase taxes: it simply renews existing local funding we’ve relied on for 20 years. Seventy-four percent of voters approved the last renewal in 2012. It also requires independent citizens’ oversight, annual audits and exemptions to local seniors. All Measure S funds will be controlled locally for projects like the new Pacheco Reservoir and cannot be taken away by the state.

For us, Anderson Dam provides vital benefits including delivering safe, clean water to our homes. Measure S provides $54 million to the Anderson Dam Seismic Retrofit project to prevent dam failure and protects us from inundation and destruction. These funds also make us more resilient in the event of a natural disaster, enhance the valley’s water supplies, while also providing additional benefits of flood protection, recharged groundwater and production of local produce.

Valley Water understands they cannot complete these projects alone. Measure S dedicates $3 million in funding for grants and partnerships for cities like Morgan Hill and Gilroy, which may have had fewer grant/partnership opportunities in previous years. Additionally, Measure S includes $38.7 million to continue the ongoing coordination with local governments and agencies to help clean up large creekside encampments that may contaminate waterways. This cooperative effort includes working with municipalities, social services, and nonprofit groups that will help provide alternatives to the unhoused population.

We simply can’t afford to lose this important funding and put our local water supply at risk.