Old growth redwoods have bark of up to 18 inches or more at the base, making them resilient to fire

It was early August when I wrote a light and breezy column about the many peaceful visits I’ve enjoyed at Mt. Madonna. After it was submitted and formatted for publication, we experienced a record-setting heat wave and an unusually intense number of dry lightning strikes in the Santa Cruz Mountains and throughout the greater Bay Area. Much to my relief, Mt. Madonna suffered no ill effects except for a record number of days with very bad air quality.

Still, the tragic reality of so many homes and people’s lives lost or upended due to the fires weighs heavily upon us all. Big Basin State Park was engulfed in flames covering about 97 percent of its acreage. At this time, the assessments are underway as to how hot the fire burned and how much environmental destruction occurred.

We know redwood trees are very resilient to fires. Old growth redwoods have very thick bark of up to 18 inches or more at the base. Plus, the bark contains very little sap or resin, and the trees store vast quantities of water in their internal plumbing system. As the trees mature the lower branches are dropped, so a fire would have to be very aggressive in order to kill the crown growth where photosynthesis takes place. Historically, the summer fog pattern has kept the redwood forests and the understory plants moist so fires would be of low intensity. 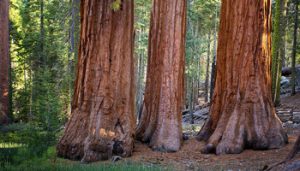 I thought of all the redwood science and natural history I have accumulated over the years during my walks at Mt. Madonna. With cooler temperatures in the forecast along with the hope of some refreshing evening breezes and marine influence once again returning, it may seem things are returning to normal in our part of the world. In my opinion though, this is only a temporary respite because the health of Mt. Madonna forest is not in good shape.

A 2019 report prepared at the direction of the Santa Clara County Parks Department addressed the forest conditions at Mt. Madonna. The Forest Health Plan recognized the park has experienced only one fire recorded in the Cal Fire database which extends back to the 1940s.

The 2008 Whitehurst fire was a low intensity blaze caused by a dry lightning strike near the eastern flank of the mountain and which was allowed to burn upslope to clear out some of the forest litter. Evidence of the fire can be easily seen near the Giant Twins trailhead as scorched trees are adjacent to Valley View Road. The Whitehurst fire burned 256 acres. Historical stories from the Gilroy Dispatch and the Gilroy Advocate written in the late 1800s report substantial blazes, with the resulting blankets of smoke, were started intentionally to burn forest slash, the residue of logging operations.

It is important to understand that almost all Mt. Madonna’s redwoods were clear cut for building materials, railroad ties and grape stakes. The tanoak trees were stripped of their bark for the tannin they contained and the bark was hauled to the leather tanneries. The dead trunks and branches were consumed by the slash fires with the debris eroding into the watersheds of Banks, Blackhawk and Bodfish canyons. 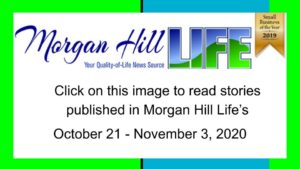 Both redwoods and tanoaks are able to sprout from their basal root systems so the forest has rapidly regrown, even reclaiming the orchards and vineyards Henry Miller planted and maintained until 1916. The 4,600 acres of Mt. Madonna parkland includes a variety of vegetation. The mixed redwood forest of 2,600 acres with madrones, tanoaks, and some Douglas fir is the predominant habitat. Only 400 acres of the park are developed for campsites, picnic areas and infrastructure.

Mt. Madonna is in danger from a serious fire event because the forest contains young trees of all about the same age, about 120 to 150 years old, which have sprouted in closely bunched patterns. The redwoods and the tanoaks have been in determined competition for sunlight with the redwoods winning the race. Tanoaks are susceptible to a soil fungus which eats the heartwood of the tree causing numerous failures adding more fuel to the forest floor. When combined with temperatures trending upward and inconsistent rainfall and fog patterns, the fire potential is becoming ever more hazardous.

In response, SCC Parks has followed a few of the recommendations from the Forest Health Plan including creating a shaded fuel break along Valley View Road, mechanical thinning of tanoaks in public use areas, and significant improvements to the water supply system. Much more difficult and expensive remediations still to be addressed are the removal of about 70 acres of full grown, non-native eucalyptus trees, improvements to the roadway access and escape routes, a re-examination of the definition of “defensible space” for infrastructure, and how and when to move forward with prescribed burns as a defense strategy.

I look forward to the day we can meet again at Mt. Madonna and discuss the topic of fire ecology. The reality is that we are in a bind without easy solutions. My hope is that Mt. Madonna will remain a refuge for nature, far from the modern problems we have created, and a place where we, and future generations, can enjoy a good saunter.