Story teaches children about the different roles of service dogs 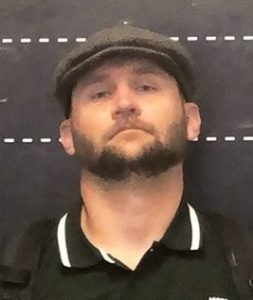 About a year ago, I started working for the nonprofit Operation Freedom Paws. Their mission is to pair rescue dogs with veterans and individuals with disabilities and train them together to restore their freedom to live life. So far, almost 400 clients have been matched with rescue dogs, all thanks to the vision of one woman, Mary Cortani.

While I was working at Operation Freedom Paws,  I wrote an article for Morgan Hill Life about the incredible things I witnessed there. Later, while I was taking care of a Golden Retriever puppy named Dakota, I was struck by an idea. What if I partnered with Mary to write a children’s book that could teach kids about service dogs through the perspective of the service dog’s eyes? That idea was the beginning of “Four Paws, Two Feet, One Team.”

After many drafts and some help from family and friends, Mary and I finally came up with a manuscript we felt would educate children about the different roles of service dogs, including those who serve veterans who face physical and mental challenges after their service. My goal in taking on this project and partnering with Mary was to continue her mission and grow her inspiring nonprofit organization. 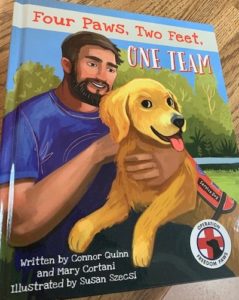 With Mary’s approval, I set out to find an illustrator who could bring the story at the heart of Operation Freedom Paws to life. I knew I wanted that collaborator to be a local Bay Area artist. After posting an ad online, I met with Susan Szecsi, an illustrator who lives in the East Bay. She was willing to visit San Martin and experience Operation Freedom Paws so she could capture the spirit of what she saw in person on the page. Not only is Susan a gifted artist, but she’s proven to be an incredible asset in navigating the world of children’s book publishing, too. It was her suggestion to create a Kickstarter campaign with two goals in mind, to pay Susan for her illustrations and to pay all the publishing costs. The campaign was launched in July 2019. We had 30 days to hit our goal of $10,000. We were thrilled we not only met our goal but exceeded it by $1,000. Thanks to the generosity of our supporters we were able to put money toward our marketing efforts.

Unfortunately, our publishing timelines and personal lives were put on hold when the COVID-19 pandemic happened. However, there is a saying, “Good things take time. Great things happen all at once.” Despite the surreal year 2020 has been, it has granted us some respite. In September, we felt a deep sense of pride and appreciation as 250 finished books were delivered to Operation Freedom Paws.

We now look forward to the official release date of “Four Paws, Two Feet, One Team” just in time for the holiday season Dec 1. The community of Morgan Hill has been near and dear to us throughout this experience and because of their support, we would like to offer an early release at  BookSmart Nov. 11 in honor of Veterans Day.

I would like to thank everyone who was involved in 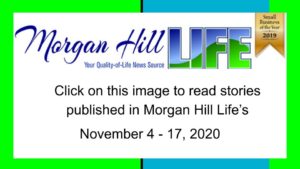 making “Four Paws, Two Feet, One Team” possible, particularly Mary Cortani, Susan Szecsi, Kevin Nguyen, Katie Bailey, Janice Madrid, Jillian Wilson, and Emilio Gallegos. Thank you to all my fellow veterans for everything you’ve done, everything you do, and for everything you will continue to do in the future. And thanks to all the service dogs at Operation Freedom Paws for providing all their four-legged inspiration.

Connor Quinn is a former U.S. Army soldier and former Morgan Hill resident who now lives in San Jose and is involved with Operation Freedom Paws.