A letter from publisher Marty Cheek: Be a ‘hero for humanity’ by supporting Vision-2020 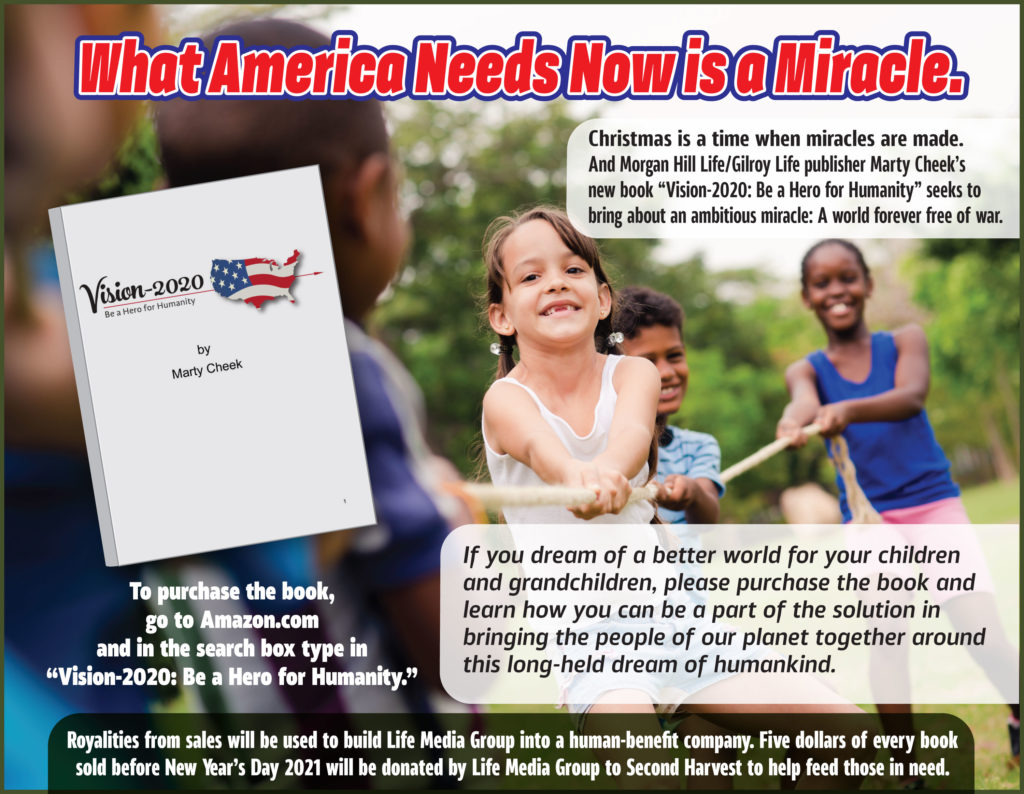 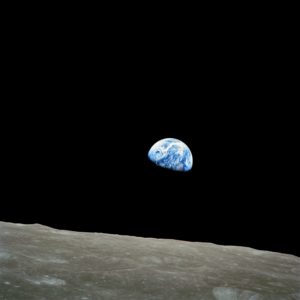 Astronauts on Apollo 8 took this photo of the Earth as seen from the Moon on Christmas Eve 1968. It helped humanity see how we live on one home world and need to care for it. Photo courtesy NASA

What America needs now is a miracle. Christmas is a time when miracles are made.

We live during a turbulent time when the people of our nation are more politically and socially divided than since the 1850s run-up to the Civil War. Our polarization endangers our democracy. It can lead to widespread violence across our country if the leadership of both major political parties fail to find a way to unite us.

President-elect Joe Biden promises to bring us back together again. Unfortunately, the contentious 2020 general election and its aftermath makes that job nearly impossible. But maybe, just maybe, like in a classic Frank Capra movie, a miracle might happen. Maybe Americans might take a chance and take real action to bring about our own miracle to cure the cancer of our national polarization.

What we need for this miracle is an audacious project, one that is so bold and beneficial that people of opposing ideologies absolutely must support it. Landing men on the Moon in the late 1960s and early 1970s proved that we can be united by an exciting human adventure. President John F. Kennedy understood that men, women, and children seek to be a part of a story full of hope for the future. Watching on TV the daring journey of the Apollo 11 mission to Earth’s celestial sister world united all of us for one brief shining moment during a turbulent time.

What might be an even greater goal for us Americans? This holiday season let’s give our children and grandchildren the greatest gift of all delivered by Christmas Day in the year 2040: a world forever free of wars. A world full of peace has been a dream of mankind for millennia. Humanity has long sought for an end to the violence and injustice, the death and destruction caused when nations battle each other. We now have an opportunity using media technology to achieve that dream. 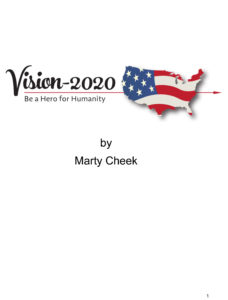 Click on this image of the book’s cover to see the table of contents and the first chapter of Vision-2020: Be a Hero for Humanity

We live in a dangerous point of time in human history. There is a high probability that America and China by the mid-century will find themselves in a conflict with each other that most likely will grow into a global war as their allies join the fight.

History teaches us time and time again that “When a rising power threatens to displace a ruling one, the most likely outcome is war.” This principle is known as the Thucydides Trap, named after the 5th-century historian of the Greek city-state of Athens who reported on the Peloponnesian War.

How can we avoid the Thucydides Trap? We at Life Media Group are working on a project that, if it succeeds, will bring all Americans together in a spirit of common humanity. This project is a movement called “Vision-2020.” It seeks to achieve a better world for all the people on our planet. Among its top goals is a world where “Peace on Earth, Goodwill toward Men” is much more than a Christmas card sentiment. 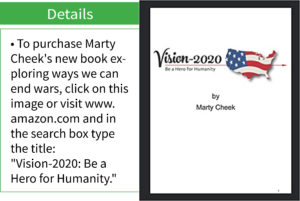 We can achieve this golden goal in the next 20 years. It won’t be easy, but it will be a necessity if our species is to survive beyond the 21st century. If you love life, we ask for your support in this ambitious endeavor.

I recently self-published a book titled “Vision-2020: Be a Hero for Humanity.” The new book is available on Amazon.com and costs $30. Purchasing the book for yourself or as gifts for friends and family will support the Vision-2020 movement in several ways.

It will finance Life Media Group to build our business as a human-benefit company that focuses on creating transformative media innovations to enhance the quality of life in local communities across the country. And if a critical mass of Americans purchase the book, their support will send a message to our nation’s leaders: people hunger for peace and demand we as a nation stop fighting and start uniting.

The Vision-2020 movement can serve as our Christmas miracle and open the door to a much better year in 2021. We Americans have a choice of destiny. We can continue following the path to our democracy’s eventual oblivion — and perhaps the self-extinction of our species. Or we can follow a path to peace, a path to a true and forever freedom from war.

As President Kennedy noted following 1962’s Cuban Missile Crisis, “Mankind must bring an end to war, or war will bring an end to mankind.” The world went to the brink of nuclear Armageddon during those dark days. It can happen again. That’s why we encourage you to support Vision-2020 by purchasing the book and show our leaders you seek an end to war in 20 years.