Your Pets … with Dr. Jeanne Haggerty-Arcay: Scientists still studying impact of COVID-19 in minks, other animals

Infected mink have symptoms similar to humans, with lethargy, loss of appetite, respiratory illness and death. 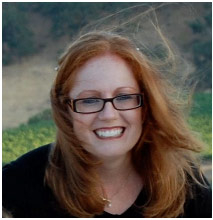 The COVID-19 global pandemic has dominated the news and how we live our lives for nearly a year. The ways in which our lives and the lives of our children are, and will be, affected are just starting to be appreciated. We started with quarantine, food shortages and the many illnesses and deaths then started to see the effects of quarantine fatigue and the mental effects of at-home learning in our students.

Financial devastation has hit many households and businesses and will leave a lasting impression on many others. And while we continue our battle against the virus with groundbreaking vaccines developed in record time, the virus continues to find ways to survive through adaptation and mutation. 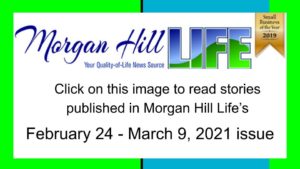 A reportedly mutated form of the COVID-19 was initially reported in a mink farm in Denmark after exposure to sick farm workers. The government ordered the culling of the nation’s entire mink population due to fears that the virus may mutate and spread back to humans in a form that was resistant to the newly developed vaccines.  Out-rage over the culling and questions about its legality loomed as scientists worried about the ability of the virus to continue to adapt.

Cases of infected mink have been reported in farms in Oregon, Washington, Ohio, Utah, Michigan and Wisconsin, according to some online sources. Infected mink have symptoms similar to humans, with lethargy, loss of appetite, respiratory illness and death. The mink outbreaks remain somewhat out of the public eye, likely because the infections have been identified primarily in farmed mink, which has been an industry long targeted by animal activists.

According to the USDA APHIS, a government agency that provides agricultural and biosecurity guidelines and oversight, human to human transmission still remains the main spread of the virus, and that transmission from mink to humans is low. But they do state that further studies are needed to understand the role of mink and other animals in the transmission of the virus back to humans. They go on to outline protocols and biosecurity measures for handling outbreaks of the virus in U.S. mink farms.

However, because the farmed mink industry remains targeted by animal activists, some farms exist under the radar and may be overlooked by government oversight. So there are concerns that these farms in particular may continue to provide refuge to mutated forms of the virus and these farmers may be reluctant to report cases to government officials.

Despite APHIS’ reporting of low transmission of the virus from mink back to humans, some reports infected mink have been traced as the source of human infections. This has become a serious concern for some scientists. Viral control has already been difficult. When an additional species becomes involved, there is an increased risk for virus mutation and we lose some of our control measures, especially as the virus spreads into the wild populations, as it has in some wild mink populations.

So why do we care about mink? We care because virus transmission through mink may just be the tip of the ice-berg. Coronaviruses are extremely adaptable. New reporting has indicated that the virus may also be able to replicate in pigs and other more common animals. Cases of viral transmission back and forth between animals and hu-mans allows for additional mutations and makes control of the virus much more difficult.  We have a tremendous amount to learn about the role of animals in COVID-19 and scientists remain vigilant.

Jeanne Haggerty-Arcay
Contributor at Morgan Hill Life
Dr. Jeanne Haggerty-Arcay received her undergraduate degrees in biology, biochemistry and Spanish from the College of Notre Dame, Belmont. She graduated from U.C. Davis School of Veterinary Medicine. She enjoys spending time with her husband and three young children.